It came as a successor to the DB9.

It was the first Aston Martin to feature a turbocharger.

It is also the first Aston Martin to cross the 200mph barrier.

It is offered with both V8 and V12 engines.

The V8 engine is a Twin-Turbocharged Mercedes-Benz engine, putting out 510hp and 675 nm.

The Volante, the convertible DB11, is only offered with the V8 engine, as the car already weighs 110 kgs more than the V8 coupe.

The additional chassis stiffening, etc., contribute to the extra weight of the convertible.

The DB11 comes mated only to an Eight-Speed automatic ZF transmission (Torque Converter).

The transmission is rear-mounted for better weight distribution.

The revised engine put out 630hp; the gearbox was tuned for a better shift time, all helping in a 0-100 timing of 3.5 seconds.

It featured a Stirling Green paint scheme, with reworked interiors with green stitching. It also came with lightweight forged 20” alloys.

In 2018, they removed the AMR name from the lineup to simplify the naming.

The V8 engine also received an update, thus increasing the output of the engine to 535hp from the former 510hp.

In terms of fuel efficiency, the V8 delivers a respectable 8 km on highway runs, whereas the V12 delivers nearly 5-6 on highways, as expected from a high-capacity engine.

The DB in the Aston Martin DB series means David Brown. Sir David Brown is the person who purchased Aston Martin and Lagonda together for the car business. Since then, it has been the nameplate for every one of the best to ever come out from the Aston Martin stable. The DB11 came in as the successor to their earlier grand tourer, the DB9. This was also the first model from Aston Martin after the tie-up with Dialmler.

The DB11 no longer uses the VH platform and is now an entirely new car.

The DB11 has got refreshing new looks and styling elements from its predecessor. It is an advanced car in both technology and power. The Aston Martin DB11 is offered in three variants, namely the DB11 V12, the DB11 V8 and the convertible DB11 Volante, which is offered only with the V8 engine spec.

The main USP of the DB11 is that it is still one of the best Grand Tourers currently available in the market. It still provides the best balance of power and comfort, the ideal balance that one would expect from a grand tourer.

The price range of the DB11 starts from nearly 3.0cr ex-showroom. The main rivals to the DB11 are the Ferrari Roma and the Bentley Continental, all of these being grand tourers. Grand Tourers are getting more attention in recent times; thus, the competition has also expanded!

The seating position of the DB11 is an excellent place to be in, providing the ideal posture for a comfortable ride.

Aston Martin features the gear selectors placed on the dash, which is a good place to keep the selector; since it frees up the usual place, the hand rest becomes more practical.

Being the first DB line-up cars to feature turbochargers, the DB11 becomes the first among the DB11 lot to cross the 300mph mark.

Amongst the competition, the DB11 makes the perfect blend of power and comfort without compromising on agility.

Amongst the grand tourers currently available, the Aston Martin DB11 has the biggest engine.

The V12 is throaty and produces a good punchy exhaust note.

The drive train and the suspension get different modes.

The car feels connected to the road and gives the user ample feedback.

Cheapest amongst the competition.

For the amount of money, the interior is one of the worst amongst the competition.

The touch screen is carried over from Mercedes; it is not the best even though it's a nice unit.

The driver's display featuring the needed gauges are all digital, but it feels cheap.

The rear seats are not at all practical. It can only be used for keeping things rather than seating a grown adult.

The chopped carbon and black interior combination gives it a rather gloomy look.

The rear end of the car is flanged and is ultra-wide thus; one must take extra care when reversing the car. 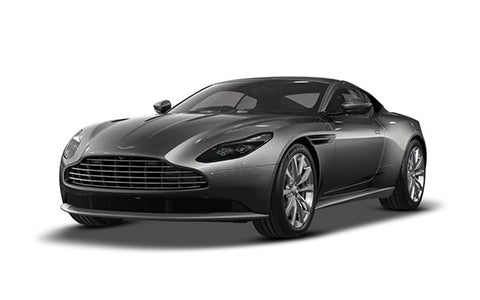 So, is the Aston Martin DB11 the ideal car for you? Well, as we all know, the Aston Martin DB11 belongs to the Grand Tourer category. Amongst the competition, the Bently Continental will offer you the most luxurious car, whereas the Ferrari Roma is the sharpest to drive. So, where does the DB11 belong? It is the right mixture or the best of both worlds. You should treat it as a luxury Yacht rather than a speed boat. The DB is coming with the last of the dying breeds, a V12 engine. You all know the internal combustion engines will soon die; even before that, many manufacturers will pull the plugs on big engines like these. You might never see a big and glorious V12 engine shortly, so if you decide to get the DB11, you will never be disappointed with the powertrain.

You will enjoy the drive because the seats are extremely comfortable, and it will help you for a fatigue-free comfortable ride.

Aston Martin comes with all the loaded safety features like ABS, EBD, tyre pressure monitor, vehicle stability control, airbags and so on.

If you don’t care for the V12 characteristics, you can always get the smaller brother v8 for a lesser price. The V8 DB11 is surprisingly more nimble and agile than its big brother. The V8 DB11 feels more like a sports car than a grand tourer, and it is much better around the corner as well. The choice of the beast is purely yours!