The DB9 was a completely new car. The DB7 used an extensively modified Jaguar XJS chassis.

The engine then subsequently received two major power bumps in the later years.

The engine produced around 470 hp and 600 nm by the first update.

The Aston Martin DB9 was married either to a 6-speed manual or a 6-speed ZF automatic gearbox.

In 2009, the automatic gearbox received an update, known as the “Touch Tronic 2”, which allowed even faster shifts, thus reducing the shift timing.

Other than the engine tune-up, most were merely cosmetic.

The DB9 in its last iteration had a Carbon edition, which mainly came in Carbon Black and Carbon White.

During the 2013 update, the DB9 received a major engine overhaul, more safety features and updates like the Carbon Ceramic brake pads.

There were two track-focused models for the DB9, the DBR9 and DBRS9.

The DBR9 was co-developed with Prodrive.

The DBRS9 also came with the same engine spec but slightly detuned.

The Aston Martin DB9 came in to replace their all-time hit model DB7, which sold for more than 7000 units. The DB9 was produced between the period 2004-2016.

The Aston Martin DB9 came mainly in two different body styles; the 2 doors 2+2 Coupe and a 2 doors convertible. You can't mistake a DB9 with something else! The front end is styled with the typical Aston Martin slate grille, and the overall proportions of the car served its purpose as well as complemented its looks.

The DB9 was priced nearly at around 3.6 crores. Being a grand tourer, it was the car’s main USP. The car was greatly appreciated for its rather softer rider, which helped the drivers cover the longer distances without much fatigue.

It is a Grand Tourer. Unlike other cars, this thing not only looks great but also carries all the luxury goodness one expects from a car.

The car was relatively softer than its rivals, thus making the ride exceptionally good.

It came loaded with features like SatNav, for routing the journey, fully leather interiors of excellent quality.

The coupe models also came with 2 additional seats at the back, thus making it an occasional 4-seater car.

The V12 engine sounded exceptionally good and was excellent for driving with great punch delivered.

The Car will turn heads every time you take it out. It is one of the most elegant-looking cars you can ever find and own.

Astons are not that common; it is an object of identity.

Since the car is on the softer side, the lack of stiffness has made it receive many negative comments.

It was mainly because, since it was not that stiff, it compromised in handling when compared to the competition.

The back seat received many comments, as it was merely a luggage holder. It was never a nice place to be in.

Like all sports cars, the cars lack boot space capacity.

Aston Martins being rare makes it extremely difficult to find an outside mechanic to do some cost-effective services.

They are extremely expensive to maintain, and spare parts cost a fortune.

The SatNav, which first came with the car, was extremely difficult to use; thus, Aston Martin had to replace it with a more robust unit. 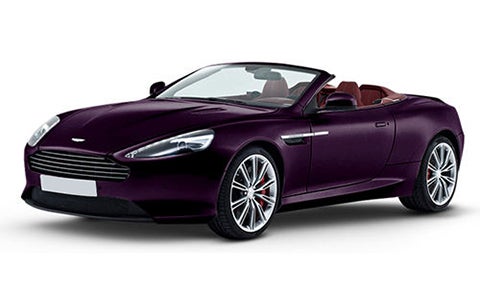 The need and use are the ultimate deciding factor for selecting any car. The same applies here as well. You need to understand that Aston Martin is a brand that was formed way back in 1913. Over the years, from developing only race cars, Aston Martins have come a long way. The main reason you should consider yourself buying an Aston Martin DB9 is that it is a Grand Tourer, which means you can take it to places without breaking a sweat or even your back. The racing seats are extremely comfortable for daily driving, and the car as a whole is more street tuned than being a track-oriented car.

The car was a little pricey over its competition, which is why they are rare, and thus you will get an exclusivity over the car. Aston Martins are not that associated with reliability, but the 5.9L V12, since being an NA, was almost bulletproof if taken care of at periodic intervals. Also, you would smile each time you put that pedal to the floor, all thanks to the glorious-sounding V12, which will soon become a thing of the past. So, if you are looking for a relatively reliable, exclusive, good looking, usable exotic, then the DB9 will cut for you! You need to keep in mind that all these exotics should be maintained with proper quality tools and parts. Going for cheaper alternatives will only be a temporary solution, which will cost you even more in the future!