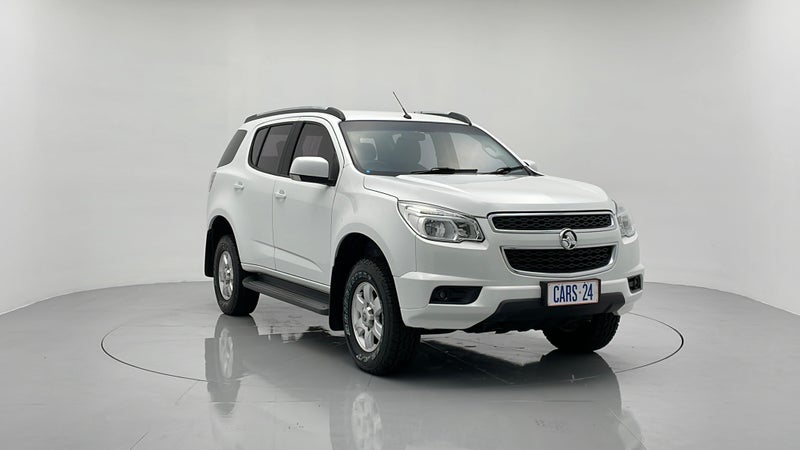 The Holden Colorado 7 has a grunty 2.8-litre four-cylinder turbocharged engine that suits the gruff no-nonsense character of the car. The torquey engine is mated exclusively to a six-speed auto transmission.

Value was a key part of the sales pitch with the Colorado 7, something that showed up in its generous list of features that includes alloy wheels, a reversing camera, Bluetooth phone connectivity and rear parking sensors.

That"s for the base LT model, while a better equipped LTZ also gets an electric driver’s seat and some leather in the cabin.

Late in the Colorado 7’s life there was a Trailblazer limited edition model, which was the name the car eventually adopted when it was updated in 2016.

A constant with the Colorado 7 is its rugged off-road ability. It’s a proper off-roader with decent underbody protection and a dual-range transfer case.

Any proper 4WD comes with on-road compromises and the Colorado 7 isn’t as city slick as lower-riding SUVs. Instead, its suburban manners are honest and rugged.

But it also easily devours family duties. Middle row space is absolutely fine for lanky teenagers and split-fold functionality for the second and third row seats improve loading options when heading off on the big trip – or for carrying bikes or surfboards.