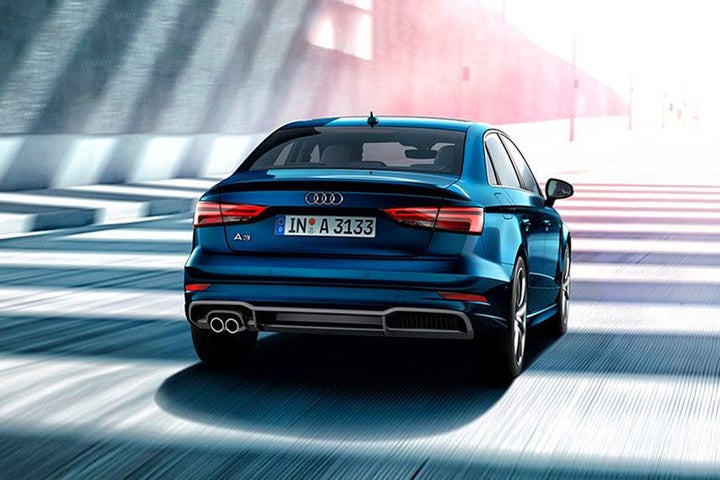 History - The A3 model from Audi was launched in 1996. It is the fourth-generation model manufactured based on the Volkswagen Group MQB platform. The original A3 was a three-door hatchback, the production of which was halted in 2006. In 1999, the updated version with a powerful engine and a five-door body. The model received minor cosmetic changes and a 6-speed manual gearbox in the next versions. The later updates came with electronic stability control.

Fuel type - The Audi A3 comes in two fuel types - petrol and diesel.

Transmission/gearbox options - The DSG automatic gearbox is 7-speed for petrol with a fuel efficiency of 19.2 kmpl. The diesel variation is automatic, too, with a 6-speed transmission with a fuel economy of 20.38 kmpl.

Safety features - The Audi A3 is equipped with tons of safety features and the standard model. Brake Assist features seven airbags with side airbags, front airbags, and rear airbags. Other features include ABS, Electronic Stabilisation Control, EBD, traction control, crash sensors, and seat belt pre-tensioners in the front and rear seats.

When Audi introduced the A3 to the Indian market, it came with a premium luxury sedan tag. It received an update in 2017 with the petrol engine offering a fuel economy of 19.2 kmpl. One of the noteworthy feature updates to the A3 is the new petrol engine. It is a 1.4-liter turbocharged FSI (Fuel Stratified Injection) engine petrol fuel-type with 7-speed automatic transmission. The diesel engine is a 2.0-liter with 6-speed automatic transmission.

Audi A3 has enhanced security features with seven airbags, a digitized stability control feature, and a secure Anti-Lock Braking System (ABS). The sunroof offers an enhanced quality panoramic view of the outdoors. The other top features include the climate control feature in the dual-zone with rear AC vents and the advanced touchscreen infotainment system, seven-inch big. Other new features include the 16-inch alloy wheels, full-LED headlights, dynamic indicators on the taillights, hexagonal chrome outlined front grille, chiseled front bumper with thinner air vents, new steering wheel with three-spokes, the frameless rearview mirror inside, and a fresh-looking MMI screen. The USP of Audi A3 is the synchronized and standardized Audi Production system.

The biggest rivals of the Audi A3 are the Mercedes-Benz CLA and BMW 2-Series.

Audi A3 Price in India 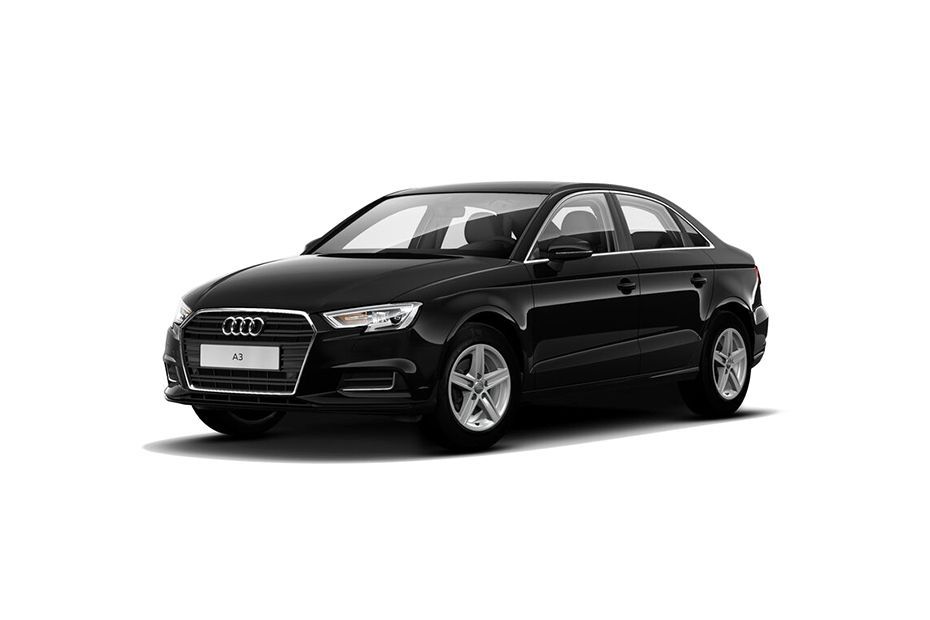 VIEW ALL Audi A3 COLORS

The look of the compact car is ultra-classy and sophisticated. Even if the design is a bit understated, the build quality of A3 is unquestionable.

This is a feature-rich car. Be it the LED head or the taillights, the sunroof, the turn indicators, or the retractable Audi Multimedia Interface with voice commands; all the latest additions are impressive.

The car's interior is equally well-designed with impeccable finish and good fixtures.

The dual engines are extremely fuel-efficient, offering a satisfying driving experience. The fuel efficiency has gone up from 16.60 kmpl from the earlier version to 19.20 kmpl.

The car has got a futuristic facelift from its previous version. The compact build makes it comfortable to drive in crowded places, especially in cities and towns.

The intuitive voice commands enable seamless driving and are a big comfort for drivers.

The interiors of the A3 have sophisticated ergonomics, a simple layout, decent cabin space - uncomplicated and unfettered - it is a practical compact luxury car.

The new car's engine is almost 100kg lighter than the engine of the earlier version.

Given the price of the Audi A3, the cabin space is constrained.

The car is bereft of paddle shifters even when the powertrain is engaging.

The center console and the passenger doors have dummy buttons that discredit the entire look of the interior.

The petrol version of the Audi A3 takes 8.2 seconds to sprint from 0 to 100 kmph, whereas the earlier versions would take 7.3 seconds. 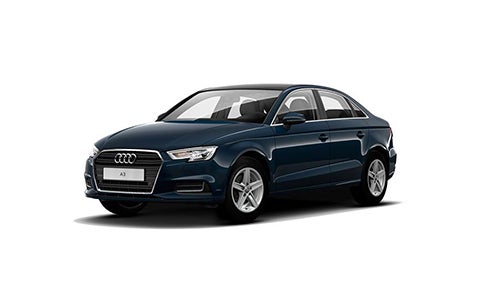 VIEW ALL A3 IMAGES

What is really impressive about the car is the butter-smooth motor and refined engine. When the car is started, there is hardly any sound to indicate if it is running or not. Only when the accelerator is pressed hard is there a slight noise, but it is not about any vibration in the cabin; the tires make the noise.

The car is easy for city driving, offering smooth gear changes. The car is extremely throttle input sensitive. The transmission is invariably quick, not giving the slightest jerky feeling to travelers inside. The only missing link is the missing paddle shifters. However, the diesel version is slightly noisy, especially when the engine is idling; one can feel the jerks. A bit of nudge is required in the diesel version to get to the desired smoothness.

One of the biggest drawbacks of the A3 is its cabin space. Even if the space is better equipped than its closest competitor, the Mercedes CLA, the space is limited, especially considering its price. The other shortcoming is that the car starts to get strained around 5,000 rpm. Other than that, the car cruises smoothly on the highway. The cylinder-deactivation feature deactivates two out of the four cylinders for increased efficiency, and all four cylinders are activated to offer performance. However, the car is noted for being a great cruiser.

Overall, the Audi A3 is smooth and comfortable, even on potholed roads. Front and rear-seat passengers are at absolute comfort on highways, city roads, broken patches, or crowded lanes.

VIEW ALL A3 Features