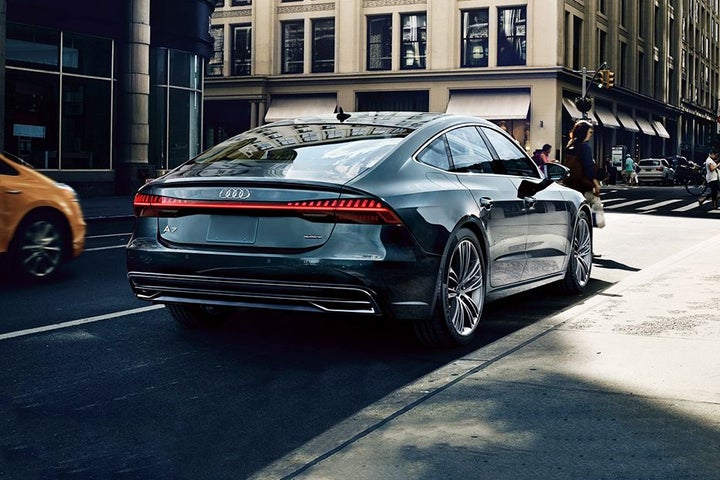 It is equipped with a 7-Speed S Tronic torque converter automatic gearbox that can seamlessly perform with the bigger twin-turbocharged engine. It also gets paddle shifters that facilitate quick gear changes along with all drive (Quattro) for channelling the power to the wheels.

It is set to be launched as a diesel variant with a tank capacity of 65 litres and averages around 9.7 km pl. This would set its long-range mileage to 630.5 km.

It gets a lot of features as standard with the new upgrade like the rear AC vents for dual-zone climate control, seat with lumbar support for better seating posture, adaptive air suspension to soak the shocks from the bumps, which make it a good deal even at the entry-level.

The latest model of the Audi A7 was launched in 2021 but has been discontinued in India since 2015. However, Audi is expected to launch the newer version as a sportback with exterior styling and interior design upgrades. The latest model would be introduced with a diesel engine, but currently does not have any petrol or electric option on offer. The A7 has competed in the luxury sports sedan segment since its initial launch. It competes in the segments with models such as the Mercedes-Benz AMG GT 4 Coupe, BMW 5 Series, Porsche Panamera. The latest generation model offers a distinctive design, resulting from the car having a sportback chassis with a sloping roof. It also gets upgraded headlamps with cutting-edge road and traffic sensing abilities. Its improved design with refinements added to the body design helps it with stabilizing its body while travelling over higher speeds and give a good amount of control to the car. It is astoundingly quick for a production car and has over 330 hp and over 350 Nm of torque to make it a quick car with lots of performance.

Although it has the character of a supercar, it excels even more in terms of safety, comfort and convenience. It comes loaded with features like Electronic Differential Lock, ESP With Electronic Cross Axle Lock, traction control, front and rear parking sensors with cameras, rain-sensing wipers and a total of 8 airbags. These advanced mechanical attributes add to the safety and make the driving experience more secure. 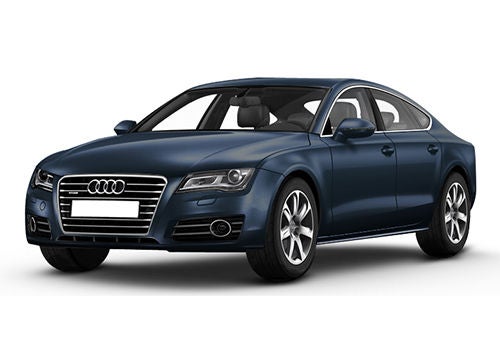 VIEW ALL Audi A7 COLORS

A luxury sedan of its size and design, it offers good mileage and range for long-distance travels.

Driver assistance features such as rain-sensing wipers, parking sensors, cameras, and maneuvering assist make this model fairly convenient and easy to drive even under difficult conditions.

Audi’s virtual cockpit allows the driver to access all the necessary information right in front of the steering wheel. One can monitor tire pressure, range of the vehicle, engine temperature along with other functionalities such as climate control and information about the mechanics of the car.

The A7 offers a decent amount of luggage carrying capacity, which is a little more than 500 litres. We often see this amount of storage in smaller SUVs.

The sportback design gives a neat and distinctive look that makes it stand out from other models in the segment and provide a sense of sophistication and elegance.

With an expected price of Rs. 90 Lakhs, it comes at a significantly higher price than its rivals such as the Toyota Camry and BMW 5 Series,

Although the infotainment system is quite advanced and offers enormous features at one’s fingertips, it's not the easiest to use and needs some getting used to while operating it.

Even with a generous amount of luggage space on offer, the storage space in and around the cabin is a little scarce. Door pockets are smaller and the compartments in the cabin are fewer than expected.

It only offers a single-engine, which means buyers have only one option to choose from. 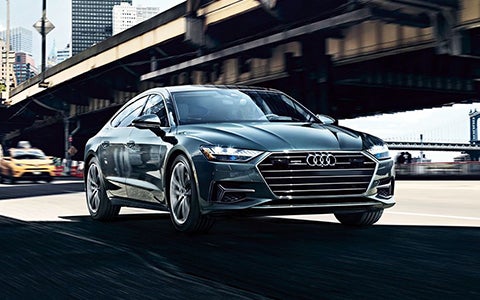 VIEW ALL A7 IMAGES

Although the luxury sedan market has only grown a little in the past few years, with the features and technology offered by the Audi A7, it can compete with its rivals fairly well. It is a balanced blend of performance and luxury while giving a sense of adventure through its character. It is also a good car in terms of economy, as it can provide nearly 10 km per litre of mileage under ideal conditions. Moreover, it appeals to the younger generation of buyers looking for performance with the assurance of safety and without being too obvious and obnoxious. The luggage space is a winner as it can accommodate a good amount of cargo for a long weekend trip and facilitates comfort for the passenger to make their journey enjoyable. The driver assistance systems in place work spectacularly well and can aid the pilot in any foreseeable situation. The Quattro all-wheel-drive systems are one of the best systems in the market and, paired with Audi’s virtual cockpit, make the handling of the car very effortless. However, the pricing makes it a little inaccessible for a larger group of buyers, but given the amount of quality and components on offer, it seems like a fair deal. The A7 offers fun, performance, and practicality to buyers looking for more than just a daily drive and wants a pinch of sportiness in the character of the car they buy.

VIEW ALL A7 Features