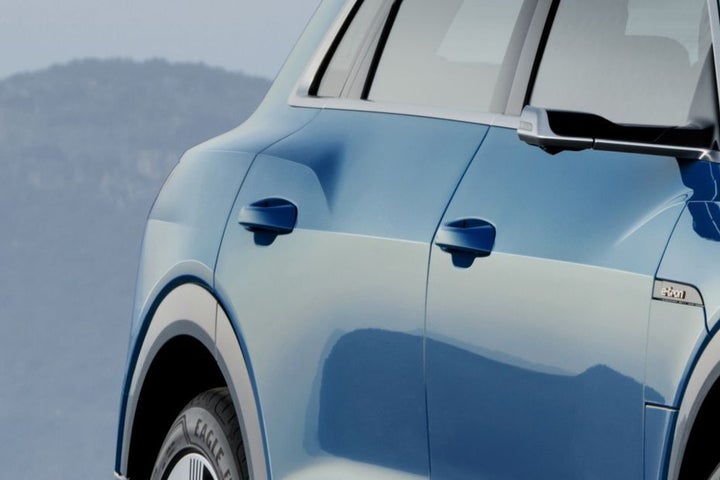 In just ten years, we've come a long way. When the first e-tron was shown in 2009, it had 313 horsepower, could accelerate from 0 to 100 kilometres per hour in 4.8 seconds, and had a claimed range of only 248 kilometres.

The e-tron’s lifeblood comes in the form of a 95kWh battery that’s mounted beneath the passenger shell.

Under typical conditions, the e-tron utilises its rear electric engine to drive itself, and it's just when the driver's right foot requests more power than it can supply, the all-wheel drive reallocates torque to the front axle.

The car offers a maximum torque of 540, and it is an electric vehicle.

It is the best luxury EV SUV of the current lot, and it is the least demanding SUV out of the lot. The standard air suspension is a blessing on the rough roads of India.

Audi means class. The German automobile company launched its first electric vehicle, the Audi e-tron. The e-tron comes in the shape of a five-seater SUV and it doesn’t look like other electric vehicles. It looks just like a luxury SUV and offers the space and practicality that a big luxury SUV offers. The car comes in two body styles: Standard (SUV) and Sportback (SUV-coupe) and it is offered across three variants: e-tron 50, e-tron 55 and e-tron 55 Sportback. The car is available in a range of 9 colours: Brilliant Black, Typhoon Grey Metallic, Navarra Blue Metallic, Siam Beige Metallic, Glacier White Metallic, Catalunya Red Metallic, Floret Silver Metallic, Myth Black Metallic and Galaxy-blue-metallic.

The ex-showroom price of this power-packed vehicle is between Rs.1 crore and Rs. 1.18 crore.

The all-electric Audi e-tron locks horns with the Mercedes-Benz EQC and Jaguar i-PACE.

As compared to its rivals, the Audi e-tron comes as a package of luxury, practicality, performance, tech and range. The package is hard to beat.

The future looks surprisingly 'current', and everything about the e-tron, including the driving experience, is undeniably Audi, and that is something extraordinary.

What's fascinating here is that the driver can change the degree of re-gen utilising the paddle shifters on the steering wheel. In the most elevated re-gen setting, the e-tron will decelerate and halt quickly when you get off the accelerator.

The e-tron is comfortably spacious, and the performance is instantaneous.

The styling of the Audi e-tron is relatively conventional when compared to its rivals. It doesn’t seem to have the wow factor that its rival electric vehicles have.

The e-tron is among the most un-proficient EVs available, netting only 82 mpg-e joined and 238 miles of reach in the most efficient arrangement.

The pedal of the e-tron is firm enough.

The brakes do not have enough off-throttle.

The car takes a long time to charge, longer than its rivals. 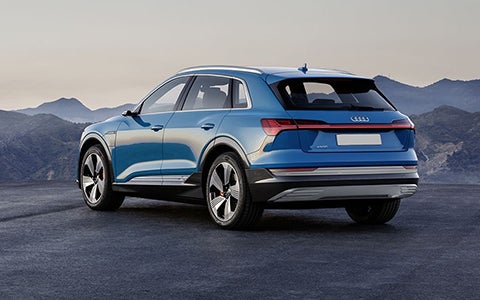 The e-tron responds like a steadfast competitor when you push the throttle pedal, speeding up unequivocally compared with any remaining vehicles around you. With over 400bhp and 664Nm of instantaneous torque under your right foot, the e-tron is fast and is effectively fit for sticking you back in your seat under full-force acceleration. The e-tron is exceptionally fast, it takes just 3.53 seconds to reach 40-100kmph. The e-tron's start-up and get-go process may feel strange, yet there isn't anything unusual with regard to the manner in which this electric SUV functions.

Powerfully, the e-tron feels quintessential Audi - everything from the steering feel to the body control is much the same as that of a Q7. Of course, it can't move its mass around as smoothly as other standard-size SUVs, yet for ordinary driving, it's not awful by any stretch of imagination. The e-tron's versatile air suspension ensures that you have a comfortable and safe ride with smooth handling.

Audi's very first creation EV makes for a persuasive purchase, regardless of whether you are searching for an extravagant SUV or just an electric vehicle. It's faster than most SUVs in its group, and it seems and drives like a traditional luxury vehicle, which is presumably the greatest thing about it. Include the comfortable road habits, strong build quality and a theoretical range of over 350km, and it makes for a convincing electric vehicle to live with. As things stand, the Mercedes EQC and the Jaguar I-Pace are valued at around Rs 1.30 crore on-road, and on the off chance that Audi can undermine both, then the e-tron certainly merits a spot close to the top of your luxury EV list.