RS6 Avant is fitted with 8-speed gearbox, paddle shift and has sports mode on offer.

The engine type is 4.0 TFSI Quattro, which equalises the grip on all four wheels making the Audi car a four-wheel drive.

The estate returns a mileage of 10.42 Km/L with an impressive fuel tank capacity of 65 Litres.

Another mind-blowing feature of the Audi RS6 Avant is its massive boot space, which is 565 Litres. It can be extended by collapsing the back seats.

It has a 5-seat configuration.

The improved acceleration helps the RS6 get from 0 to 100 Km/H in under 3.7 seconds.

Like the Audi R8, it also has a minimal touch interior in contrast with the loud and thunderous exterior.

Audi RS6 Avant is the top model in the lineup of A6 range. It is a highly efficient supercar powered by cutting-edge quattro technology. The RS is the short form for Racing Sport, Audi’s top-tier high-performance model, just above the ‘S’ level. Audi RS6 proudly wheeled its way in the third generation of RS6’s five generations. It will change your perception of what a supercar can or cannot be.

RS6 Avant is a performance-oriented car that succeeds Audi 6S 5.0 TFSI Quattro. It was first launched in India in the year 2015. In 2019, Audi launched a tribute version of Audi RS2 with the reworked version of RS6 Avant. A mild-hybrid twin-turbo engine boosts it, which puts out a colossal torque of 600 Hp. However, there was no announcement regarding launching the same in India.

Under the hood, RS6 Avant’s quattro technology makes it the most efficient supercar in this segment. It is designed to offer a Herculean grip in all weather conditions, making it a must-try drive for everyone.

Despite the unavailable launch control, the four-wheel drive allows you to have controlled ballistic getaways.

RS6 qualifies for an everyday ride despite its sportier performance. The steel springs balance out the requirements of agility and comfort quite well.

The menacing estate body has a powerful appeal. The matrix LED headlamps, blacked-out grille with larger air intake, and massive boot space gives a bucket load of reasons to buy this car.

Inside the car, the dash positioning remains user-friendly, keeping all the controls within reach of the diver.

The running cost of RS6 Avant is positive compared to the cars with similar performance.

With a luxury-cum-sports car like Audi, there isn’t a sizable population in India who would trade this car for INR 1.35 crores.

Secondly, driving the Audi RS6 Avant isn’t as practical as it appears on the Indian roads. This might massively impact the buying decision of the buyers.

The steering can be a bit tricky. Surely it’s got ample weight when set to the dynamic, but compared to the other Audi units, it keeps you at arm’s length from the front wheels. Therefore, it lacks a certain flow.

RS6 Avant is firmer than the average Audi car. The seats are hard-plastic that don't sit with the rider’s overall comfort.

The maintenance cost can be a downer. 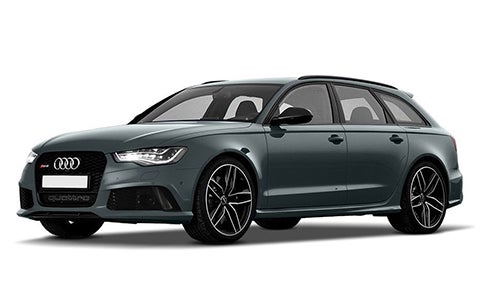 Audi RS6 Avant is a complete experience for an everyday supercar. It strikes a perfect balance between performance and practicality. On the road, it is a maniac, as it makes the driver feel invisible and leave him hyperventilating. For people who enjoy luxurious sports cars along with the family deal, RS6 Avant is the perfect mix of adventure and comfort.

Audi's quattro cutting-edge technology cannot be praised enough because it is the reason Audi delivers on point. The bomb engine gives you the confidence to speed up straight but not enough to win a curve. The angry dynamic mode lets you get playful because everything is much more responsive and sharp in this mode. The twin-turbo V8 roars louder as you pick up the speed. Thus, it can make you feel in love with the Audi RS6 Avant.

Finally, RS6 Avant is distinctly fast as it goes 0-100 Km/H in 3.5 seconds. However, compared to its potent rivals, Porsche Panamera, Mercedes M5, it lacks big power numbers. But our Avant takes away the spot for big boot space. The safety features are standard except few features like overspeed warning, forward collision warning that we can find in BMW.

Moreover, In India, persuading people to buy a second-hand luxury car is difficult. And, it is not their fault, as our roads are filled with dimples and bumps. But, for any luxury supercar enthusiast, RS6 Avant can woo differently.