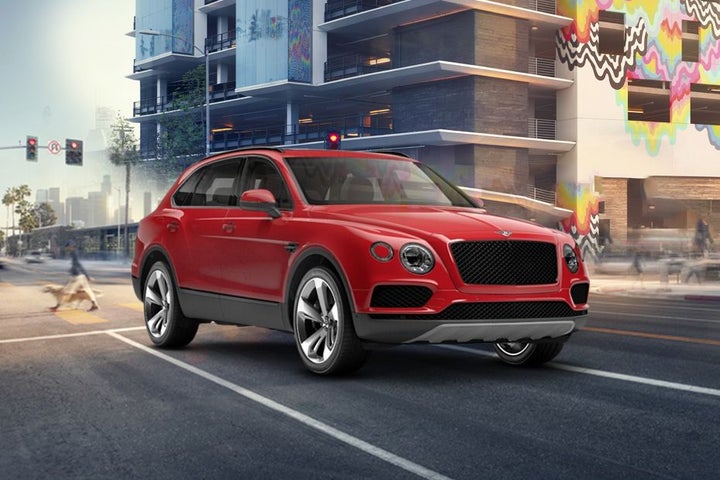 The Bentayga is Bentley's first-ever SUV, a true beast that is designed to inspire exploration in its truest form. What sets the tone are its imposing looks. Its lofty height and requisite bling are instant attention seekers. From city roads to the highway, no SUV delivers a complete package of comfort, capability, and exhilaration as the Bentayga’s Bentley.

The EXP 9 F concept, unveiled by Bentley at the 2012 Geneva Motor Show, displays the company's interpretation of a super-luxury SUV. Bentley introduced the Bentayga in 2015, after Roque Bentayga.

On April 22, 2016, Bentley unveiled the Bentayga in India. The SUV gained a lot of popularity right away. It was also named the quickest production SUV before the Lamborghini Urus took the title.

Bentayga is 5.14 metres long and has an almost three-meter wheelbase. It's built on a version of the VW Group's new MLB-Evo large-vehicle platform, which has already been seen in the new Audi Q7 and will be used in the latest Porsche Cayenne.

In 2018, Bentley unveiled a 4.0-litre twin-turbo V8 version of its super-luxury SUV that produces 542 horsepower as an alternative to the full-blown W12 version. The V8 also had improved efficiency. The Bentayga V8 is said to have a range of 746 kilometres on a full tank (85 litres). It also featured cylinder deactivation tech that shuts down four cylinders at moderate speeds, helping fuel efficiency. The V8 Bentayga was roughly Rs 34 lakh less expensive than the W12 model.

Later, Bentley released a diesel Bentayga with a 429 horsepower 4.0-litre diesel V8 engine, first used in the Audi SQ7 and then made its way into the Porsche Panamera and Cayenne.

In 2021, Bentley launched the facelifted Bentayga with subtle design changes, added features and modifications made to the powertrain options.

The facelifted Bentley Bentayga is powered by a 4.0 litre (3956 ccs) twin-turbocharged V8 engine that churns out 542 bhp of max power while peak torque is 770 Nm.

The Bentayga is offered only in petrol fuel type.

The engine on the Bentayga comes mated to an eight-speed automatic gearbox.

Few premium SUVs can serve up luxury like Bentley's Bentayga. With a 542 bhp twin-turbo V8 under its hood, the Bentayga offers limitless power without compromising on plush ride quality.

In India, Bentley released the Bentayga facelift in 2021 for Rs 4.10 crore (ex-showroom). The Bentayga facelift was unveiled internationally in mid-2020, bringing extra features and an updated appearance. With a reworked front and back end, Bentley has made minimal modifications to Bentayga's design. The updated Bentayga has undergone major improvements on the inside, including a new 10.9-inch touchscreen infotainment system with wireless Apple CarPlay and Android Auto. The facelifted Bentley Bentayga comes only with a 542 bhp 4.0-litre twin-turbocharged V8 petrol engine.

Bentley offers the facelifted Bentayga in a single fully-loaded variant: V8. The Bentayga comes in a remarkable 111 exterior colour combinations, including Mulliner's Duo-Tones.

Top features on the Bentley Bentayga include full LED lights, 21-inch alloy wheels, a 10.1-inch infotainment system with wireless Apple CarPlay and Android Auto, a panoramic sunroof, an all-digital driver's display, and a wireless smartphone charging port. It also offers an optional ‘Naim for Bentley’ premium sound system with 20 speakers and 1,780 W output, ventilation for even the rear seats, an active anti-roll system, and a 5.0-inch removable touchscreen tablet for the rear passengers to control comfort and entertainment functions. This tablet allows for customisation options and more.

Its price tag is around Rs. 4.10 crore in India and can easily be compared with Lamborghini Urus, Aston Martin DBX, and the Rolls-Royce Cullinan. 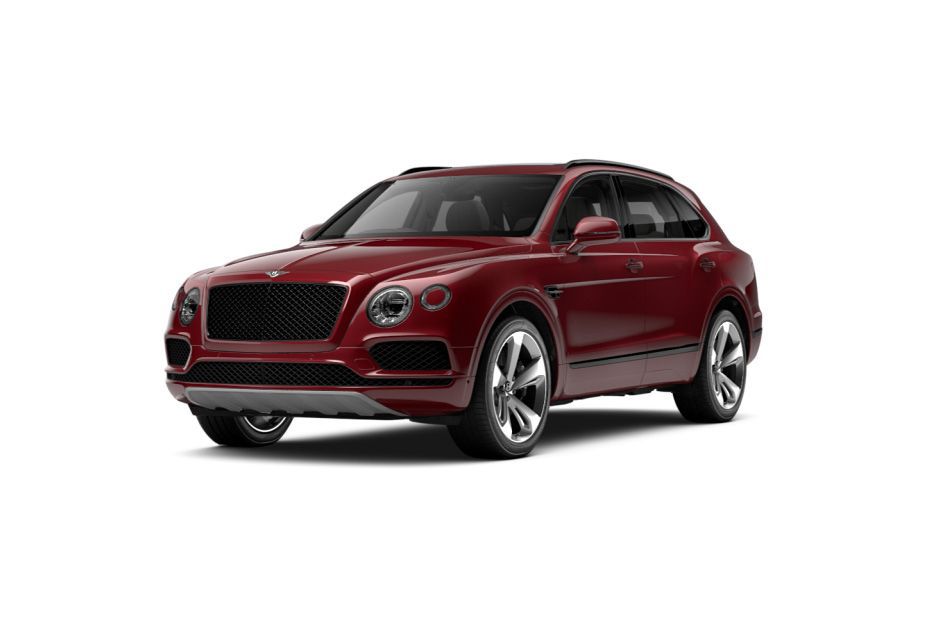 The cabin is gloriously designed. Quality feels top-notch - every surface is finished in high-grade materials.

The front seats are like thrones, providing plenty of support. They are electrically adjustable, and the seating position is also excellent.

The electric anti-roll bar with a 48V system reduces body roll and results in excellent handling. The Bentayga is nimble and sure-footed, with enough grip, encouraging you to drive this hefty and high-riding vehicle into curves.

Despite the firmer suspension and more handling-oriented setup, the ride quality is outstanding. The Bentayga uses air suspension with continuous damping control to take bad roads in stride with ease and confidence.

The Bentayga's off-road ability is highlighted by four ride height options, a full off-road mode, and a plethora of other electronics.

It is more pricey than the Lamborghini Urus and the Aston Martin DBX.

The infotainment system isn't the smoothest. 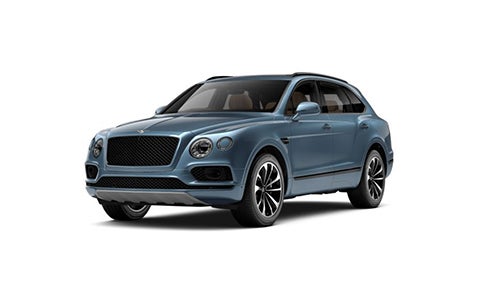 The Bentley Bentayga has a lot of presence, but the verdict on its design is still polarising. You won't mistake a Bentayga for anything else, whether you like it or not. The winged dash on the inside connects the cabin to other Bentleys, and the quality is excellent, except for a few less-than-special buttons. Buyers can customise their Bentaygas' cabins with their own choice of materials and colours, as well as a long list of feature upgrades. An optional third row of seats is also available. The facelifted Bentayga ditches the top-of-the-line W12 engine in favour of a V8 petrol engine that delivers similar real-world performance. Few other brands can match Bentley's ability to combine opulence and athleticism, and the Bentayga is no exception.

Powering the new Bentley Bentayga is a sole 4.0-litre bi-turbo V8 capable of propelling this 2.4 tonne SUV to 100 km/h from a standstill in 4.5 seconds. This petrol V8 achieves the ideal mix of performance and economy as it is not only quick but efficient (engine deactivation tech that shuts 4-cylinders at moderate speeds to lower fuel consumption).

The Bentayga has superb sound insulation, a soft ride, and it corners aggressively too. With specialised off-road modes, this is a Bentley that will feel right at home in the rough. It is for the adventure lover and the smooth rider at the same time. The Bentayga SUV is a well-balanced vehicle. It offers high-level performance, comfort, and luxury. You'll fall in love with its dual personality.

Its expensive sticker price is compensated by its versatility. The Bentayga is a premium SUV that helps you relax in the backseat and feel thrilled at its performance.