How Coronavirus is Affecting the Global Auto Industry: Daily Roundup

How Coronavirus is Affecting the Automotive Industry: Daily Roundup

How Coronavirus is Affecting the Automotive Industry: Daily Roundup The outbreak of the novel Coronavirus (COVID-19), which originated in Wuhan, China in December 2019, has spread uncontrollably. It has gripped the entire world and almost every major part of society has witnessed its implications, which only seem to have begun. The automotive industry has been riding the undercurrents of the pandemic for quite a while now and experts have theorized that this will only continue, and in mammoth proportions, we are quite afraid.

In the first two months of the year, automakers and auto part suppliers all tried to resuscitate the falling production, but with the advent of March, things took a turn. March recorded a rise in global coronavirus cases. Owing to this, multiple countries’ governments and organizations have implemented strict measures to ensure safety.

Declaring coronavirus as a pandemic furthered this initiative as a global lockdown might be in the cards. Automobile and component manufacturing plants are being shut around the world and sales have gone down significantly. Even the autosport events have been cancelled or postponed indefinitely amidst the COVID-19 scares. Starting with the cancellation of the 2020 Geneva Motor Show, which was to open on March 5, several other events followed suit.

A timeline of how Coronavirus disrupted the automotive sector:

Here is a timeline detailing how COVID-19 has impacted the automotive industry around the world with special reference to India.

We firmly believe in the restraint that our PM Narendra #Modi talked about and hence #CARS24 branches across India will be closed in response to the clarion call from our honorable PM imposing a #JanataCurfew.
With this step we urge people to stay indoors and stay safe.

On 22nd March 2020, let us observe a Janata Curfew and add strength to the fight against COVID-19. #IndiaFightsCorona. pic.twitter.com/qOqhQaJES5

The body approached the Court requesting it to allow the sale of BS4 vehicles for two more months due to the Auto sector slow down and #CoronaVirus outbreak.https://t.co/X1zFeFTjqh The #Geneva auto show has been canceled as the Coronavirus situation intensifies: https://t.co/RSzfpOMSDu pic.twitter.com/UPoAYZaXu5 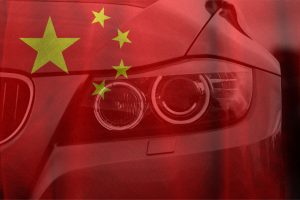