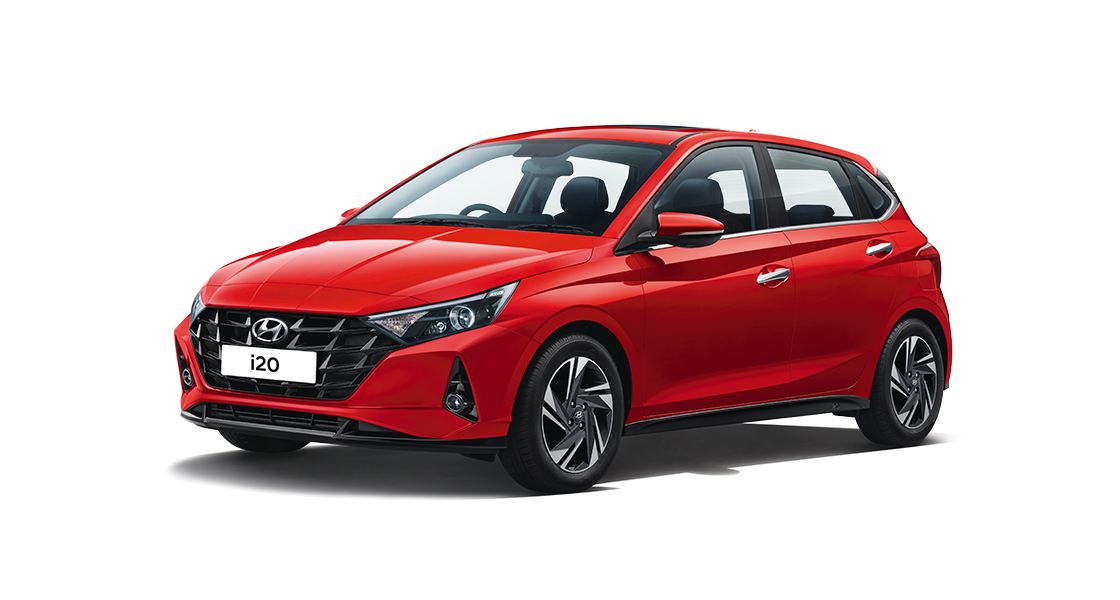 The latest-generation Hyundai i20 clearly has been well-received and liked by loads of people. No wonder then that over tens of thousands thought it would be brilliant to have one in their lives. Well, I can’t blame any of them as this new i20 surely is a pretty nice car. The Korean automaker recently revealed that the all-new i20 received over 25,000 orders in less than one month after its launch. Replacing the well-liked Elite i20 predecessor, the new-generation model has a big shoe to fill. And if these figures are any proof, seems like it is doing that pretty well. For reference, the all-new Hyundai i20 is priced between Rs 6.80 lakh to Rs 9.20 lakh (ex-showroom).

As the cost of the hatchback crept up, Hyundai has been smart enough to bring more to the table. For example, the all-new i20 comes with five transmission options – a 5-speed manual, 6-speed manual, a 6-speed clutchless manual (iMT), a CVT (IVT), and a 7-speed dual-clutch automatic (DCT). Then there are the engines that are offered with the new i20. Here, customers can choose from one of three options – a 1.5-liter turbocharged four-cylinder diesel, a 1.0-liter turbocharged three-cylinder, and a 1.2-liter naturally-aspirated four-cylinder petrol engines. The oil burner makes 99hp and 240Nm, while the naturally-aspirated and turbo-petrol motors produce 82hp with 114Nm and 118hp with 172Nm, respectively.

In terms of its equipment, the all-new i20 can be had with enough to keep most people happy. For instance, there are the 16-inch alloy wheels, automatic LED headlamps, electronically-operated & auto-folding wing mirrors, keyless entry & go, and dual-tone leather seats. The bling factor is further promoted with features like an electric sunroof, an air purifier, automatic climate control, a wireless charger, cruise control, and a 7-speaker Bose audio system. Of course, as the pictures suggest, the all-new i20 also comes with Hyundai’s latest infotainment system with a large 10.25-inch screen to boast. The system adds the brand’s Bluelink technology along with smartwatch connectivity and Android Auto & Apple CarPlay.

As for safety, the all-new Hyundai i20 gets 6 airbags, ABS with EBD, Electronic Stability Control (ESC), Hill Assist Control (HAC), and a Tire Pressure Monitoring System (TPMS). There are also rear parking sensors with a reversing camera, plus rear-seat ISOFIX anchors on top trims. However, Hyundai hasn’t bothered fitting either adjustable rear headrests or ISOFIX anchorages on lower trims of the i20 in India. Considering that Global NCAP will be revising its crash-test pre-requisites soon, this will not go too well for the all-new i20. If rear-seat comfort and space are important to you, then this hatchback won’t disappoint you as such. The seats are comfortable enough, while headroom or kneeroom isn’t a big bother.

Hyundai’s build quality and fit-and-finish have been good for a while now. And that continues to be true in the all-new i20 as well. However, there are more hard plastics in this cabin than what the high price tag might suggest. Some of them do feel pretty low-rent and hard, though they are unlikely to fall off. While Hyundai has used better noise-isolation materials in the all-new i20, tire roar and some wind noise will still seep through. Overall, this is a better car than its predecessor, and that shows. The all-new i20 feels better to drive and offers far more tech than ever before. Then again, it is far more expensive than ever before.