Ameo vs Dzire: A Full Comparison of the Specs, Features and Price Over the years, the Indian auto market has witnessed tremendous changes in trends. Earlier the participant manufacturers were very selective about their target group. Most of the Asian and Indian brands would focus on the mass market segments. The European and other Western brands would primarily target the premium segment. Nowadays, even the latter have understood the potential of the popular budget car segments and actively participate there. German legends, Volkswagen have been contesting in the B2 and C2 car segments for almost a decade with their Polo and Vento respectively. Observing the increase in popularity in the C1 sedan segment, they reworked the Polo with an extended boot and launched it as the Ameo in 2016. Today, we will pitch it against the latest version of the most proven car in the segment, the Maruti-Suzuki Swift Dzire and see how it fares in our Ameo vs Dzire face-off.

When it comes to dimensions, it’s a completely one-sided battle. The Dzire is just better than the Ameo in almost every measurement. Both cars have the same length but it’s the width and height where the Dzire stands dominant. This directly translates to a roomier cabin straight out. The Ameo feels cramped from the inside which becomes very prominent in the rear seat. The Ameo does have a marginally higher wheelbase and ground clearance but it again loses out in terms of boot space. Even in terms of weight, the Ameo is a good 167 kilos heavier than the Dzire in its base trim. With the DSG equipped top trim, the weight difference increases to almost 200 kilograms! Moving on to the performance, here’s where the real competition commences. First, let’s take a look at the petrol variants of both cars. The DZire gets its power from a 1.2-litre engine putting out a generous 81 bhp of power and 113 Nm of torque. The Ameo’s equally capable 1.2-litre option was replaced with a smaller 1.0-litre engine for the sake of emissions. Sadly with the decrease in capacity, the performance is also down. The earlier 1.2 was almost on par with Dzire with the power and torque output but was slower due to the weight. Now, the Power is up by 3 bhp but the torque is down by 15 Nm! So effectively this has slowed down the car even more. The 3 cylinder configuration also makes it relatively less smooth and noisier to operate compared to the 4 cylinder DZire.

In the diesel variants, the Ameo shows its true mettle. Equipped with the robust and signature 1.5 TDI diesel, it packs a really strong punch. In comparison, the Dzire’s 1.3-litre Diesel is a disappointment. The DZire is down on power and torque by 37 bhp and 60 Nm of torque compared to the Ameo! Despite the 200-kilogram weight difference, the Ameo is just stonkingly fast in front of the DZire. 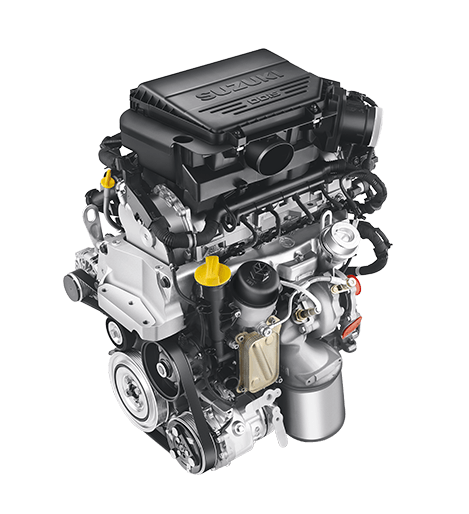 Both cars come with automatic options but with completely different mechanisms. The DZire gets the AMT Automatic while the Ameo gets Volkswagen’s proprietary DSG dual-clutch transmission. Maruti-Suzuki cleverly offers the AMT on both petrol and diesel models and all variants except the base LDi. Volkswagen however, only offers the 7-speed DSG only on the topmost Highline Plus variant. Ignoring that aspect, the DSG is undoubtedly the better option here. All that weight and added expense are what you pay for this flawless mechanism. The DZire’s AMT is miles away from coming close to the DSG’s smoothness, performance, and presence of mind.

Ameo Vs Dzire: Features and Equipment

From the outside, the Ameo takes a very minimal and simplistic styling approach. From the front, it looks just like the Polo which despite being a 9-year-old design still looks very elegant. It is the rear view which looks very boxy and out of place on an otherwise decent looking car. The interiors are typical German quality, very very plush and just oozing a premium feel. It is cleverly functional as well. Volkswagen has neatly incorporated some smart bits into the interior like the foldable rear seats which drastically increase the car’s storage capacity. The Dzire just looks gorgeous from the outside. The car got a thorough overhaul this time which makes it look very contemporary. Despite belonging to the budget segment, it will still manage to attract your eyeballs. The interiors are also done very nicely, save for a few tacky bits in the form of wooden accents on the dashboard. But nonetheless, the interior quality is nowhere close to the Ameo. There are many flimsy bits which are completely non-existent on the Ameo. The Ameo also packs in a lot more equipment several of which are segment firsts.