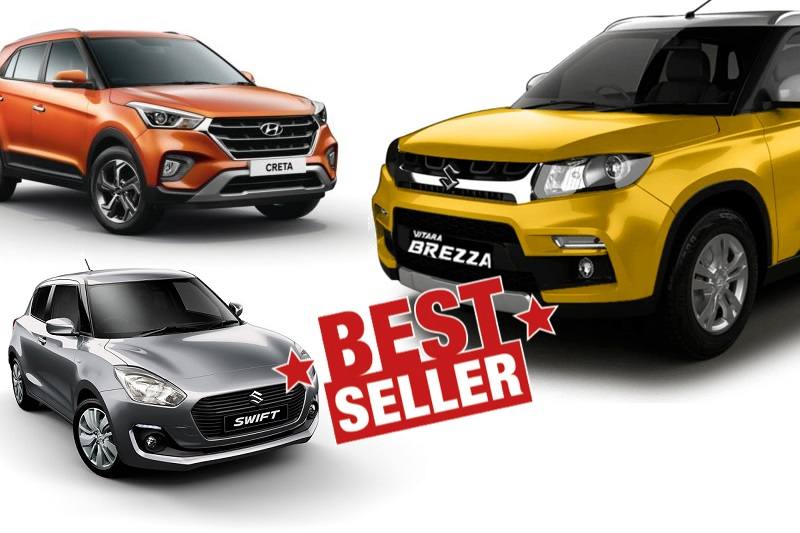 The year 2019 wasn’t too fruitful for most carmakers due to the prolonged slowdown that has affected the entire industry. Yet, the current calendar year saw the advent of some really lucrative models, which were soon to capture the fancy of many car buyers. Here’s a look at the best cars in India 2019 –

The first car in our list of Best Cars in India 2019 is its carmaker’s maiden product for the country. Available with a range of three BS6-compliant engine options (1.5-litre petrol, 1.5-litre diesel and 1.4-litre turbo-petrol), the Seltos has been quick to become the country’s lastest-selling SUV. Its highlights include a modern design, feature-rich cabin, excellent engine and transmission options, and a pretty good value pricing

The second model in our list of Best Cars in India 2019 is the latest SUV from the country’s second-largest car company. Hyundai Venue rivals the Maruti Vitara Brezza and Tata Nexon. Its highlights include mini-Creta looks, a long list of features, multiple engine options and first-in-class connected features apps.

Maruti Swift has been the best-selling model in the B1-segment and makes it to our list due to the high popularity it enjoys. In its third generation now, the Swift looks funky, has fuel-efficient yet powerful petrol and diesel engines and is even quite easy to maintain. The Swift is also quite affordable, both in new and used car markets, and is fairly easy to maintain.

The MG Hector has been another superhit of 2019. The first product from the local subsidiary of the Chinese-owned carmaker impresses with its spacious interior, long list of features and decent ride quality. The Hector has been on sale with three different engine options – a 1.5L Turbocharged petrol motor that generates 143Ps of power and 250Nm of torque, a 2.0L diesel engine that offers 170Ps of power and 350Nm of torque, and a 1.5L petrol/48V hybrid engine.

The most affordable model in the portfolio of Renault India was launched more than 4 years ago but has recently got updated. The entry-level offering offers a spacious interior, mini-me Duster looks, and even an AMP option with the 1.0-litre engine variant. The Kwid also offers a pretty decent ride quality. All these traits make it a worthy rival to the segment-bestseller Maruti Alto.

The Maruti Baleno has been the king of the B2 segment ever since it was launched more than three years ago. The Hyundai Elite i20-rival has been on sale with 1.2 petrol and 1.3 diesel options. The Baleno offers a fantastic ride quality, spacious cabin and modern looks.

The Maruti Vitara Brezza is easily among the Best Cars in India 2019. The Brezza has been one of the highest-selling SUVs in India, which is primarily due to its rugged styling, attractive pricing, good ride quality and easy maintenance. Powering the Vitara Brezza is a 1.3-litre diesel engine that produces 90 PS and 200 Nm. Transmission options include a 5-speed manual and an AMT. The highly popular sub-4-metre compact SUV has an ARAI-rated mileage of 24 kmpl.

The Hyundai Elite i20 is the only worthy rival of the Maruti Baleno in the B2-hatchback segment. The Korean small car impresses with its grunty diesel engine, refined petrol engine, good ride quality, spacious interior and great build quality. These traits make it one of the best hatchback cars around.

Useful Link on Hyundai Elite i20

Check all the 2nd hand Hyundai Elite i20 cars in Ahmedabad

The next model in our list of Best Cars in India 2019 is the Mahindra Scorpio, which has been one of the most recognised faces of the SUV market. The small SUV has impressed many with its rugged and reliable nature, butch looks and high affordability. Also, the SUV has been in the market for long enough to be available in both new and used car markets.

Above are the few old Mahindra Scorpio cars in Chennai

The latest from the Indian subsidiary of the French carmaker is the Renault Triber. The entry-level MPV is a sub-4-metre offering that goes on to rival hatchbacks like the Maruti Swift and Hyundai Grand i10. Based on an updated version of the Kwid’s platform, the Triber offers a highly flexible 7-seater layout. Powering the Triber is a 1.0-litre engine, while the budget-end offering might even get a turbo-petrol motor in the near future.

The Maruti Dzire is not only one of the Best Cars in India 2019, it has also been the most popular model of the entire car industry. The Swift-based compact sedan impresses with its spacious cabin, frugal engines, good ride quality and low cost of maintenance. All these traits help the third generation of the company’s C1-segment sedan have a huge popularity.

Another model that makes it to our list of Best Cars in India 2019 is the Tata Harrier. The Harrier is currently the most modern SUV from the homegrown carmaker. It impresses with its butch looks, a great 2.0-litre Diesel engine, upmarket cabin and the OMEGA platform that has been derived from the L550 architecture of the Land Rover Discovery Sport.

The Hyundai Creta has been one of the most popular SUVs on sale in the country. While it has been losing out to new models like the Kia Seltos, it continues to have a pretty wide appeal due to its powerful 1.6-litre petrol and diesel engines, an upmarket cabin, great ride and reasonable maintenance costs.

The Hyundai Grand i10 recently received a generation change, which is being sold with the ‘NIOS’ suffix. The third generation of the i10 is a worthy rival to the Maruti Swift and impresses with its spacious cabin, great features and frugal-yet-sufficiently-powerful petrol and Diesel engine options.

Check out second hand Hyundai Grand i10 cars in Chandigarh

The last model on our list of Best Cars in India 2019 is the Toyota Fortuner, which has been the king of its segment ever since its first-generation model went on sale more than a decade ago. The Fortuner scores well due to its macho design, great ride comfort, highly reliable powertrains and a feature-laden cabin.  All these traits make this SUV as popular in the used car market as it is in the new one.

Do you plan to sell your used car? CARS24 can not only offer you a great medium to sell your second-hand car online and get the best price for it but even takes care of all the necessary documentation, including the RC transfer, absolutely free of cost. You can use our old car valuation tool to find out the correct resale value of any car on sale in India.