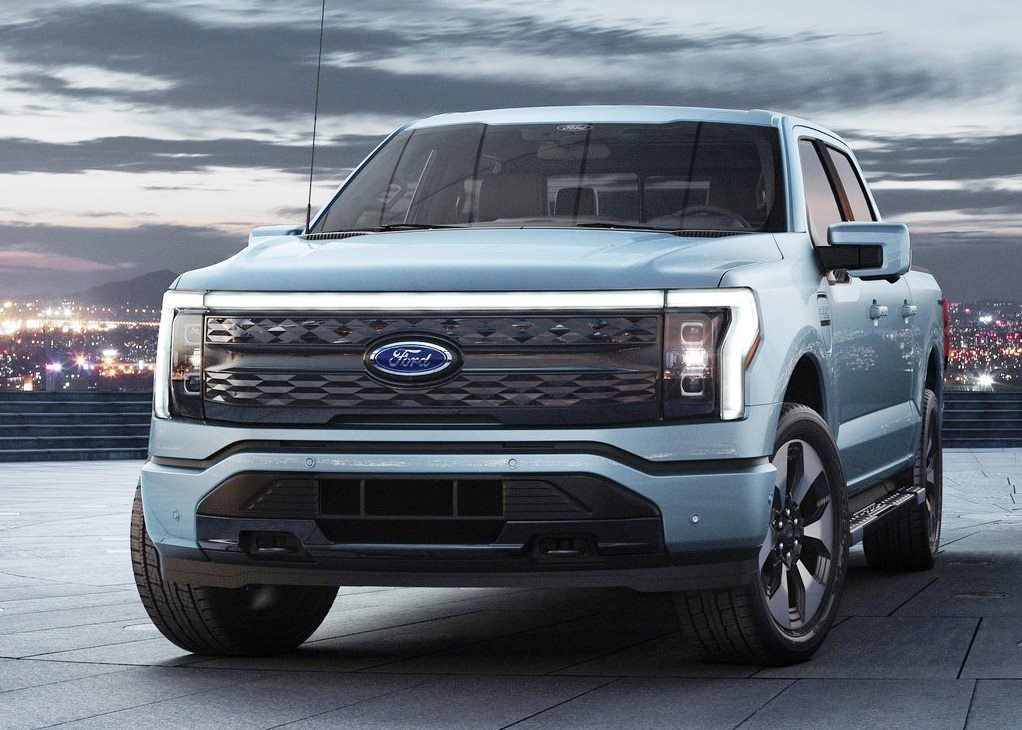 The Ford F-150 is by far the most popular and best-selling vehicle in the United States. Since its introduction way back in the late 1940s, the Blue Oval has sold well north of 34 million units of the F-Series in the States. While the F-150 has always had an internal combustion engine (petrol or diesel), times are a-changing! The American auto giant has now revealed the all-new Lightning – a fully electric version of the regular F-150 pickup. Given its extensive success in the country, the automaker is confident that the F-150 Lightning will be a hit with its customers.

There will be two versions of the new Ford F-150 Lightning – the base variant costs just under $40,000 and offers a range of 230 miles (370 kilometers), while the top-spec variant costs $90,000. Meanwhile, it is the extended-range variant of the F-150 Lightning that claims to have a maximum range of 300 miles (483 kilometers). As far as the prices are concerned, customers in the US will benefit from a $7,500 federal tax credit. The new Ford F-150 Lightning will be built at the brand’s new Rouge facility in Dearborn, Michigan, with the first unit set to roll out early next year.

Also Read – Nissan Kicks Now Available With Benefits Of Up To Rs 75,000

The Ford F-150 Lightning will be available in XLT, Lariat, and Platinum trims. Depending on the configuration chosen, this fully electric pickup should be capable of towing a maximum of 10,000 pounds or 4.5 tons. Meanwhile, the standard-range model is rated to carry a maximum payload of 2,000 pounds or 907 kilograms.

Regardless of the variant, all versions of the Ford F-150 Lightning come with two electric motors – one on each axle – meaning four-wheel-drive is standard. The standard-range model makes 426hp, while the most powerful extended-range truck boasts 563hp. Interestingly, both versions of the new F-150 Lightning are capable of a maximum torque of 775 lb-ft or 1,050Nm! This makes the Lightning the most powerful F-150 pickup (in terms of torque) that Ford has ever produced.

Since it has so much torque available, the Ford F-150 Lightning’s acceleration is quite… erm, lightning. Even though it is a big and heavy pickup truck, the F-150 Lightning is capable of going from 0 to 60 mph (96.5 kmph) in around 4.5 seconds! The lithium-ion battery pack of the F-150 Lightning can be charged from 15 to 80 percent in 41 minutes using a 150kW DC fast charger. The same can juice up the batteries to provide 54 miles or 87 kilometers of range in just 10 minutes.

Ford also provides customers with an 80-amp charge station as part of the package that features a dual onboard charging system. With this, customers can fast-charge the F-150 Lightning when they are at home, allowing for charging speeds of around 30 miles (48 kilometers) per hour of charge. However, charging the batteries from 15 to 100 percent will still take 8 hours on this domestic setup.

For improved practicality and versatility, the Ford F-150 Lightning comes with a feature called Pro Power Onboard. This allows users to run a wide range of electrical appliances and tools using the pickup’s built-in power outlets. Depending on the trim level, the output of these outlets range between 2.4kW to 9.6kW – the auxiliary one located in the cab and bed is capable of 7.2kW.

To set it apart from the regular F-150, Ford has very slightly updated the design of the Lightning. However, the only noticeable change can be seen at the front, where now there’s a new grille and a continuous strip of LED that connects the main LED headlamps. Ford has given the Lightning new alloy wheels and some new LED elements for the rear tail lamps, but much of the design of this pickup remains the same as its ICE sibling.

Inside, the most important features include the large 12-inch digital driver’s display and the even larger 15.5-inch touch-infotainment system. The latter not only gets the wireless Apple CarPlay & Android Auto, but it also comes with the brand’s latest SYNC 4A interface that ropes in cloud-connected navigation, Amazon Alexa, and many connected car features.