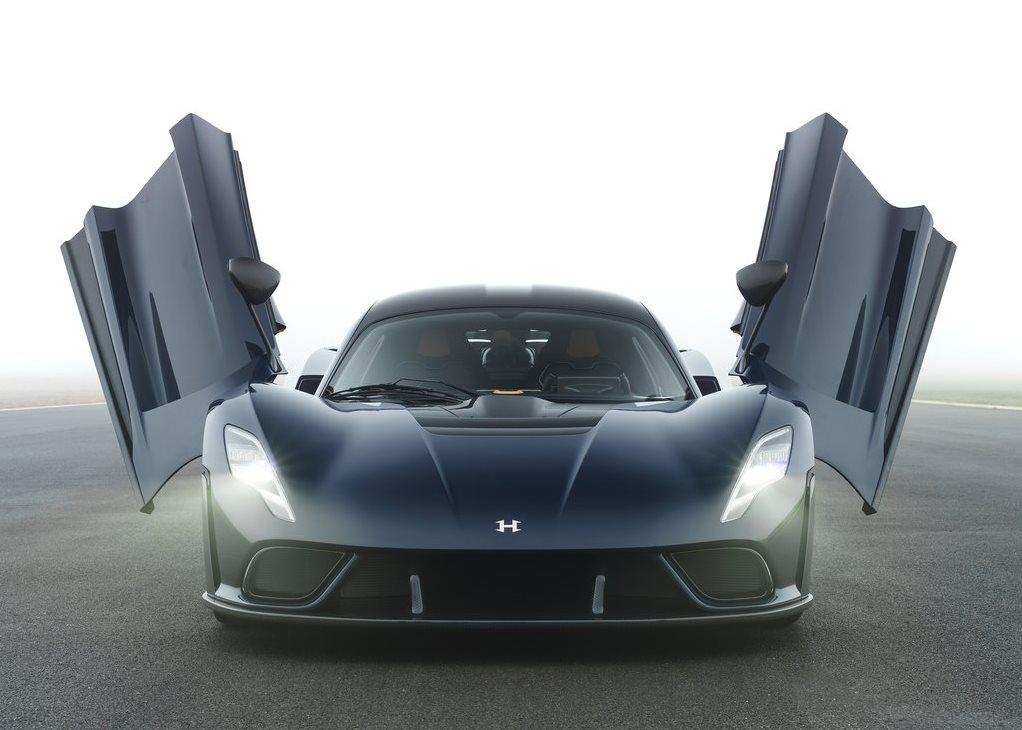 Owing to their rarity, astronomical price tag, insane performance numbers, and exquisite design, hypercars are absolutely sublime and lust-worthy. Where the facts and figures of supercars end, that is where those of a hypercar begins. It takes sheer engineering brilliance, utmost determination, and loads of financial might to develop and then make a hypercar. An excellent example of this is the brand-new Hennessey Venom F5.

Built by Texas-based Hennessey Special Vehicles to be “the absolute fastest road car on Earth”, the Venom F5 had its conceptual debut in 2017. Back then, the concept car was nothing more than empty shell – no engine or a functional interior. However, that has all changed, now that the production-ready avatar is here.

Named after the most ferocious and fastest type of tornado (an F5), the Hennessey Venom F5 isn’t fooling around. In a world where manufacturers try to make hypercars livable for day-to-day mundane driving, Hennessey has gone the other direction. Instead, the Venom F5 has been specifically designed for occasional but balls-to-the-wall kind of driving. Its entire existence has been crafted to make every drive feel special and exhilarating. I reckon the Venom F5 is the type of hypercar that will eject you if you take it to run errands such as fetching groceries or going to the cinemas. Furthermore, the company has been extra pedantic in getting rid of as much weight as it practically could. This ‘stripping’ is evident in the Venom F5’s feather-light 1,360 kg curb mass and minimalistic interior.

The Hennessey Venom F5’s design may not be as pretty as a Ferrari or McLaren, but it is certainly bespoke. There is plenty of attention paid to better the hypercar’s aerodynamics while also lessening unwanted drag. Almost every panel, cuts and creases, vents, and surface elements are there to serve a purpose. In fact, the entire carbon-fiber monocoque tub of the Venom F5 weighs just 86 kg. This tub is then attached to a strong but light aluminium subframe. The subframe allows attachment of the Venom F5’s engine and suspension parts and provides better deformation in case of a crash. According to Hennessey, the chassis of the Venom F5 has a torsional rigidity of 52,000-newton meters.

To keep the center of gravity as low as possible, the bespoke engine of the Venom F5 uses a dry-sump system. This has allowed Hennessey to mount the engine and its associated accessories lower in the car. Further aiding the hypercar’s track-focused manifest are its specially-crafted and lightweight wheels. They measure 19-inches at the front and 20-inches at the back. The rear wheels are wrapped in absolutely massive 345-section tires, whilst the front ones are 265-section – these are custom Pilot Sport Cup 2 tires from Michelin.

The Hennessey Venom F5 interior is as bespoke and special as its exterior – maybe even more so. It is inspired by fighter jets and their focused cockpit layout. The steering wheel’s control-yoke design is also similar to what one might find in thoroughbred Formula 1 cars. It is made entirely out of carbon-fiber and houses multiple control buttons and shift paddles. A digital instrument display is stuck directly in the driver’s line of sight, while the racing bucket seats look fantastic.

The center pedestal is a narrow strip and only has the buttons and dials you will absolutely need and use. Another digital screen, this time for the infotainment system, is placed right above the air-conditioning vents. Of course, there is plenty of exposed carbon-fiber in the Venom F5’s interior. This trend is broken up in certain areas by the occasional leather and Alcantara – the combination is truly eye-catching.

All aside, the most visceral and enigmatic thing about the Hennessey Venom F5 is its engine. Named Fury and weighing in at only 280 kg, the Venom F5 houses a 6.6-liter twin-turbocharged V8. It cranks out an incredible 1,817hp and 1,617Nm of torque! That makes this relatively-small American V8 more powerful than the massive 8.0-liter engine in the Bugatti Chiron. Moreover, it uses just two turbos (compared to the Chiron’s four) and has eight fewer cylinders. Revving up to 8,500 rpm, the Venom F5’s V8 engine is paired to a 7-speed automatic gearbox and drives the rear wheels only.

Interesting still, given its lightweight body and a beastly V8, the Hennessey Venom F5 boasts an immensely high power-to-weight ratio. At 1,298hp per ton, this is the highest hp per ton figure of any road-going production car in the world! To put that figure into perspective, the Bugatti Chiron only manages a power-to-weight ratio of 741hp per ton. All this translates to some truly epic acceleration times.

Of course, Hennessey mentioned that it doesn’t plan on hitting the theoretical top speed of the Venom F5. However, it certainly plans on hitting that magic ‘500 kmph’ number. Finally, only 24 Venom F5 hypercars will ever be produced – each costing at least $2.1 million. Even if you have that kind of cash lying around, Hennessey reserves the right to reject you. And with just a couple of dozen cars, getting hold of one would be no less than winning a lottery. Then again, for most people, a lottery will be prerequisite to be even able to afford one.