Honda cars in India - Honda Amaze to WR-V and City

Honda cars in India – Bring home a Honda this Diwali 2018

Honda cars in India – Bring home a Honda this Diwali 2018 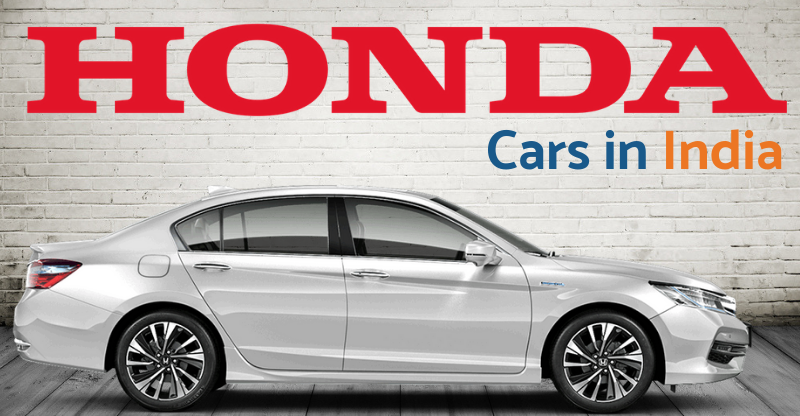 Honda Motors India has been one of the most successful car manufacturers in the Indian market. Known for their attention to details and best in class engineering, Honda cars in India have made their mark among car buyers in the country. Diwali is a great time for many Indian households to bring home a brand new car. To help you understand what Honda cars in India you can buy, we have listed out all the cars presently on sale from the house of Honda. You can also check out various offers available in the market this Diwali 2018 here.

Hatchbacks are one of the most selling car segment in India. Under this segment, Honda has the Honda Brio in its portfolio. Powered by a 1198cc petrol engine, the Honda Brio generates maximum power of 88ps at 6000rpm. This engine generates a maximum torque of 109Nm at 4500rpm. Designed as a family hatchback, Honda Brio sets itself apart with unique design cues and styling. The Honda Brio has priced between INR 4.73 Lakhs and INR 6.82 Lakhs. The exteriors of Honda Brio features sleek headlamps, front bumper with fog lamps and grille, tailgate spoiler and ORVM with turn indicator. Inside the cabin, Honda Brio features all-black environment, carbon finish on the dashboard, digital telephony and digital air conditioning controls. You may also like: Car driving tips for beginners Honda has very recently launched the latest version of Honda Amaze in India. Powered by a 1199cc petrol engine, Honda Amaze generates maximum power of 90ps at 6000rpm. This engine makes total torque of 110Nm at 4800rpm. The 1498cc diesel variant of Honda Amaze in India produces maximum power of 100ps on manual transmission at 3600rpm and maximum torque of 200Nm at 1750rpm. The Automatic transmission variant of Honda Amaze come with a continuous variable transmission (CVT) system and generates a total power of 80ps at 3600rpm and a total torque of 160Nm at 1750rpm. Honda has changed the design language of the new Amaze in India. The exteriors of the 2018 Honda Amaze features fog lamps, shark fin antenna, alloy wheels and rear camera and sensors. Inside the cabin, Honda Amaze features dual tone environment, sporty pedal shifter, multifunctional steering wheel, push start/stop button and automatic climate control. You may also like: Best Diesel automatic cars in India

Next car in the portfolio of Honda cars in India is the uber-famous “Honda City”. This sedan has literally taken the sedan market by storm in the country. With sales soaring next to Maruti Dzire, Honda City has marked its name as one of the best sedans you can buy. Powered by a 1497cc petrol engine, Honda City can put out a total power of 119ps at 6600rpm and a total torque of 145Nm at 4600rpm. The diesel variant of Honda City with an engine displacement of 1498cc generates maximum power of 100ps at 3600rpm and maximum torque of 200Nm at 1750rpm. Honda presents the exterior stance of this sedan with LED headlamps, auto folding ORVMs, trunk lid spoiler, shark fin antenna and one-touch sunroof. Inside the cabin, City comes with automatic climate control, two-tone environment, push start/stop button, driver side seat adjuster and rear AC vents. The Accord has been one of the most trustable car to ever come from Honda cars in India. Known to the king of premium sedans in India, Honda has launched the new hybrid version of the vehicle. The new Honda Accord Hybrid is powered by a 1993cc petrol engine which generates a maximum power of 145ps at 6200rpm and maximum torque of 175ps at 4000rpm. Priced at INR 44 Lakhs, Honda Accord Hybrid presents luxurious exteriors. This include LED fog lamps, automatic LED lamps, one touch power sunroof, alloy wheels amd rain sensing wipers. The insides of this sedan are equally glamarised with dual tone luxury seating, one push ignition system, power adjust driver seat, smart entry and rear air conditioning vents. You may also like: Things you should NOT do while driving an automatic car

Counting cars in our list of Honda cars in India, next is the Honda WR-V. Marketed as a compact SUV, WR-V is powered by a 1199cc petrol engine which generates a total power of 90ps at 6000rpm and a total torque of 110Nm at 4800rpm. The 1498cc diesel Honda WR-V generates maximum power of 100ps at 3600rpm and maximum torque of 200Nm at 1750rpm. WR-V is stylised with a solid chrome grille, LED DRLs, bumper skid plates, silver roof rail garnish, one-touch sunroof and fog lamps. The interiors of this compact SUV comes with the dual-tone environment, multi-information combimeter, push start/stop button and automatic climate control. You may also like: Common car spec sheet explained! You may also like: Best cars for a long drive in India

The last car on our list of Honda cars in India is the ‘Honda CR-V’. Getting its fame from the movie ‘Wake up Sid’ where the lead Ranbir Kapoor dream of driving this SUV, Honda CR-V is the only full-size SUV on sale in India from brand Honda. Powered under the hood by a 1997cc petrol engine, CR-V generates maximum power of 154ps at 6500rpm and maximum torque of 189Nm at 4300rpm. The 1597cc diesel version of CR-V makes 120ps of total power at 4000rpm and 300Nm of maximum torque at 2000rpm. This SUV features external design elements such as the signature chrome grille, LED front fog lamps, diamond cut alloy wheels and a panoramic sunroof. Interiors of CR-V features premium wood finish with ivory leather upholstery, automatic climate control and infotainment system. 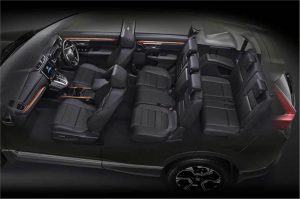 You may also like: Best family cars in India

If you wish to sell your used car this Diwali, visit CARS24.com and book an appointment today.