Honda Motors India is going all guns blazing for 2018. In the 2018 Auto Expo, they previewed as many as three all-new cars for the first time in India. Honda’s head honchos made a statement there that they will be launching these 3 brand new models in coming times. One of these launches is going to be the updated Amaze. The other two will be the Honda CRV 2018 and the Honda Civic 2018, which were also displayed at the Expo. The Honda CRV 2018 is totally new and shares nothing in common with the previous models which received a lackluster response in our country. The main addition that will enable it to battle its competition effectively is the addition of a third row. It will now be able to go head-on against the Fortuner and the Endeavour with much more finesse. Another boon is going to be the addition of a 1.6-liter diesel option. A diesel variant was not available on any of the previous generations which was a major setback. Coming to the physical appearance, the Honda CRV 2018 is completely different from the inside and outside. The exterior design exudes modernity and boldness courtesy the striking LED headlamp cluster. The body lines are also aggressive with a plethora of bulges and creases. At the tail, the changes are less drastic compared to the rest of the car but are still notable. The Honda CRV 2018 gets a host of interior changes as well. The dashboard is all new with a fully digital TFT-instrument cluster and a touchscreen infotainment system nestled in the middle. The gear lever has been totally replaced by P-R-N-D buttons which correspond to each driving mode. The seats are plush and comfortable. Neatly executed satinwood panels thrive around the interiors and impart a very distinctive element of luxury. The Honda Civic 2018 also returns to the country after a decently long hiatus. The new Civic gets a very thorough mature makeover. It is now based on Honda’s “Global Compact Vehicle” platform along with the new Accord and HR-V. At first glance, one can easily mistake it for the new Accord which is really going to work in its favour.  Thankfully the Honda Civic 2018 will be coming in both Petrol and Diesel options like the new CRV. The petrol variant will most likely be powered by a 1-8 litre engine while the diesel will get a 1.6-litre engine. The frontal appearance of the new Civic is nothing short of mind-blowing! The Accord inspired full LED headlamp cluster looks pure scintillating! The overall car now sports a notchback design, implying that the C-pillar extends all the way until the end of the boot. This makes the car look really sporty and ready to pump out some high-RPM action. An interesting bit regarding the design of the tail light is that it wraps to the top of the boot instead of the face. On the interior front, the car retains the sporty ingress and seating position. The instrument cluster is like the CRV also goes all digital. The all-black interiors give it a very minimal and purposeful appearance. A few of the visible equipment features include a sunroof and paddle shifters. 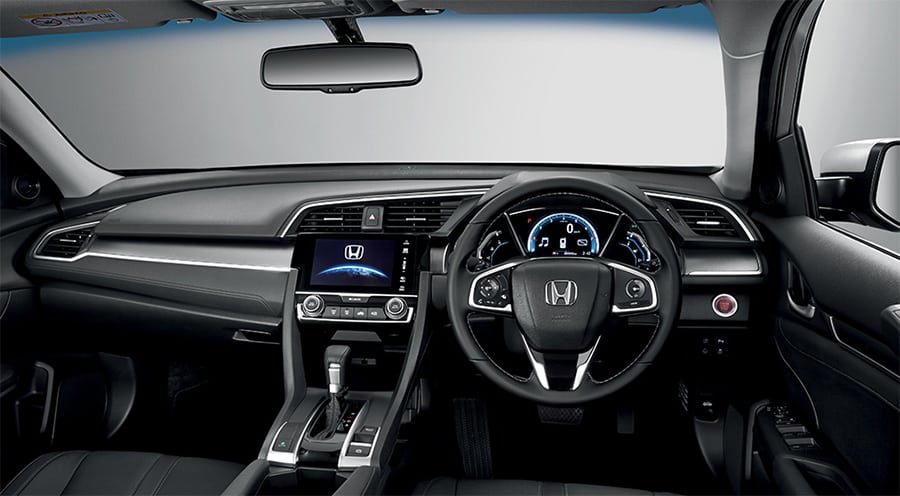 Both the new Honda CRV and Honda Civic will come imported via the CKD route. The Civic will be aimed at the Rs.13-15 lakh price segment, taking on the Hyundai Elantra, Volkswagen Jetta and the Skoda Octavia. The CRV, on the other hand, will be priced in the Rs.24-26 lakh price segment just undercutting the Toyota Fortuner and Ford Endeavour.

Earlier the exact launch timelines of both cars weren’t known.  However, Honda officials have now confirmed that the new CRV will be launched around Diwali this year. The new Civic will reach around December or max to max in early 2019 before the start of the fiscal year. Both cars now boast of thorough holistic updates. So we can certainly hope to see some impressive sales figures once they are launched. Are you waiting for the Honda CRV 2018 and Honda Civic 2018 India launch to take place?

If you wish to sell your used car,visit us at CARS24.