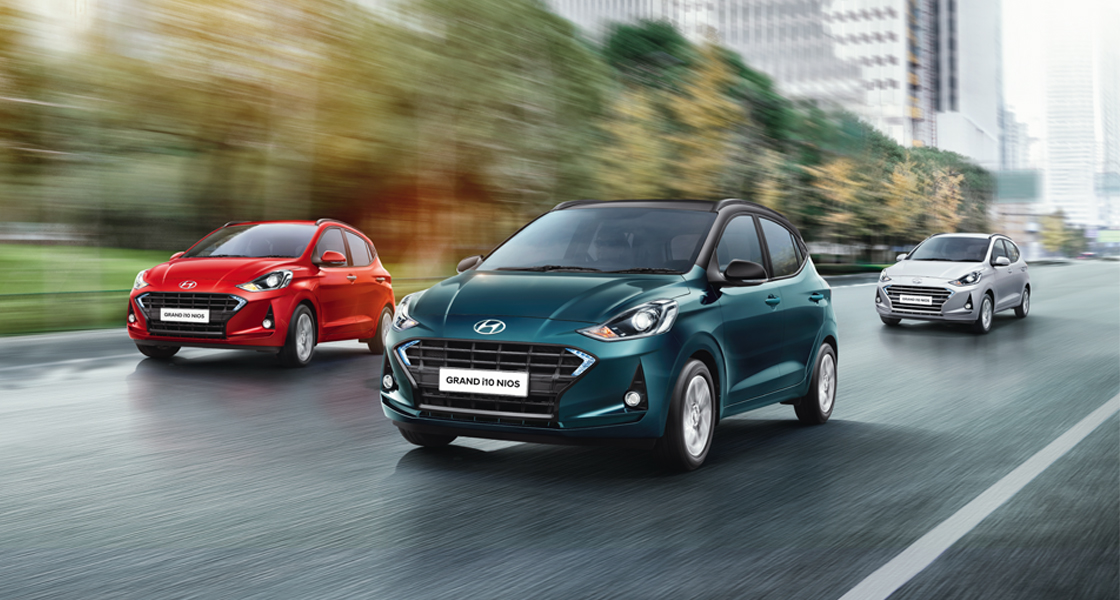 As we just said, the new Hyundai Grand i10 Nios Corporate Edition is based on the Magna trim but gets a handful of new features. Speaking of these additions, the new model gets 15-inch gun-metal styled wheels, power-folding ORVMs with integrated turn signals, and a 17.14cm touchscreen infotainment system with smartphone navigation. Hyundai has also incorporated a plug-in air purifier with gesture control and a HEPA (High-Efficiency Particulate Air) filter. Customers will also find the ‘Corporate’ emblem on the new hatchback.

The new Hyundai Grand i10 Nios Corporate Edition is available with the same engine options as the regular variants. What this means is that the petrol variant of the new model gets its juice from a 1.2-litre naturally-aspirated petrol engine that outputs 83 PS of maximum power and 113 Nm of peak torque. Transmission options include a 5-speed MT and a 5-speed AMT. Meanwhile, the diesel engine variant draws its power from a 1.2-litre diesel engine that pushes out a maximum power of 75 PS and a peak torque of 190 Nm. The motor comes mated to a 5-speed manual transmission.

The recently launched Hyundai Grand i10 Nios Corporate Edition model is priced quite competitively, with the petrol MT version starting at Rs 6.11 lakh and the product range-topping out at Rs 7.19 lakh for the diesel manual model. In the table below, we have a complete price list of the new model –

*All prices are ex-showroom

Launched last year, the third generation of the popular supermini is on sale alongside the second-gen model, which continues to be known simply as the Hyundai Grand i10. The Grand i10 Nios battles it out with the likes of Maruti Swift and Ford Figo and comes across as a good option for all those looking for a practical and well-rounded small car.