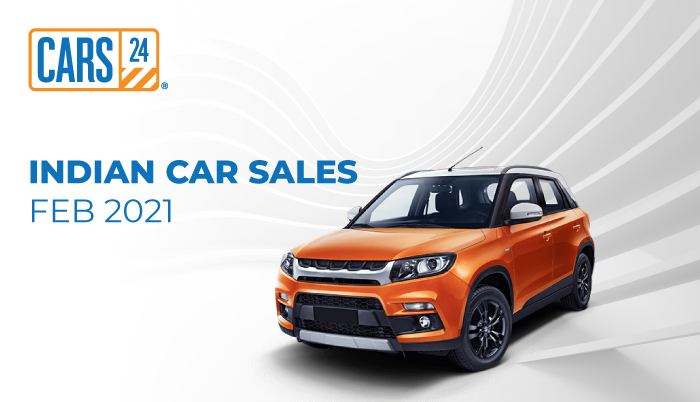 The car sales spree in India continued in February as most of the brands posted positive growth, the number of new cars sold was 23.1 per cent more than in the same month last year, recent sales figures have revealed.

According to FADA (Federation of Automobile Dealers Associations) data, 3,08,539 cars were sold in the country in February against the previous month’s 3,03,904 units.

Maruti, Hyundai, and Tata led the car sales charts in February; the most prominent contributor was Maruti, with 1,44,761 units. The country’s largest carmaker sold 1,39,002 units in January 2021 and 1,33,702 units in February 2020. The company recorded a YoY growth of 8.3 per cent with a market share of 46.9 per cent. Maruti was followed by Korean carmaker Hyundai with 51,600 units recording YoY growth of 29 per cent. It currently holds 16.7 per cent of the market share in India.

Tata Motors took the third spot with total sales of 27,224 units. The indigenous brand has shown massive growth in the recent few months and recorded a YoY growth of a whopping 119 per cent with a market share of 8.8 per cent.

Fourth on the list is Kia Motors, Hyundai’s sister company, with a total sale of 16,702 units; the carmaker witnessed a 7 per cent increase in YoY sales. Mahindra concluded the Top 5 with a total sales of 15,380 units and showed a YoY growth of 43 per cent.

Toyota recorded its highest monthly sales in two and a half year; this was primarily due to the launch of the facelift version of the Fortuner SUV. The Japnese carmaker sold a total of 14,069 cars and recorded a YoY growth of 26 per cent.

The French carmaker Renault was the only other brand that sold more than ten thousand units in February; Renault’s sales can be attributed to the newly launched sun-compact SUV, the Kiger. The brand sold a total of 11,043 cars and witnessed a YoY growth of 25 per cent.