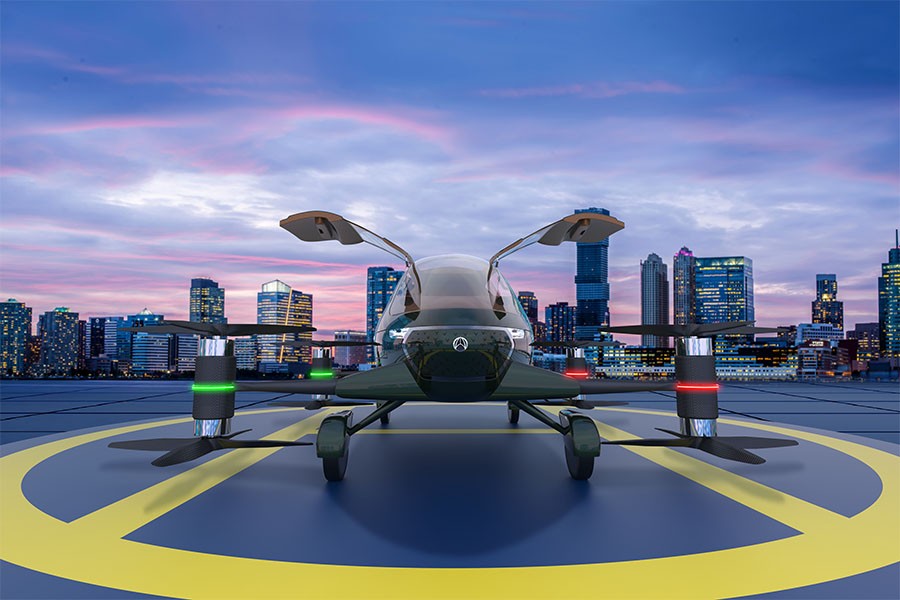 One of the biggest problems our country faces is the bulging traffic jams coursing through every city’s veins. Countless jokes and puns and troubles later, there seems to have arrived a fix to all the traffic woes of our major cities. This magical solution, the answer to how to get our cities back on track, to fix the cities that are crowded with cars, is developed by this Indian company by the name of Vinata Aeromobility.

This company has come up with a hybrid flying car that is ready to disrupt the traditional methods of transportation. The unending long traffic jams that are a menace are sure to melt away because these cars can prove to be a complete game-changer. These flying cars can be used for multiple purposes.

The Civil Aviation Minister Jyontiraditya Scindia recently took to Twitter to reveal the concept model of the hybrid flying car that is Asia’s first, developed by the team of a Chennai-based startup. Expressing the multiple uses of these conceptual cars, Scindia said that these cars could be used for transporting cargo, daily commutes of everyday people, and also for the emergency medical services.

The Chennai-based startup is ready to launch its autonomous hybrid flying car. The startup Vinata Aeromobility showcased their car at the world’s largest Helitech Exhibition – Excel, London, on October 5th. The flying car is revolutionary even on the inside as it carries the feature-loaded digital instrument panels along with artificial intelligence. All of this is done to enhance the user experience when driving on the road or flying in the sky.

The company also says that their car is a luxury car, with a stunning exterior and features for entertainment onboard. There is a panoramic window canopy for breathtaking 300 degrees visuals when on board. Talking of the cars that can fly, the first thing that comes to mind is the takeoff and landing of the vehicles. The hybrid car weighs around 1100kgs and can carry a maximum weight of 1300 kgs while takeoff. The car has an electric battery, and this Hybrid flying car is a Made in India Hybrid Electric VTOL( vehicle takeoff and landing aircraft). The upcoming hybrid vehicle has a coaxial quad-rotor. The hybrid flying cars are designed to carry two passengers at a time and will cruise on a speed range of 100 to 120km/hr. The car is capable of achieving a flight time of 60 minutes and can go as high as 3,000 feet.

The company Vinata Aeromobility has said that their Hybrid Powered flying car is sustainable and uses Bio Fuel. The Hybrid car though being quite revolutionary, still will take a lot of time to make people accustomed to the idea of flying in a car. The major concern is the safety of passengers in the flying car.

Also, the company has thought of preventing a condition when the generator fails or is interrupted, and the power backup will kick in to provide supply to the motor. In the most adverse of situations, the passenger can seek rescue using the ejection parachute that is equipped in the car. The hybrid flying car has an ejection parachute and airbags filled cockpit for ensuring maximum safety from the worst of situations. Not only in India but throughout the world, the UAM that is the Urban Air Mobility is shaping into reality. The biggest of companies are joining hands to speed up the process and bring UAM as early as possible. We might see this as reality in the USA and Europe sooner. Big companies like Boeing and Airbus are collaborating to bring UAM to Japan. Other companies are also pushing to make bigger strides in this area, such as Uber and Lockheed Martin.