Kia's Sonet to be launched on August 7 in India: Expected price, features, specs

Kia Sonet to Debut on August 7

Kia Sonet to Debut on August 7 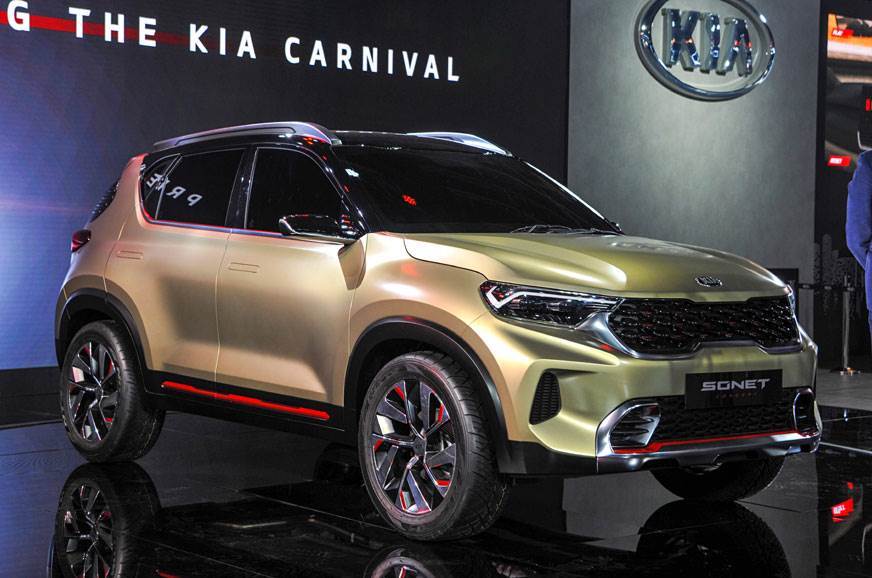 For over a year, the Kia Seltos has remained as the bread and butter model of the Indian subsidiary of the South Korean premium carmaker. Earlier this year, at the Auto Expo 2020, the company even launched its second offering, which came in the form of the Carnival luxury MPV. However, it must be mentioned here that the Carnival has a small target audience, which is basically due to the low popularity of large MPVs and its high price tag. Now, however, Kia is working on its third offering for India and this time around, it looks like the manufacturer is all set to grab a bigger share of the sales pie.

We are talking about the Kia Sonet here, which is an upcoming sub-4-metre SUV that debuted at the Auto Expo 2020 in its concept form. Now, it has come to light that the company is ready with the pre-production model, which will debut on August 7. What this also means is that the launch of the new car is only a while away from us and soon, we’ll have what could be the new bread-winner for the South Korean manufacturer’s Indian division.

The Kia Sonet will become a direct rival of some well-established models, including Hyundai Venue, Maruti Brezza, Mahindra XUV 300 and Tata Nexon. It will even lock horns with the upcoming Nissan Magnite. However, what needs to be mentioned here is that the Sonet will be promoted as a more premium model and hence, its prices are likely to be higher than every other model in the segment. The company will try to justify the higher price tag through a more exhaustive features list, bolder design and its high brand value.

That said, the Kia Sonet will share its engine and platform with the Hyundai Venue. This means the smallest engine on offer will be the 1.2-litre Kappa-series naturally aspirated motor that outputs 85PS and 114 Nm. The second petrol motor on offer will be a 1.0-litre Kappa Turbo-GDI engine that will output a maximum power of 120PS and a peak torque of 172Nm. The third engine option will come in the form of a 1.4-litre CRDi diesel unit which offers 99bhp of maximum power and 215Nm of peak torque. Transmission options will include a 6-speed MT, a 6-speed iMT and a 7-speed DCT. The 6-speed iMT (Intelligent Manual Transmission) that will be found on the Sonet is about to debut on the Venue and will be the first-ever such gearbox option in this segment. Prices of the Kia Sonet are likely to range from Rs 8 lakh to Rs 12 lakh (ex-showroom).