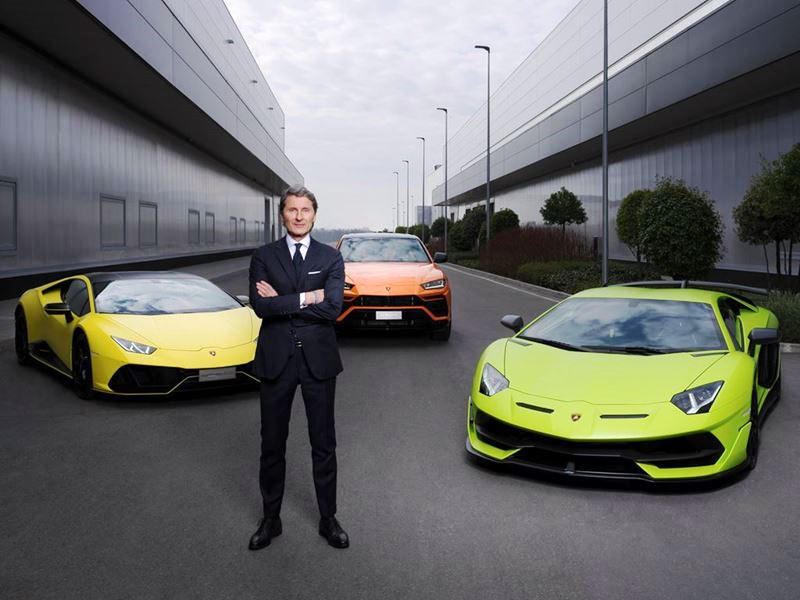 With the relentless push towards a greener, cleaner & carbon-neutral world, automakers have been facing an avalanche of criticism. We all know that burning fossil fuel causes pollution, but for most of us auto enthusiasts, the internal combustion engine (ICE) is still the holy grail. However, thanks to increasing pressure from governments (especially in Europe), many automakers have started electrifying their cars – even niche ones like Ferrari. And now, Lamborghini has entered the fray too, committing to full electrification of its cars by 2024.

According to the Sant’Agata-based brand, all of its outgoing models will feature some form of electrification in the next two to three years. This includes models like the Huracan, Aventador, and Urus – all of which will have a plug-in hybrid (PHEV) successor soon. In fact, Lamborghini has poured in a staggering €1.5 billion into its future electrification process. Furthermore, as part of its latest objective, Lamborghini will be introducing the world to a fully electric car in the second half of this decade. From that point on, there will be no turning back to internal combustion.

Speaking about the company’s future plans was Stephan Winkelmann, President and CEO of Automobili Lamborghini. He said,

“Lamborghini’s electrification plan is a newly-plotted course, necessary in the context of a radically changing world, where we want to make our contribution by continuing to reduce environmental impact through concrete projects. Our response is a plan with a 360-degree approach, encompassing our products and our Sant’Agata Bolognese location, taking us towards a more sustainable future while always remaining faithful to our DNA. Lamborghini has always been synonymous with preeminent technological expertise in building engines boasting extraordinary performance: this commitment will continue as an absolute priority of our innovation trajectory. Today’s promise, supported by the largest investment plan in the brand’s history, reinforces our deep dedication to not only our customers but also to our fans, our people, and their families, as well as to the territory where the company was born in Emilia-Romagna and to Made in Italy excellence.”

At present, the limited-edition Sian is Lamborghini’s only electrified offering. Its radical design and fabulous supercar styling sure is a major draw, but Lamborghini also wants us to focus on its electric portion. While the primary thrust is provided by a magnanimous 6.5-liter naturally-aspirated V12 petrol engine, the Sian also incorporates a 34hp 48-volt e-motor within its 7-speed automated manual gearbox. Combined, the two systems blast out 808hp, allowing the Sian to hit speeds of over 350 kmph! In the case of the Sian, Lamborghini has used advanced & lightweight supercapacitors instead of the usual lithium-ion batteries. It remains to be seen if the company’s future PHEV models will go down the same route.

It is highly unlikely for Lamborghini to use traditional lithium-ion batteries in its cars. Not only do these battery packs weigh a lot, but they also are not nearly as efficient in high-performance applications. With weight being a major constraint for brands such as Lamborghini and Ferrari, neither will be thrilled to use heavy batteries just in order to appease greenists.

On the other hand, Lamborghini’s future plug-in hybrid and fully electric models will mostly not use this rare supercapacitor tech. According to the marque, not only are these very expensive, but they simply do not offer enough range nor are capable of significantly cutting down on emissions (on PHEVs).

What is very apparent is that the future of one of the most endeared auto brands will be electric. Whether many of us like it or not, this was simply inevitable. Thankfully, in the short-term, upcoming Lamborghinis such as the next Aventador will still retain its awesome V12 engine – albeit with the assistance of an electric system. Before vanishing forever, Lamborghini has promised that it will launch a couple more models in the near future with the good old internal combustion engine. But this makes one wonder: without V12-powered Lambos, will this world will become that much blander and more boring?