Maruti S-Presso price, features, variants and all you need to know 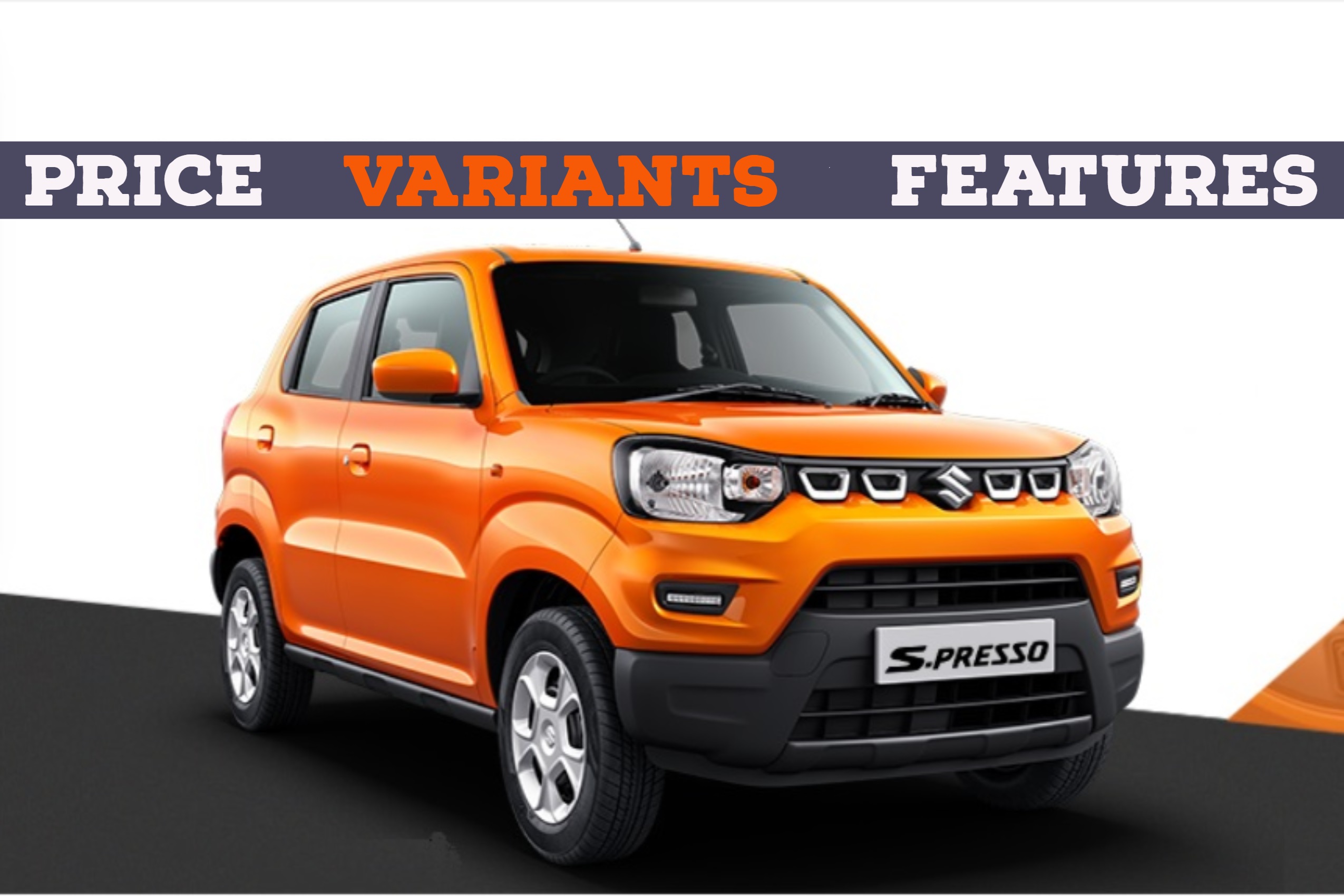 The wait is finally over!
The most awaited micro SUV from the highest-selling automobile manufacturer of the country, Maruti Suzuki S-Presso has been launched at an introductory price of 3.69 lakh.

The S Presso is the latest addition to Suzuki’s Heartect platform which also produced some of the best selling cars like Swift, Dzire, and Wagon-R. The micro SUV comes in four variants namely Standard, LXI, VXI and VXI and an option of AMT gearbox is available as well. The S Presso is powered by a 1 litre BS-6 compliant petrol engine which puts out 67bhp ( same engine as the Alto K10) with 90nm of torque in offer. According to ARAI the mileage or the fuel economy is 21.7 Km/litre in both manual and AMT versions.

The price for different variants of the S-Presso is below,

The S Presso comes with a cool looking digital Instrument cluster, storage space in the front and rear. The car is equipped with a driver-side safety air-bag. driver and co-passenger seatbelt warning system, ABS with EBD, reverse parking sensor, and a high-speed alert system in the standard variant. You could also opt for a passenger-side airbag, sunvisors and seatbelt pre-tensioners on the base variant. The standard variant gets body cladding which showcases the SUV genetics in the S-Presso.

The top-end variant of the S-Presso features a 7inch SmartPlay Studio touchscreen infotainment system enabled by voice recognition, steering-mounted controls, rear body-coloured ORVMs and door handles. Alloy wheels are not available in any of the variants but Maruti has a lot of accessories available for the S-Presso.

S-Presso is sold through the Arena dealerships of Maruti Suzuki across India. Maruti also claims that it has achieved 98 percent localization on auto components and parts used in the S-Presso.

How do you think the S-Presso will fair in the market? Let us know your thoughts in the comments below.