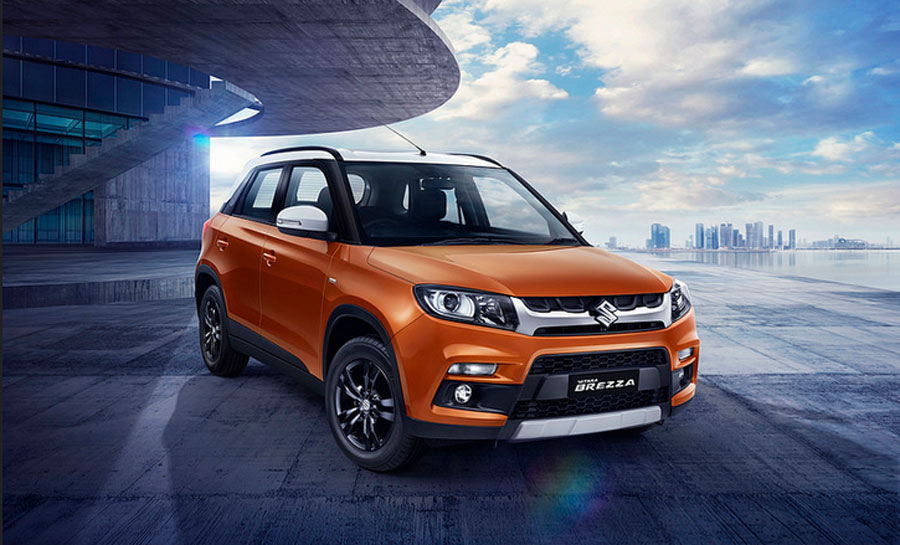 To the top-end trim level, Maruti has added new blacked-out alloy wheels that make it look a bit sportier than before. Also, all the variants get a silver finish grille and boot lid garnish as a standard feature. The interiors have been updated to an all-black colour scheme with a piano black trim for all the variants. Since its launch, Brezza has been the top-selling model in its segment. Now, it has become the third car in the segment to offer a diesel automatic variant. The first two SUVs to do so are the Mahindra TUV 300 and the Nexon AMT. Ford EcoSport and the Nexon petrol also offer petrol automatic version but Vitara Brezza is yet to get a petrol variant. On comparing price point with its rivals, the Vitara Brezza is the cheapest diesel SUV in the segment to offer an AMT version.

The Maruti Vitara Brezza has been the top-selling SUV in India ever since its launch. The compact SUV is available only with a diesel engine option as of now and petrol version is expected to be launched by mid-2018. Like the regular model, the new Maruti Vitara Brezza AMT is powered by a 1.3-litre DDiS diesel engine which generates 88 Bhp and 200 Nm of peak power ad maximum torque respectively. All the variants of the 2018 Maruti Vitara Brezza offer standard safety features like ABS with EBD, reverse parking sensors, dual airbags and high-speed warning.