"Your Car Will be Safe" - says Comdt. RC Choudhary

“My Car will Be Safe” – says Comdt. RC Choudhary 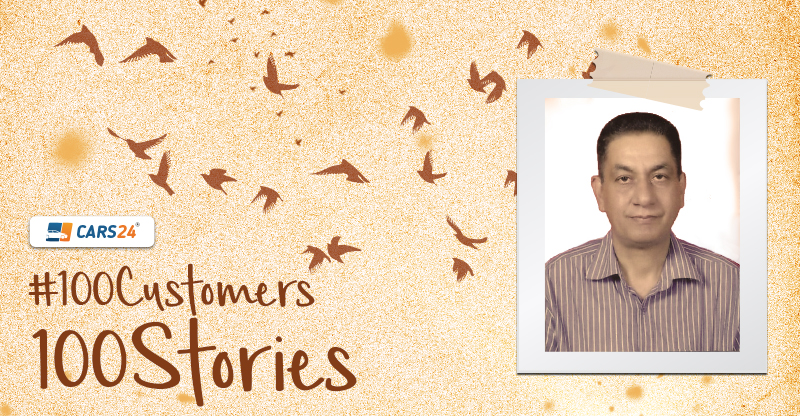 The brave and gritty Comdt. RC Choudhary visited us on 18th August, 18 to sell his Maruti Suzuki Wagon R 1.0. The deal was finally closed on 23rd Aug, 2018 at our Jaipur branch. Choudhary ji wanted to sell his old car to CARS24. His first question to us was regarding the safety of his car and we assured him that his Car will be Safe with us.

When we asked him about any specific reason why he wanted to sell his car, he was prompt –

“We want to buy a new and bigger car. So we decided to sell this one.” “My daughter-in-law came to our house in this car only for the first time. Those nostalgic memories are still fresh in my mind. The more I think about memoirs with this car, the more emotional I become.”

Then, he narrated an incident when the entire family was in Mangalore and how this car came as a saviour.

“We were in Mangalore and needed to bring something back home. But neither the railway nor any airline was allowing us. In no time, we decided to buy a car and do a road trip.”

He further told us,

“This car is very dear to me. But, you know, you have to change with the times and a bigger car is my current need. I really hope my car will be safe with CARS24.”

On hearing this, Mr. Yuvraj Singh became emotional. He realised that at CARS24, we were not only buying used cars but, becoming a slice in the life of our customers.

At CARS24 customers can rest assured that their cars will be received by safe hands and their car will be safe with us.