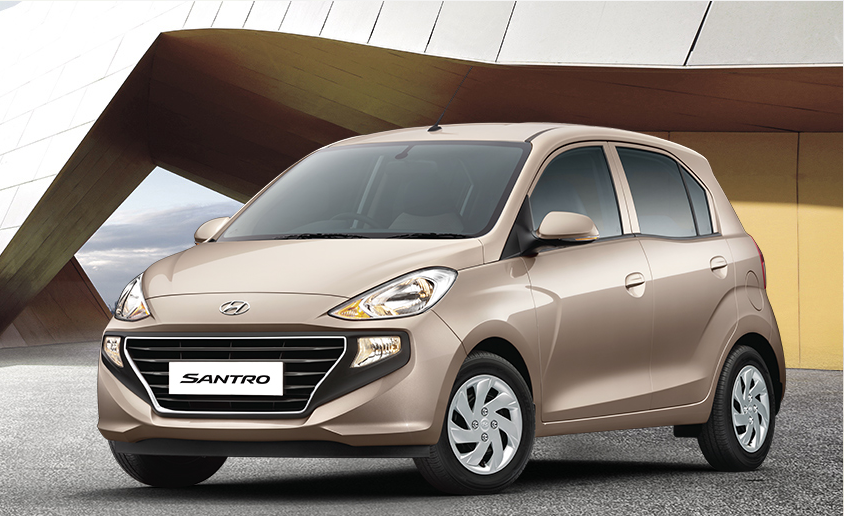 We Indians have long been in love with small, affordable hatchbacks. This is because the idea of owning a new car that does not cost a fortune and demand much in terms of its overall upkeep is quite a lucrative one. South Korean auto giant Hyundai understood this way back in the late 1990s when it launched the first-generation Santro in India. Given its exciting combination of everyday practicality, low running costs, interior space, peppy powertrain, and a decent list of features, the car was an instant hit among the masses. Fast-forward to late 2018 and after a long sabbatical, the all-new third-generation Hyundai Santro was finally unveiled to the public, which was a piece of welcome news for many.

Nearly two years after it was first released, Hyundai has now launched two new variants of the Hyundai Santro in India. The all-new Magna Executive CNG and Sportz Executive CNG trims are priced at Rs 5.87 lakh and Rs 6.00 lakh (ex-showroom), respectively, and are based on the Magna trim. Essentially, the Santro Magna sits one step above the base Era trim, whilst the Sportz is slotted above the Magna. Meanwhile, the company has now entirely pulled back the standard Magna CNG and Sportz CNG variants from the Santro’s existing portfolio. And since the new variants of the Santro CNG are based on the Magna trim, their features list looks quite similar as well. So this means that you won’t get some nifty features such as keyless entry, front fog lamps, rear speakers, plus there is no Android Auto & Apple CarPlay to be found here, either.

Under the hood of the CNG-powered Hyundai Santro Magna Executive and Sportz Executive variants is a 1.1-litre four-cylinder engine that is mated to a 5-speed manual gearbox. This small four-popper usually generates 68hp and 99Nm of peak torque when it is fueled with petrol, though it is only capable of dishing out a measly 59hp and 85Nm of torque when using compressed gas as its primary fuel source. Therefore, do not get into the driver’s seat of the Santro CNG and expect some spine-tingling, tarmac-scorching straight-line performance. In fact, outright performance is never really the point with most buyers when buying a budget hatchback such as the Santro. Having said that, the light clutch and relatively short throws of this gearbox do mean that you can have some fun while behind the wheel of this hatchback.

Keep in mind that the higher asking price of the new Hyundai Santro Executive CNG variants does make them slightly dearer to your wallet than their Maruti Suzuki WagonR CNG counterparts. However, when you consider that the exterior styling of the Hyundai is far less polarizing than the boxy, relatively awkward design of the WagonR, that extra dough hurts less. This is despite the fact that the latter does come with more interior room for its occupants. The new Hyundai Santro Executive CNG variants are slightly more expensive than their non-CNG siblings as well, but they do offer increased flexibility for cost-conscious buyers. Finally, customers of the new Hyundai Santro will be getting a 3-year/100,000 kilometer manufacturer warranty and a 3-year roadside assistance service as well.