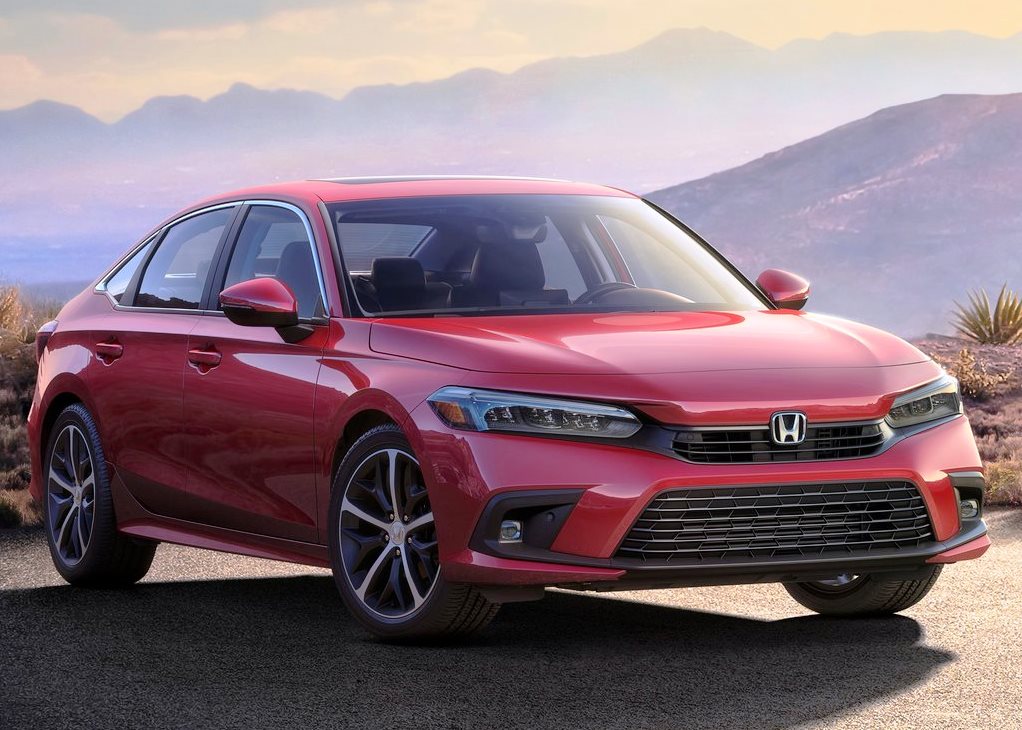 Late last year, the world was introduced to the all-new 2022 Honda Civic. At the time, the latest avatar of the Civic was nothing more than a concept car. It looked very real and ready, but it was just a functional prototype. However, after nearly five months, the Japanese automaker has now revealed the production-spec model of the eleventh-generation Civic. Mind you, when I say unveiled, what I actually mean here is that Honda has released one photo of the production-ready car. According to Honda, the 2022 Civic will be officially revealed to the public on April 28, 2021.

While there is only a single photo of the 2022 Honda Civic, we can draw a few conclusions. As far as the general design is concerned, it seems like this production-spec model looks quite a lot like the concept from 2020. At the front, the design of the headlamps, main grille and air dam bear a lot of resemblance to the those seen on the concept. Sure, it seems like Honda has tweaked the styling of the bumper by a bit, but the change isn’t drastic. Meanwhile, the pronounced ridges running from the hood to the front of the A-pillar remain. Along the sides, the only noticeable alteration comes from the design and size of the alloy wheels. While the production-spec rims look stylish, they aren’t as bold in their design and seem an inch or two smaller.

If you look close enough, the Civic concept gets sporty black surrounds around the windows and on the mirror caps. On the production-spec car, the latter is painted in the respective body color, while the black window surrounds have been replaced with a combination of matte plastic and chrome for a more upmarket feel. If you were to place the eleventh-gen Civic next to its predecessor, you will notice that the overall silhouette of both cars is pretty similar. This is because much of the changes that have been made by Honda seem to be restricted to the sheet metal lower down on the body. Meanwhile, the company hasn’t released any pictures or clues about how the rear of the production-spec Civic will look like. However, I doubt there’s any major difference between the concept and the final car on this front.

Having said that, one can expect a few design features on the back of the 2022 Honda Civic. There will be revised tail lamps with new LED running elements, plus a boot-lip spoiler, and a slightly redesigned bumper with dual exhaust tips. There will eventually be a Type R version of the all-new Civic and it will definitely boast a sportier exterior trim. Stepping inside the 2022 Honda Civic should be a far more modern and refreshing experience. Since the marque hasn’t released any images of the cabin of the eleventh-gen Civic, we will have to resort to taking clues from the official sketch that was published last year.

Compared to its predecessor, the interior of the 2022 Honda Civic will see many improvements and upgrades. The design of the dashboard of the all-new Civic might remind some of the previous-gen Audi Q7. This mostly down to the minimalistic styling that goes along with the singular front vent design and the top-mounted infotainment unit. Honda has also revised the positions of the HVAC controls and the center pedestal. Meanwhile, higher variants of the 2022 Civic will get a digital instrument cluster, a newer 9-inch touchscreen with Apple CarPlay & Android Auto, an electric sunroof, leather upholstery, and Honda’s LaneWatch safety aid. Unfortunately, there is absolutely no word on the type and number of powertrains that will offered on the 2022 Civic. Also, if you are wondering if the all-new Honda Civic will make it to India… No, it probably won’t.