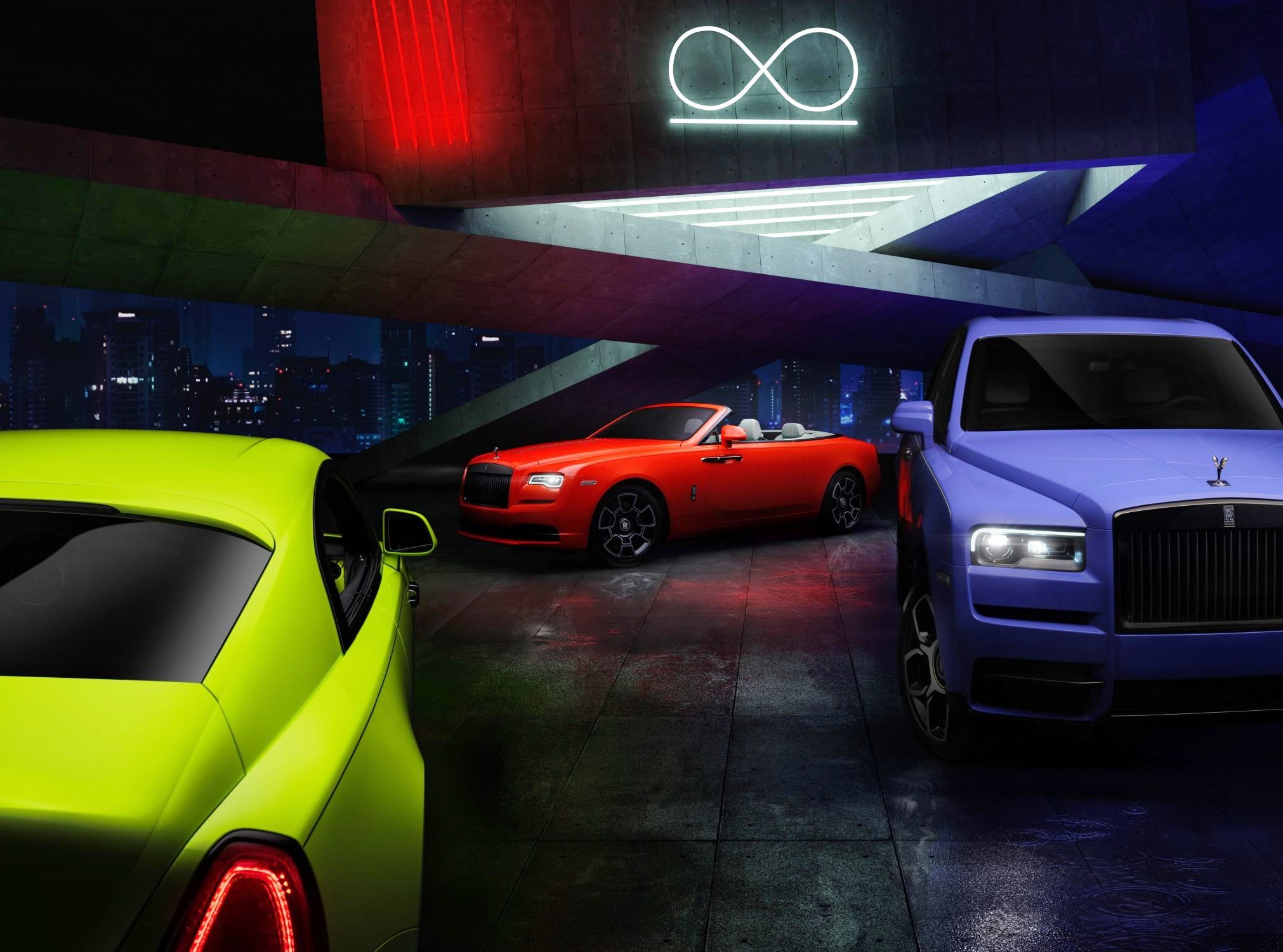 Rolls-Royce Black Badge models are probably special and expensive enough for most wealthy folks. However, if you are one of those who thinks you need something even more special and bespoke, Rolls-Royce has just the right idea for you. It is called Black Badge Neon Nights, and this is what you need if you are a popular rapper or flashy business tycoon. To make the decision more widespread yet straight-forward, RR will offer the limited-run Neon Nights package on all of its Black Badge models. This means that the Neon Nights theme can be had on the Cullinan, Dawn, and Wraith.

Also Read – Bentley To Fully Electrify Its Line-Up By 2030

Of course, I am not even going to mention the cost of these limited-run variants of the already-expensive Black Badge models. If you can afford them, you don’t care. And if you can’t, well… Speaking about the Neon Nights variants, they are currently only available in the US. However, Rolls-Royce said that it would commission 3 cars of each color – red, blue, and green, respectively. Mind you that is just 3 cars for the whole world! As you can tell, these are really special, and I wouldn’t be surprised if all of them have already been spoken for.

As for the colors, the Neon Nights variants come in Lime Rock Green, Eagle Rock Red, and Mirabeau Blue. According to Rolls-Royce, the inspiration for these eye-catching colors came from natural examples. For example, the Eagle Rock Red hue on the Dawn has its origin in a flower of the same shade and which is native to a tree in Hawaii.

Meanwhile, the Mirabeau Blue color on the Cullinan can be tracked back to a beautiful but rare butterfly that is found exclusively in Central and South America. Finally, the Lime Rock Green found on the Wraith Neon Nights variant got its inspiration from the Green tree Frog found in Australia. If you are into nature (and are wealthy), these Rollers will definitely strike your fancy.

The Rolls-Royce Neon Nights variants have also had their interior theme worked on. To go along with its striking Eagle Rock Red exterior color, the Dawn gets a slightly toned-down but posh Selby Grey interior with Koi Red stitching and piping.

The cabin of the Mirabeau Blue Cullinan is draped in an equally cool Arctic White theme to go with its exterior hue. This Cullinan has much of its interior dressed in Lime Rock Green stitching and piping for that brilliant contrast.

On the other hand, the Lime Rock Green colored Wraith has its cabin bathed in a Scivaro Grey color scheme. Furthermore, its exterior shade is also found on several of the interior trims in the form of accents and stitching. Overall, if you step inside any of these Neon Nights variants from Rolls-Royce, you better like bright colors.

Sami Coultas, Bespoke Designer Color and Trim at Rolls-Royce Motor Cars, said, “Neon Nights is a vibrant trilogy of Rolls-Royce Black Badges, whose inspiration comes from nature. The newly developed Bespoke paint is applied to the Black Badge variants of Wraith, Dawn, and Cullinan – the darker and edgier ‘enfants terribles’ of the Rolls-Royce family.  Taking cues from the natural world, including an Australian green tree frog, a Hawaiian tree flower and an exotic butterfly, these limited hues show Black Badge bolder in colour, appealing to patrons around the world who really do dare to be different.”

By now, you will be convinced that just because these are part of the Black Badge series doesn’t mean that they have to be black. It seems like Rolls-Royce had quite a few inquiries assuming the same about their Black Badge cars from really well-heeled clients. Since they can’t really send an e-mail trying to convince them otherwise, Rolls-Royce went ahead and commissioned these limited-run variants, instead. Ah, typical Rolls-Royce.