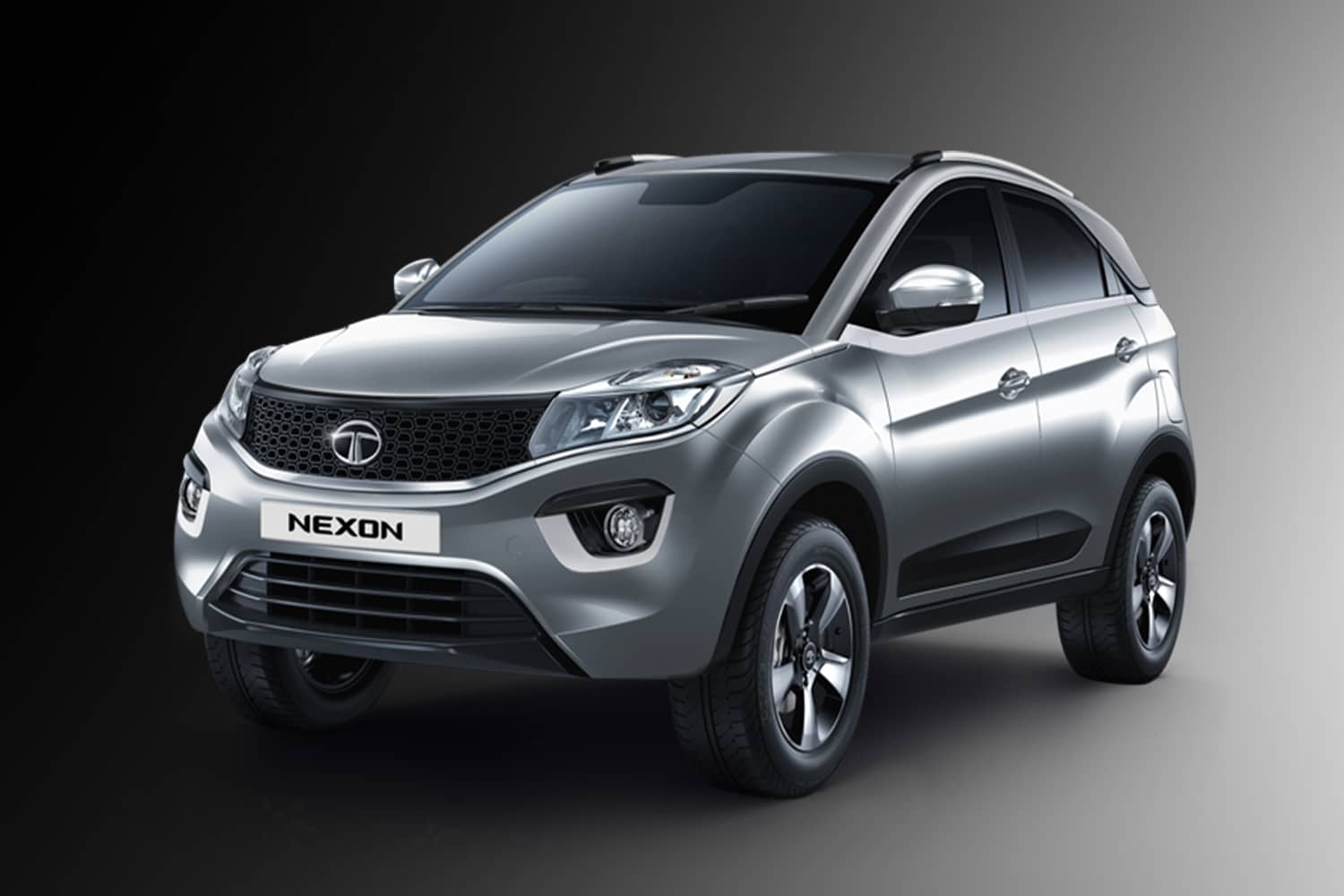 Previously, we reported that Tata Motors has on cards, another premium variant for the Nexon sitting just below the topmost “XZ+” variant. It is now confirmed that the new XZ variant has been launched and sits just below the XZ+.  The new Tata Nexon XZ variant has been priced at ₹ 7.99 lakh for the petrol version and 8.99 lakhs for the diesel version (all prices ex-showroom, New Delhi). This effectively places it right in between the XT version and XZ+ version.

The decrease in price from the premium-most XZ+ variant will be seen through a few omissions on the interior and exterior fronts. The most noticeable bits will be the absence of the DRL (Daytime Running Light) strips in the headlight cluster and the lack of fog lamps, both at the front and at the back. The full alloy rims will also be replaced with dual-tone wheel covers and no dual-tone roof paint will be available for the XZ variant. On the interior front, the central armrests have been excluded. The 60:40 rear split-seats have also been removed along with the handy push-button start.

Despite the above omissions, Tata has managed to incorporate a good amount of the premium bits of equipment for the XZ variant. Although the DRL’s won’t be present, the projector lamps stay which will still make for an upmarket appearance from the front. The heart of the Nexon’s interior, namely the 6.5-inch floating touch-screen infotainment system by Harman will be present on the XZ variant with all its functions. It comes with 8 speakers and a comprehensive voice command system which also allows you to read and reply to Whatsapp messages. Height adjustable seats and seatbelts and the Auto Climate Control will also be present along with the rear vents.

The Tata Nexon XZ will be powered by the same mechanical components as the other variants with a 1.2-litre petrol and a 1.5-litre diesel engine. We think the XZ version could be very successful as it does get a good amount of equipment and the omissions are primarily cosmetic. Tata also proposes to have an AMT gearbox ready soon for the Nexon XZ to reel in even more customers.