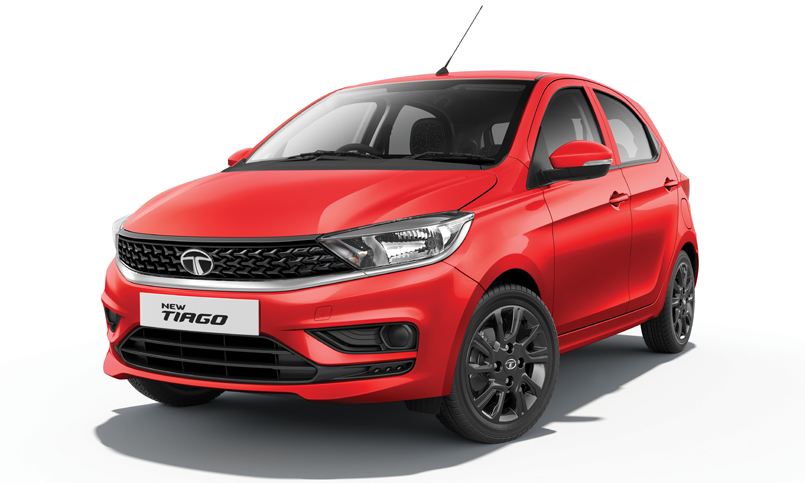 Since its first arrival back in 2016, the Tata Tiago has maintained a decent market reputation. Its combination of proven safety features, modern exterior design, and aggressive pricing has made it quite a good allrounder in the segment. But it had been a while since Tata Motors did anything to keep the Tiago in the forefront. Of course, there was an update in 2020, but as we know, sometimes you need to keep the fire burning. Therefore, we now have the Limited Edition variant of the Tiago. Interestingly, the Tiago Limited Edition launch commemorates the car’s first anniversary since last year’s update. As with most of these special variants, the Tiago Limited Edition is based on the standard model’s XT variant.

Commenting on the launch of this new variant was Vivek Srivatsa, Head of Marketing, Passenger Vehicles Business Unit, Tata Motors.

“Since its launch in 2016, the Tiago has been very successful in its segment and has been appreciated by all. Following the same, the product’s BS6 version was introduced in 2020 which also received a 4 star safety rating by GNCAP at launch, making it the safest in its segment. With more than 3.25 lakh happy customers on the road, the Tiago has evidently received tremendous market response. We are confident that through the introduction of this limited period variant and in alignment with our New Forever philosophy, we will continue to bring excitement in this space while catering to the ever evolving demand of our consumers.”

Priced at Rs 5.79 Lakh (ex-showroom Delhi), the Limited Edition costs nearly Rs 30,000 more than the regular XT variant. Having said that, it is still cheaper than the next variant on the list, the XZ, by almost Rs 15,000. So, what do you get for the money? Well, the exterior of the Tiago Limited Edition isn’t all that different from the regular model. So it features the same black front grille, angular headlamps, blacked-out lower apron, Boomerang-shaped tail lamps, and a roof spoiler. For the Limited Edition variant, exterior paint options are limited to Flame Red, Pearlescent White, and Daytona Grey. However, one of the most important giveaways here comes in the form of the 14-inch gloss black alloy wheels that are exclusively offered only with this Limited Edition variant.

Check Out – 2021 Mahindra TUV300 Launch Just Around The Corner

In comparison, the standard Tata Tiago XT gets 14-inch steel wheels with covers. Regardless, the Tiago Limited Edition exterior will not look all that different to most people, save for those new wheels, of course. Thankfully, Tata has not stopped there. The interior of the Limited Edition definitely scores more in the way of features. To begin with, there is now a rear parcel shelf (which is not present in the XT variant. Then there is the main attraction – a 5-inch touchscreen infotainment system by Harman. The head unit, though dinky and low-res, adds more value to the overall package. Furthermore, it gets 3D navigation using Navimaps and also supports image and video playback.

When you put the car into reverse, the touchscreen also doubles up as the Park Assist display. Obviously, since there is no reversing camera in the Tiago Limited Edition, this screen only shows colored lines fed from the rear sensors. Still, it is much better than just listening to those annoying beeping sounds the standard setup offers. The Harman system is even capable of voice command recognition, meaning that you don’t have to prod the small screen much. Tata has left several large physical buttons and knobs to control most infotainment system functions, which is good because the screen is laughably small. Of course, the Limited Edition also gets the digital driver’s display as the rest of the Tiago range.

Under the hood, the Tata Tiago Limited Edition gets the same Revotron petrol engine as every other Tiago. It is a 1.2-liter three-cylinder unit that puts out 85hp and 113Nm of twist, though a 5-speed manual gearbox is the only transmission on offer. If you want the more convenient AMT, you will have to step up to the XZA or XZA+ variants. Being a modern Tata vehicle, even the base variants of the Tiago come well-equipped. In this case, there is ABS with EBD, Corner Stability Control (CSC), dual front airbags, and front seatbelts with load-limiters and pretensioners. One of the main talking points about the Tiago is that it is still the safest car in its segment. It was awarded a 4-star safety rating by Global NCAP, really impressive for an affordable hatchback such as this.