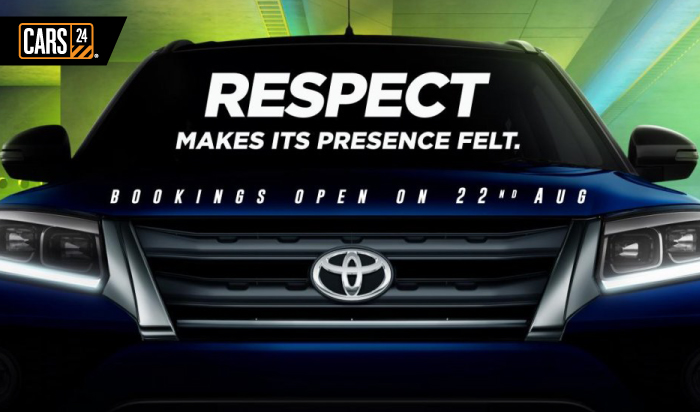 It has by now become quite well known that Toyota Kirloskar Motor (TKM) is busy readying a re-badged Maruti Vitara Brezza to launch its first-ever sub-compact SUV in the country. This exercise will be similar to what the carmaker did for the Baleno-to-Glanza conversion. Bookings for the new model are already underway for a token amount of Rs 11,000. And now, in a new development, the company has revealed the variant details of the new SUV.

Unlike the Toyota Glanza, which is sold only in G and V grades, the Toyota Urban Cruiser will launch in three grades – Mid, High and Premium. These will be equivalent to the VXI, ZXI and ZXI+ trims of the Maruti Vitara Brezza. The base LXI variant of the Maruti Vitara Brezza, however, will not be used by the Toyota in a bid to project the Urban Cruiser as a more premium offering. Also, we have got to know that the Urban Cruiser will get the automatic transmission option on all the trims in which it will be sold in.

Cosmetically, the Toyota Urban Cruiser will be almost like the Maruti Vitara Brezza, with the changes restricted only to some of the small soft parts. However, thanks to a new front grille, Toyota has successfully managed to infuse its DNA into the original SUV’s design by giving it a Fortuner-like look. Even the fog lamp housings seem to have been inspired by those on the Fortuner. Clearly, the company wants the magical popularity of the Fortuner to benefit its new entry-level SUV. Also, thanks to these updates, the Urban Cruiser manages to look a tad bolder than the Vitara Brezza. Finally, unlike the donor model, the Urban Cruiser will be available in a nice dark brown shade.

Inside, however, there will be hardly any changes to tell the two cabins apart, except, of course, for the Toyota badge on the steering wheel. Another small difference will be courtesy of the unique dual-tone dark brown upholstery. Powering the new Toyota Urban Cruiser will be the same motor as the Brezza, which means it will get its juice from a 1.5-litre K-Series engine that belts out 104 PS and 138 Nm. Like on the Brezza, the Urban Cruiser will be sold with a 5-speed manual transmission and a 4-speed automatic unit. SHVS will be available on both transmission variants, which is unlike Maruti’s strategy to offer the mild-hybrid technology only on the automatic variant.

Akin to the Toyota Glanza, the Urban Cruiser will be sold with a 3 year/1,00,000 km warranty. Also, while it won’t be sold in a LXI-equivalent trim, the prices could be a tad lower than what the corresponding trims of the Maruti Vitara Brezza command. Launch will likely happen by the middle of the next month.