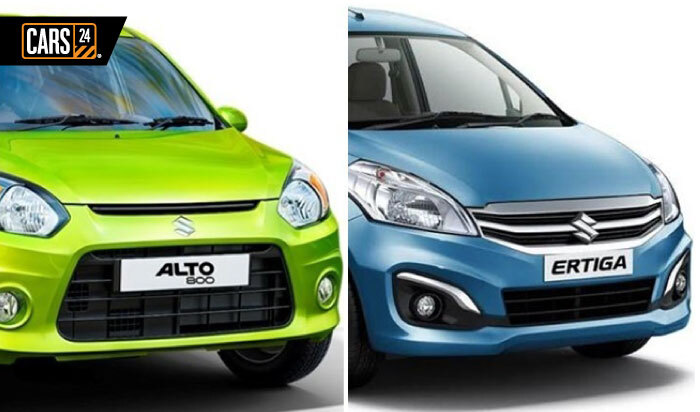 Compressed Natural Gas, better known as CNG, has been considered as a better alternative to other fuels such as petrol, diesel, and LPG (Liquefied Petroleum Gas). While CNG has been in use outside India for quite a while, the fuel has quickly caught on in the country over the last couple of years. In fact, many of the car manufacturers in the country now produce and sell cars that have CNG-powered vehicles, and they have been flying off the shelves. Initially, CNG was offered to public transport vehicles like auto-rickshaws, but now the gas has moved onto regular cars as well. While there are some CNG models already on sale here, there are at least a few upcoming CNG cars in India in 2022 that you should watch out for.

The third generation of the Maruti Swift has been the highest-selling car of its segment. While this model was initially available with both petrol and diesel engine options, it’s not available with an updated petrol motor only. Now, however, the biggest car manufacturer in India has planned to even come up with a petrol+CNG engine option for this hot-seller to help it find even more buyers. Mated to this 1.2-litre petrol+CNG engine will be a 5-speed manual transmission along with an option for a 5-speed automated manual transmission. In terms of features, the Swift will come with a 7-inch touchscreen infotainment system, Android Auto and Apple CarPlay connectivity, LED headlamps and taillights, push-button ignition/stop, rear parking camera, ABS with EBD, two airbags in front, ISOFIX child seat anchors, and climate control.

Considered as the best-selling premium hatchback to ever launch in India, the Baleno initially came with a petrol and a diesel engine option. Now, though, it is on sale only with two petrol engine options. Later, however, the company will offer a CNG version for those who miss the diesel variant for the ultra-low running costs. With this, the Baleno will be able to fend off the heat from the upcoming Altroz CNG and will present itself as a suitable option for those who have highly regular usage. It’s said that the Baleno CNG could offer up to 25 km/kg of mileage. However, unlike the petrol model, which is optionally available with a CVT, the Baleno CNG will be available with a 5-speed manual only.

Being the biggest automobile manufacturer in India, Maruti Suzuki is known to produce some of the finest cars in the country. One such example is the Vitara Brezza, which is a perfect balance between practicality, affordability, and performance. The Brezza was initially available only with a 1.3-litre diesel engine, but with the advent of the facelift, the diesel motor made way for a petrol engine, and now, this B-SUV is sold as a petrol model only. However, soon, the company could launch a CNG variant that would share its 1.5-litre petrol+CNG mill with the Ertiga. In all likelihood, the car won’t be available in a high-end variant and will instead come in a lower trim that will have basic features like a manual AC, keyless entry, ABS with EBD, dual front airbags for the driver, and parking sensors.

Tata cars are some of the most preferred cars in the country as they offer style, safety, features, and affordability in abundance. The Altroz from Tata is available with two petrol and a diesel engine option, but it looks like it could even get a CNG variant that will be shared with the Tiago, albeit with some fine-tuning to make up for the higher kerb weight of this Maruti Baleno-rival. The Tata Altroz CNG will get a 5-speed manual gearbox, but like the existing engine variants, it would miss out on an automatic transmission option. However, it should come with all the features of the petrol variant, which include a touchscreen infotainment system with Apple CarPlay and Android Auto connectivity, cruise control, a wireless charging outlet, and a height-adjustable seat. Safety has always been a priority for Tata, and the Altroz CNG will come with ISOFIX Child Seat anchors, dual airbags in front and rear parking sensors.

Even the next car on our list of upcoming CNG cars in India in 2022 comes from the house of Tata Motors. The Punch, like the Altroz, will share its engine with the Tiago but with some fine-tuning. What this means is that it would get a 1.2-litre petrol+CNG motor that will help this B1-segment offering have an immediate benefit over the petrol-only Maruti Ignis. Mated to the engine will be either a 5-speed manual or a 5-speed automated manual transmission system. In terms of mileage, the Santro offers 20.3 kmpl and comes with a plethora of new features such as a 7-inch touchscreen infotainment system, rear parking sensors, passenger-side airbags, and more.

The last car on our list of upcoming CNG cars in India in 2022 is the Tata Nexon CNG. It will be based on the 1.2-litre turbo-petrol engine variant and will be available with a 6-speed manual transmission. It will also offer driving modes and should be available in multiple trims. Plus it will become a direct rival of the Maruti Vitara Brezza CNG. The new car will cost approximately Rs 50,000 more than the comparable variant of petrol Nexon and would become one of the most affordable CNG SUVs in India.

So, which of these upcoming CNG cars in India in 2022 are you waiting for? Also, do you plan to sell off your car to upgrade to a CNG model? In case you do, we are glad to inform you that CARS24 not only offers you a great platform to assist you with the sale of your used vehicle online but even enables you to obtain the best price for your old car. In fact, CARS24 even takes care of all the documentation, including the RC transfer, totally free of cost. Not just this, you can even make use of our free old car value calculator to know the correct resale value of your car.