Used Wagon R Buyer's Guide: The Essential Pointers to Look Out For 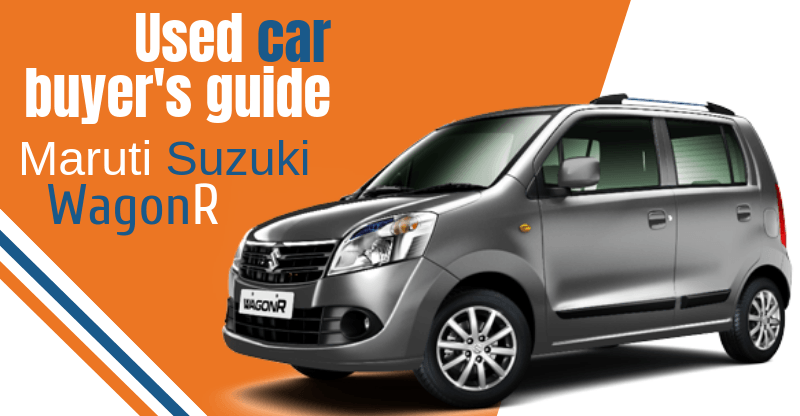 Save for an exception or two, all Maruti Suzuki hatchbacks have sold in humongous volumes. But three of their cars have been extra special as they have managed to cross the 2 million unit sales mark! After the legendary 800 and the humble Alto, the newest entrant to the club was the Wagon R. Despite being criticised by many for having an excessively boxy appearance, it made no difference to its voluminous sales. Indian consumers love roomy interiors which is exactly what Maruti Suzuki capitalized on with the tall boy Wagon R. Spanning across 19 years in the Indian market with 3 generations and several facelifts, it is only natural that a lot of these cars reached the used car markets as well. So today we will take a look at the different aspects you should pay attention to if you are looking to purchase a used Wagon R.

Things to Look Out for While Buying a Used Wagon R:

This is an issue which plagues not only the Wagon R but a few other Maruti cars as well. However, this issue is most rampant with the Wagon R. It is most commonly observed on the 1st and 2nd generation cars. Several owners have reported the existence of a non-compliant reverse gear. It either feels too hard to shift or simply refuses to budge at all. Normally the reverse gears could require a slight extra effort to engage since it runs on a separate gear mechanism which is not synced with the normal gears.

However, if it is in the condition where it is jammed stuck or requires excessive effort from you, you are looking at problems. This unnatural reverse gear hardness is caused due to two primary reasons, a worn out idler gear or lack of gear oil. In both cases, prolonged usage can cause severe damage to various gearbox components. So be sure to check for proper functioning of the reverse gear on the used Wagon R you intend to purchase. In case you face any issue slotting it into reverse, get the car checked by a mechanic positively. Maruti Suzuki has put a great deal of effort into making the Wagon R as India ready as possible. In order to achieve this, they put a lot of emphasis on the suspension components to be able to absorb bumps on uneven road surfaces which are very common here. While these components are superb at their job, they sadly begin to give way beyond the 5-6 year mark. A Wagon R which is older than 7 years is in a majority of cases bound to have suspension issues.

It initially starts off as excessive unsettling when the car goes over potholes and rough roads. But slowly, this jerkiness becomes apparent everywhere especially when the car is moving at slow speeds. The cause of this problem can be pinpointed to one or multiple suspension components. In most cases, it is caused due to faulty control arms. The next most probable culprit is a loose/defective tie rod. Hence be sure to test drive the used Wagon R you intend to purchase over a variety of road conditions. As a precaution, you can get the suspension components checked by a mechanic directly to be sure. Along with the harsh suspension as discussed in the above point arises another concerning problem. The primary reason behind the occurrence of this particular problem is due to the excessive suspension jerks. Many owners have reported that the jerky suspension issue is complimented with excessive steering rattle. Unlike the suspension harshness, steering rattle is a very intrusive and annoying issue. Even if you move over a smooth surface of tarmac, the car will still feel like it is going over an uneven surface.

The cause of this problem is primarily due to the suspension damper. Now it isn’t necessary that the damper is defective in all cases and is hence causing the steering rattle. If you drive over uneven roads too much or are facing suspension issues as mentioned above, this can cause the damper unit to become loose. In this case, no replacement of components is required and is a very quick and easy fix. Although if the damper is defective, it will require replacement and will set you back by a few thousand rupees. This issue is again very commonly observed by a lot of Wagon R owners. As per their observations, at times the electrical systems of the car start behaving very strangely. The horn stops honking, the music system refuses to turn on or even the light begins to lose its intensity. The peculiarity here is that these problems have been observed even on cars where the battery has been recently changed. The root of this issue is a faulty alternator. When the alternator or one or more of its components become defunct, it stops giving the battery enough charge to power all the electrical components in the car effectively.

One clear give away of a faulty alternator is that the car will start normally with proper cranks. In the case of a discharged battery, the car will struggle during the ignition process itself. Hence you should be sure to check all the working of all electrical components on the used Wagon R you intend to purchase. In case you do observe any issues it will be most advisable to take the car to a mechanic. A mechanic will be able to clearly decipher whether the issue is with the alternator system or the battery.