These vehicles are the pride of Indian armed forces - Know all about them! - All About Buying & Selling of Used Cars, New Car Launches

These vehicles are the pride of Indian armed forces – Know all about them! 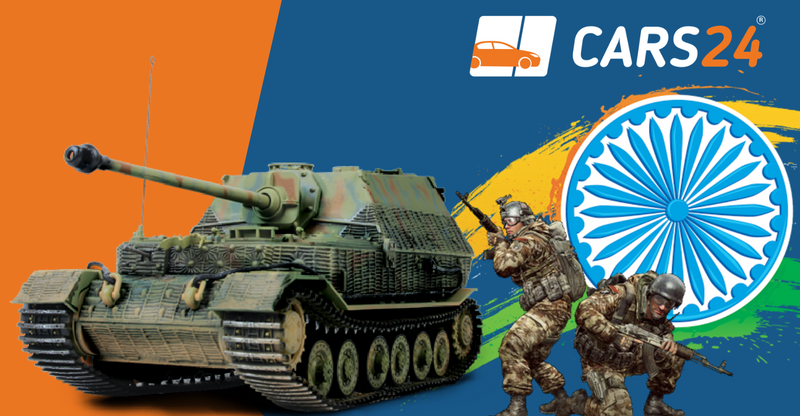 The words of joy in the masterpiece “Saare Jahan se achaa Hindustan Humara” is enough to provoke the spirit of India. 15th August 1947 was the day when the tricolour painted the skies of free India with the colours of saffron, green, and white. Symbolising the ideas of courage, peace, and growth, India celebrated the freedom of individuality through the efforts of many brave hearts. Visionaries such as Mahatma Gandhi influenced the idea of peace over violence to bring the rights of the Indian civilization in the hands of its own people. India celebrates 15th August commemorating the nation’s Independence from the United Kingdom. The armed forces of free India are the torchbearers for the ideas of bravery and chivalry. The three pillars of the armed forces namely Army, Navy and the air force protect the nation in joy and in pain. Coupled with the harmony of peace and respect for mother nation, Indian armed forces are like the ozone in the sky, covering the nation in its lap of comfort and tranquillity. Almost all of us have witnessed the armed forces marching on the beats of trumpet and drums on the iconic ‘Raj Path’ in New Delhi. Marching step-by-step with the men in uniform are the machines built to protect our nation from invaders. These machines are the specialised vehicles designed for a specific task in the moment of need. Vehicles such as rocket launchers and war tanks add the power of technology in the hands of brave hearts of the nation.

Mentioned here are some of the vehicles used by the Indian armed forces:

Mahindra has been the manufacturer of many vehicles used by armed forces in India. The Mahindra Marksman is manufactured to safeguard paramilitary and police personales in India. The Marksman is designed to protect the soldiers from a variety of gun bullets. The undercarriage of this strongly built vehicle is designed to withstand a hand-grenade blast. This armoured vehicle also features an inbuilt machine gun mount and seven firing crew ports. In terms of features, the Mahindra Marksmen is studded with a rear-view camera and LCD screen to provide an all-round vision to the driver and co-driver. Inside the cabin, Mahindra Marksman is equipped with a 4 + 2 seat Armoured Personnel Carrier (APC). This provides protection to the occupants against small arms fire and grenade attacks. The Mahindra Marksman is armoured to Level B6. In terms of exteriors, the vehicle spots a ballistic steel interior frame which provides backup protection at vulnerable areas such as doors and windows in the combat situation. The rear of the vehicle is protected by an armoured swing door which also features a view glass and a gunport.

Heavy-duty door hinges act as the final protection for the vehicle. From head to toe of our motherland, the armed forces use the Mahindra Rakshak for combat operations. The Indian army, police and paramilitary forces use the Rakshak to safeguard the civilians of the country. Apart from India, the Mahindra Rakshak is also used by the armed forces of Guyana and Nepal. The Rakshak provides heavy-duty shielding to the soldiers.

The Rakshak is a customizable heavy-duty vehicle and can be equipped with various combat zone threats. The vehicle also provides an optional machine gun. The design of Mahindra Rakshak is based on the Mahindra Commander civilian MUV (Multi Utility Vehicle). Under the hood, the Rakshak is powered by a 2.5-litre diesel engine which generates a maximum power of 75 bhp. The vehicle has a manual shift four-wheel drive transmission system. The brave hearts of our nation are on the borders to safeguard the citizens from any form of threats. These vehicles are the perfect companions for the Indian armed forces to tackle any kind of combat situation.

If you wish to read more about cars, visit our blog.

On this note, if you plan to sell your used car in India, we at CARS24 are ready to help. We are a technology oriented solution to solve the cluttered used car market in India.