Strangest Driving Rules In the Different Countries of the World

Strangest Driving Rules Across the World

Strangest Driving Rules Across the World In India, most traffic offenders are rather lucky. Firstly, because law enforcement isn’t very stringent here and secondly because our driving rules are pretty ordinary. However, some of the other countries we share the planet with, aren’t as fortunate as us. Apart from having much stricter cops, some of them have some really ridiculous driving rules. So, here are some of the strangest driving rules across the world that sound absolutely ludicrous.

Strangest Driving Rules Across the World:

Germany: Keep Moving or Pay Up

Germany’s famous highway network, the Autobahn is popular all over the world for not having any speed limits. But they have a strange driving rule there which states that you are not allowed to stop on the highway except for an emergency situation. Strangely enough, even if you run out of fuel there, you are eligible for a traffic ticket. As per the authorities there, not having enough fuel is considered to negligence on the driver’s part. If the cops see that the reason for stopping doesn’t hold any weight, the offender can be penalized up to five years in prison! Russia: Clean your Car or Face the Music

The law enforcement authorities in Moscow are rather particular about keeping your car clean. So much so that having a dirty car can make you eligible to pay a fine. Also, this doesn’t apply just for the exteriors, it includes the interiors of the car as well. What’s worse is that it is up to the officer to determine what’s “dirty” and what’s not. Adding to this, it’s also illegal to clean your car at any place apart from your residential area or an actual car wash. Cyprus has one of the strangest driving rules possible. In Cyprus, it is illegal to take your hand off the steering wheel while you are driving. This was done to curb the number of accidents that occur on the island, which are pretty high. The rule has been made more extreme now with eating or drinking while driving also being deemed illegal. The capital city of the Philippines, Manila follows a system of “Colour Coding”. What this means is that cars with certain registration numbers only have permission to be on the road on certain days. If any car with the number not adhering to that date is spotted on the city’s busier roads, the driver is instantly breaking the law and will be fined if caught. This rule was implemented to decrease the worsening traffic during the city’s peak hours. Spain: Look Before you Park

In some of the Spanish cities, the residential areas have a really really illogical driving rule. Cars are allowed parking on the streets only outside houses with even numbers on even days and odd numbers on odd days. We are not quite sure what the reason is behind this bizzare rule. 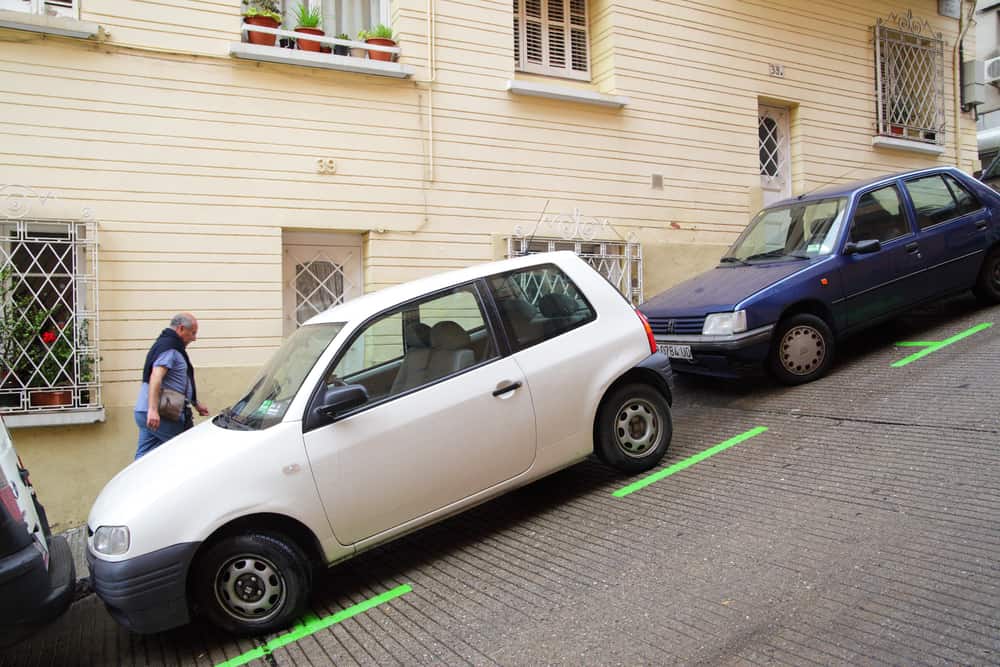 South Africa is home to an extravagantly wide variety of fauna and they take a lot of pride in that fact. So much so that they have given animals equal right to the road as drivers. If drivers don’t stop or give to stray livestock crossing the roads, they can face fines of up to $500! Thailand: Keep Your Eyes Open and Shirt On

Thailand can get pretty hot and humid often. However, even if you feel the heat, you are not allowed to travel topless in any situation. And this rule applies to all means of transport, be it a car, bus or a Tuk-Tuk, if you are caught shirtless you will be fined. Oh, and it applies to both men and women. Singapore: Safely Away from Pedestrians

In Singapore, pedestrians don’t have right of way over moving traffic. But the one right they do have is that no driver can come within a 50 m distance to them. The fine for breaking that rule is also pretty hefty. Luckily enough for the drivers, the city is so well-planned and designed that the possibility of that happening is almost non-existent. They are known to have one of the most well-organized road networks under the sun. Denmark: What’s There Under Your Car?

Traffic safety officials in Denmark have made a pretty questionable mandatory legal requirement. As per them, it is compulsory to check beneath your car for hiding children. Again we are not sure if there is any specific reason behind this rule either.