Hyundai Xcent vs Maruti Suzuki Swift Dzire: Which is Better? The compact segment sedan class in India was empty and stagnant for quite a while till 2008. In 2008, Maruti Suzuki launched the car that would kick-off a multi-manufacturer battle in the future, the Swift Dzire. The Dzire was constructed on a very simple concept. Everything in it was the same as the standard Swift except for one minor change. In place of a hatch style door at the rear, it had a small defined boot protruding from the back. But with just this minor change, their target audience expanded exponentially. The Dzire was a phenomenal hit in the market since it was an actual sedan being sold at the price point of a hatchback. Seeing the success of the Dzire, other manufacturers also started following suit. Hyundai took a stab at this segment with the Grand i10 based Hyundai Xcent. The Xcent came much later in 2014 but has been getting a really good response from the public. In this article, we will compare the attributes and qualities of both cars and conclude which one is better. So, let’s see who emerges victorious in the Xcent vs Dzire face-off!

This battle is going to be a very close one as both these cars are extremely well matched. In terms of dimensions, the Dzire just manages to edge out its rival. Both cars have the same length. The Dzire takes the upper hand in width which means more comfortable seating for 3 people at the back. In terms of height and ground clearance, the Xcent is better but by an extremely small margin of 5 mm and 2 mm respectively. Boot space is where the Xcent is clearly ahead with a 29 litre of extra space. Finally, in terms of kerb weight, the Xcent is a good 100 kilos heavier through almost all variants than the Dzire. Moving to the performance, the similarities are within sniffing distance here. In the petrol variants, both the cars displace the exact 1197cc! The Xcent is a mere 2 bhp ahead of the Swift while the torque output figures are also the same! Sadly, for the Xcent, it’s a good 100 kilos heavier than the Dzire through all variants. So the small difference in power and torque output becomes a very big difference in real-world performance. The Dzire simply outshines the Xcent in terms of performance.

The same characteristics are seen in the diesel variants. Despite being down by about 150cc on displacement, the Xcent actually makes similar power and torque figures. It actually makes 2 bhp more than the Dzire despite the lack of 150cc and a cylinder. But the sad part again is that the weight bogs it down. Another issue with the Xcent diesel is the lack of the fourth cylinder. The 3-cylinder motor it’s equipped with simply falls inferior in terms of refinement to the Dzire’s smooth 4 pot engine. Both cars come with automatic variants. The Swift Dzire utilizes Maruti’s fabled AMT transmission that is almost going as an option on all their vehicles. In most cases, AMT transmissions fall inferior to the conventional automatics. But the AMT on the Dzire is very well calibrated and it shows. While torque converter on the Xcent excels in the area of smoothness, the Dzire’s AMT takes the trophy in shift response. Coming to fuel efficiency no contesting the Dzire here. The Xcent is slightly ahead in terms of range courtesy the much larger fuel tank.

Xcent vs Dzire: Features and Equipment

In its top trim, the Xcent comes with a Kia inspired front grille, LED DRL lights, a shark fin antenna, steering mounted audio controls, a 7-inch touchscreen infotainment system with smartphone integration, a centre armrest on the rear, removable rear headrest, a chilled glovebox and a luggage lamp in the boot.

From the outside, the Xcent looks very decent. It’s not very eye catchy but it’s certainly not ugly by any means. The interiors also ooze the perfect amount of simplicity and sophistication. There are no fancy extra styling bits here and there. It’s a simple black-beige tone with fabric upholstery. It’s actually simple yet very-very effective! The Swift Dzire in its top variant comes with an LED projector lamp setup, dual tone alloy wheels, steering mounted audio and call controls, a rear armrest with cup holders, faux wood finish over the dashboard, a 7-inch touchscreen infotainment system with smartphone integration and rear AC vents and removable headrests for all seats. Coming to the exterior, the Dzire has really upped its game. The car looks fresh and appealing courtesy of the brand-new projector-DRL headlamp cluster. Another very tasteful element is the dual tone alloy. In terms of interiors, its sort of a mixed bag. The car is roomy, comfortable and pretty decent to look at. Some people might find the faux wood finish on the dashboard and steering wheel to be a bit tacky. But apart from that the interiors are very nicely executed. 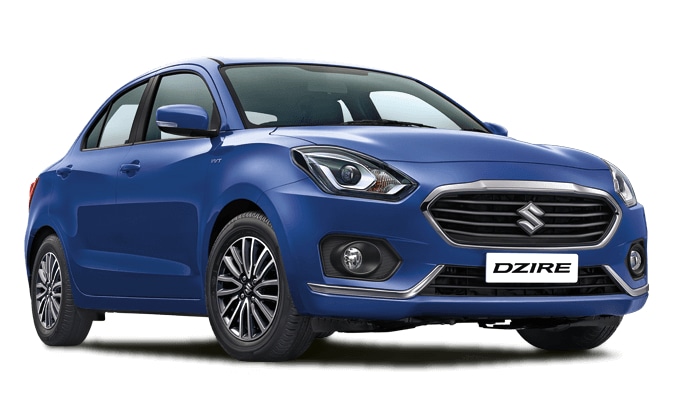 One Reply to “Hyundai Xcent vs Maruti Suzuki Swift Dzire: Which is Better?”