The BMW 6 Series GT has been in production since 1976. The GT stands for grand tourers.

The 6 GT was first debuted in early 2018. This year, it came to India with some fantastic improvements in looks and features.

The six-cylinder engine of the new BMW 6 Series cars produces power that ranges from 188 to 261 bhp.

The car has a rear-wheel-drive system that produces enough power to push the car from 0 to 100kmph in 6.1 seconds.

The car has an eight-speed automatic transmission gearbox which is available in all models of the car.

The interior of the BMW 6 Series is very luxurious and spacious, unlike the looks from outside. From the outside, this sedan has a very sporty look.

If you are tall and worried about the boot space, then let us solve that trouble for you. The all-new BMW 6 Series offers enough boot space and headspace that a 2m tall person will have no problem sitting comfortably in any of the seats.

You can enjoy three driving modes with this new sedan by BMW. The 6 Series comes with modes like Eco, Comfort, and Sport.

According to the BMW spokesperson, the top model of the BMW 6 Series cars can attain a top speed of 250 kmph.

Get ready to ride this new BMW 6 Series that offers a superior riding experience thanks to its six-cylinder engine that produces max power ([email protected])[email protected] The 6 GT, which first debuted in early 2018, underwent a worldwide upgrade last year and arrived in India with some modifications. This new sedan by BMW comes in five different colours to add vibrance to your life. You can buy BMW 6 Series in colours like Carbon Black, Individual Tanzanite Blue, Mineral White, Piemont Red, and Bernina Grey Brilliant Effect.

In India, BMW 6 Series cars range from Rs.68.50 - 79.50 Lakh. You can get this beast at an excellent price compared to its competitors. The 6 Series competes with cars like BMW 5 Series, Audi A6, Mercedes-Benz E-Class, BMW 3 Series, and Jeep Wrangler.

As for features, the BMW 6 Series is loaded with them. The car comes with a powerful 2993 cc engine that can accelerate the car from 0-100kmph in 6.1 seconds. BMW claims that the car can attain a top speed of 250kmph. The new BMW 6 Series cars come with three driving modes, as with every modern BMW - Eco, Comfort, and Sport. Thanks to its 19-inch alloy wheels and smart suspension, you can expect to have a comfortable ride.

If we talk about the interior, the first thing you will notice is the big 12.3-inch floating iDrive touchscreen infotainment system. It provides full live information from several sensors in the car at a single point. You can watch movies and control songs from this screen. Moreover, they also provide other features like four-zone climate control, rear passenger entertainment screens, dynamic puddle lamps, powered boot, electric-power seats with memory function, customizable leather upholstery, and more.

A powerful car with a sporty look.

The interior is very luxurious.

Very spacious car. It comes with a massive boot space and enough headspace for tall passengers.

Powerful engine with high performance that brings out the joy of the ride.

The 19-inch alloy wheels help you enjoy a much smoother ride.

The 12.3-inch floating iDrive touchscreen infotainment system provides all the information regarding the car on a single point of control.

You can opt for up to eight airbags for superior safety.

Get your hands on the auto parking feature with the BMW 6 Series.

If you have a child or own a pet, you also get ISOFIX child seat mounting points for mounting a seat for your little one.

Get the latest TPMS (Tire-pressure monitoring system) with BMW 6 Series.

No seat ventilation or massage function for both rear and front seats.

No sun blinds for the rear windshield.

You can not move the front row seats from the back seat.

Only a few feature upgrades in the new model.

Only a rear-wheel-drive car. There is no AWD feature. 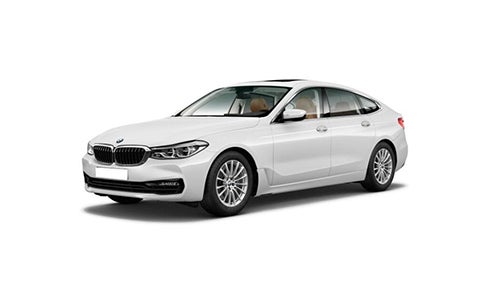 If you are looking for a car that promotes safety and a sporty feel, the BMW 6 Series cars are for you. This car can be your everyday ride to your office and the attention grabber on the weekends. The BMW 6 Series cars have an extremely sporty look backed up by a powerful engine that can go from 0 to 100kmph within 6.1 seconds.

This is a sedan that means you get enough room for your family to take them on long trips and never get tired of the ride. Thanks to its 19-inch wide alloy wheels, you can enjoy a smooth driving experience even on bumpy roads.

The RWD system ensures better power management from the eight-speed transmission and delivers a better riding experience than its competitors. Compared to its previous model, the 6 Series has more boot space and legroom to stretch.

This car is perfect for those who work and want to ride in style. This car comes with Eight standard airbags, ABS with EBD, TPMS, traction control, ISOFIX child seat mounting points, and stability control. There is also an automatic parking feature.

When you ride the car, you will notice that the ride quality of the car stiffens considerably in Sport mode, as does the steering, which becomes marginally heavier. Moreover, the throttle response time gets decreased in the sports mode.