BMW is known for pioneering new segments, and with the launch of the X1 in 2009, the company established the luxury compact SUV segment. In just two years, Audi quickly caught up with their own entry-level SUV offering, the Q3. BMW facelifted the X1 in order to compete with its Ingolstadt-based rival.

The redesigned BMW X1 received new interiors, greater equipment, and increased diesel engine output. The X1 has a rear-wheel-drive layout with a longitudinally mounted engine, and the old X1's six-speed gearbox has been replaced with the ZF eight-speed gearbox found in all new BMWs. The electromechanically assisted power steering was also a first for the X1.

The BMW X1 has been the Bavarian automaker's best-selling model in India, accounting for a large percentage of total sales. The entry-level X1 is the most affordable BMW in India, based on the E91 3-Series Touring platform.

The next version of the BMW X1 was debuted in India in 2016. Unlike its predecessor, the new X1 was supposed to look more like an SUV than a jacked-up estate. The redesigned X1 was larger in size, allowing for more cabin room and a more commanding presence. The earlier model's longitudinal engine configuration was replaced by a more compact transverse engine layout, which increased safety credentials.

In 2020, the second-generation X1 received a redesign to help it satisfy the BS-VI emission standards. SportX, XLine, and M Sport were the three variations of the upgraded X1. It was launched in India with a 192 hp 2.0-litre 4-cylinder petrol engine and a 190 hp 2.0 litre 4-cylinder diesel engine. The BMW xDrive all-wheel-drive system will no longer be available in India.

The X1 (2012-2015) has long been a favourite among enthusiasts and luxury purchasers for its genuine sportiness and surprising versatility.

Entry to the Bavarian brand.

In 2020, the second-generation X1 received a redesign to help it satisfy the BS-VI emission standards.

The BMW X1's seats are incredibly comfy and provide superb all-around support. Sport seats for the front passenger and driver are available on the Sport Line model. These bucket seats are easily the greatest on a vehicle of this price range.

The X1 comes loaded with goodies. In fact, it's better equipped than the Audi Q3.

The X1 is equipped with a sleek navigation system that displays maps on the 8.8-inch screen in a timely and precise manner.

This BMW engine provides a lot of power and is also quite tractable. It starts pulling right away with very little lag.

The excellent dynamics that BMW automobiles are known for have been kept by the German automaker. The X1 has very little body roll, and once you get to a series of corners, you can't help but throw it from turn to turn. The grip is really sticky, and you can feel the road's curves and cracks on your palms.

The X1 looks more like a station wagon than an SUV. It simply doesn't have the road presence of, say, an Audi Q3.

The X1 feels quite car-like even while driving. The seats are placed low, and the dash is high.

Ingress and outgress aren’t too easy; also, space is really cramped at the rear.

Smaller boot than the Audi Q3

Does not have the option of four-wheel drive

Wind noise at high speeds is a little too audible inside the cabin; thus, noise insulation should have been greater. 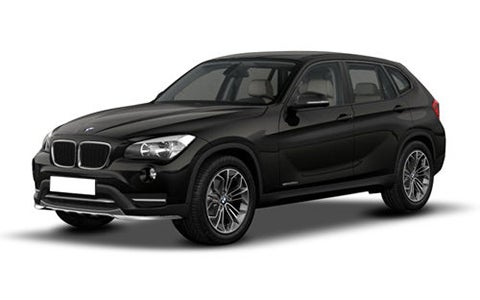 The X1 is an affordable introduction to the Bavarian brand, and it adheres to BMW's "pure driving pleasure" credo. It may not offer you the best of road presence or space inside the cabin, but what it does offer is an unmatched level of driving pleasure. On the outside, the X1 (2012-2015) looks more like a compact luxury crossover than an SUV. On the inside, the all-black interior is finished with brushed aluminium or wood inlays (depending on the variant). Although the quality is acceptable, it still falls short of the BMW norm. The interiors, on the other hand, are extremely utilitarian, with all of the buttons neatly laid out. In addition, the BMW X1's seats are incredibly comfy and provide superb support all around. The X1 also comes loaded with feel-good features such as the panoramic sunroof, powered front seats, and more. Where the X1 truly shines is in the driving aspect. Punchy performance and athletic dynamics make the X1 extremely fun to drive.

Powering the X1 is a sole 181 bhp 2.0 litre engine, delivering plenty of performance as well as low-speed tractability. If you lightly feather the throttle, you'll rarely hear this engine make any noises. The X1 holds each gear until it reaches the redline in S mode. The X1 sips diesel like a miser thanks to several EfficientDynamics features like Brake Energy Regeneration, Eco Pro Mode, and Auto Start-Stop function. The X1's smooth-shifting 8-speed automatic gearbox has closely stacked ratios, resulting in considerably improved performance and a short response time. In fact, whack the throttle, 0-100 kmph comes up in only 7.9 seconds, and the X1 will keep pulling till about 205 km/hr. The X1 is a rear-wheel-drive vehicle. It's well balanced, and the chassis is really communicative. The X1 feels extremely connected and engaging to drive, giving the driver a great grin every time he takes the vehicle through its paces. The modest reduction in ride quality is well worth it in exchange for this German crossover's superior handling. Fuel efficiency wise, the X1 retains around 10.5 kmpl in the city and

If you're seeking a comfortable SUV for the family, then the BMW X1 (2012-2015) might not be the appropriate choice. However, the X1 makes for a compelling choice if you want a luxury, fun-to-drive vehicle and are ready to compromise on space.