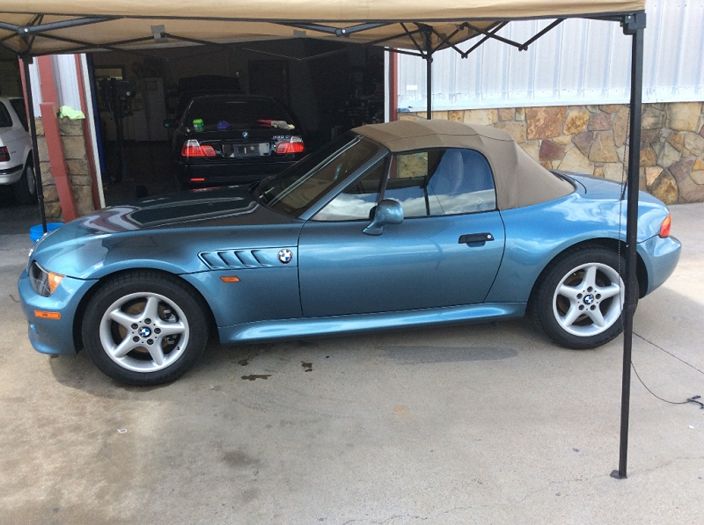 The E85/E86, or the BMW Z4, was the successor to the Z3. It shared the Roadster and Coupé styling with its predecessor. However, it was driven by a new 6-speed manual and SMG transmission. It was also available with a hardtop as well as a soft top.

The Z3 was also featured in the James Bond movie “The Golden Eye” and was later launched as a James Bond edition with a 007 dash plaque, chrome exterior trim, and unique alloy design. It was also given an exceptional ‘aquatic blue’ paint job and leather seats, as in the movie.

In 1997 the M version was introduced for the Z3 models with rollover roofs, and Automatic stability control (ASC) was standardised in all the models since ‘98. In 1999 the Z3 was given a facelift by introducing a new M52 M54 engine and switching from ASC to Dynamic Stability Control system (DSC). Later in 2000, DSC was integrated with Dynamic Brake Control (DBC) and Automatic Differential Brake (ADB) functions.

The latest model, which was launched by BMW in the Z3 line-up, was the Z3 M, which was produced as Roadster and Coupé body styling in 2001-2002. These models were powered by S50 and S52 inline-six-cylinder engines for European and North American models, respectively. The North American model later also got a more powerful S54 engine block. They were driven with a 5-speed manual transmission. This two-door sports car was preceded by the BMW Z1 and was later succeeded by the BMW Z4. The BMW Z1, which was produced between 1989 and 1991, was also a two-seater convertible based on the BMW E30. It shared the same straight-six engine and 5-speed manual transmission as the E30. The most outstanding feature of the Z3 was the unique Roadster design, which was based on the E36 3 series. The Z3 was one of the pioneering models that popularised the two-seater concept. It was available in silver, black, maroon, and a special M edition blue colour. It also had features such as a convertible roof with a soft top. The BMW Z3 in India was priced at a high 70 lakh rupees, which had a 2979cc engine with automatic transmission and Coupé design. It was rivalled by BMW Z4, Mini Cooper convertible, and Mercedes-Benz C-class cabriolet.

It had a good mileage considering its sports car character, while averaging around 7 km pl within the city and 10.3 km pl on highways. These figures are quite impressive when it comes to performance cars.

The convertible roof was three-layered and added insulation to provide maximum comfort to the passengers, making it practical while retaining the aesthetics.

With a power output of 306bhp and 400 Nm of torque, the Z3 was a quick and agile machine that could handle corners well and deliver a fun driving experience.

The compact design of the car made it well suited to city driving while manoeuvring tight spaces.

As it was available in only a single variant, there were no options when choosing from a variety of trim levels. However, this is not the case in the case of competitors such as the Z4, Mini Cooper Convertible, Mercedes-Benz C-class cabriolet, etc.

Although it stood out as a sportster, it had almost negligible practicality, considering its boot capacity and comfort while driving the car.

Although it had good performance numbers, the acceleration on this was a little lower than Mini Cooper and the Mercedes-Benz.

It was a driver-focused car and appealed to buyers looking to drive it for leisure and performance. Thus, the customer base was narrow. 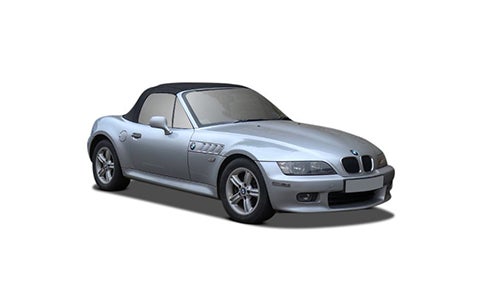 I think the Z3 Roadster was a fun car with great mileage and reliability of an industry expert like the BMW. It was in a league of its own with technology that instilled the feeling of safety and security, such as the ABD, ASC, DSC, and DBS. I also believe its pricing was also competitive considering that its maintenance was minimal, owing to its petrol engine and coverage in the scheduled servicing. It was better in terms of performance as compared to its rivals like the Mini Cooper, which produces 189 hp and 280 Nm of torque, while the Z3 puts out a whopping 306 hp and 400 Nm of torque. It was a great combination of drivability as well as economy with a great chassis balance and control, along with long-range mileage of about 566.5 km with a full tank. Furthermore, it was also a compact car, which added great agility and manoeuvrability to the car. However, I think due to the character of the car, it only appealed to buyers who were looking to own it as a secondary, as the Z3 was not very practical in terms of a family car. The dual seat and little cargo capacity were not suited when it came to offering space and comfort. Also, it did not offer a variety of trim levels, making it a bland choice. Nevertheless, the Z3 Roadster wasn’t supposed to be a family carriage, but it delivered more and enough as a Sportster that made driving enjoyable and fun.