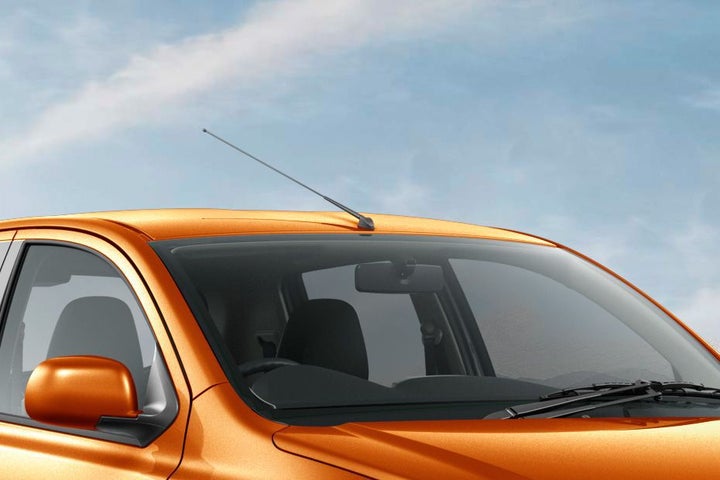 Datsun GO was inspired by Datsun's first model, the DAT-GO, which debuted in Japan over a century ago. Automobiles provided mobility to those who had never dreamed of owning a car back then. Aspiration and trustworthiness were the driving forces for the development of the Datsun Go. In Japanese, the name DAT originally meant "lightning-quick." It also refers to the initials of Den, Aoyama, and Takeuchi, the three investors who had established the company.

To develop a name for itself in fast-growing markets such as India, Russia, Indonesia, and South Africa, Nissan decided to restore the Datsun brand, which it had purposely abandoned in the mid-1980s, and design a car exclusively for these regions since the regular Nissan line-up had failed.

With its 2018 iteration, the hatchback-styled Datsun Go was re-energised, with a new body design, a cleaner cabin, and more. Dual airbags and anti-lock brakes were also included in the 2018 model to increase safety.

The Datsun GO is only available with a petrol engine. It has a three-cylinder 1.2-litre engine with 12 Dual Overhead Camshaft valves (DOHC) system. Datsun GO comes with a five-speed manual transmission as well as an automatic transmission. Its mileage range is 19.02 to 19.59 kmpl depending on the version and fuel type. At 5000 RPM, the in-line cylinder produces 68 PS of power and 104 Nm of torque at 4000 RPM. As a result of the power output, the 788 kg weighted automobile has a respectable power-to-weight ratio. This is reflected in GO's performance, particularly at high and mid revolutions.

Datsun GO, the first automobile for the twenty-first century from Nissan's Datsun brand, returned to the Indian market in 2014. Datsun, which stands for Dream, Access, and Trust (D. A. T.), is the Nissan Motor Company's third brand. The brand chose to produce this front-wheel-drive, five-door hatchback with a 1.2-litre engine in the United States. Datsun Go arrived due to Nissan Motor Co Ltd’s March 2012 vow to bring the brand back to the market. It was built on the second generation of Renault-Nissan Alliance’s B platform, currently known as the V platform.

Some of the car's amenities include a 7-inch touchscreen entertainment system with Apple CarPlay and Android Auto, keyless entry, and a manual air conditioner with a heater. It is also fitted with standard safety equipment such as rear parking sensors, twin front airbags, and ABS with EBD. Additional features like front power windows, power steering and central locking are available with the T variant priced at Rs 5.75 lakh.

Additional features like Datsun Go is available in six colours ranging from Crystal Silver, Bronze Grey, Amber-orange, Opal White, Ruby Red and Vivid Blue. GO is up against the Hyundai Eon, Renault Kwid, and Maruti Alto 800 in the arena. Due to its size, the hatchback is also compared to Maruti's Celerio and Maruti WagonR. 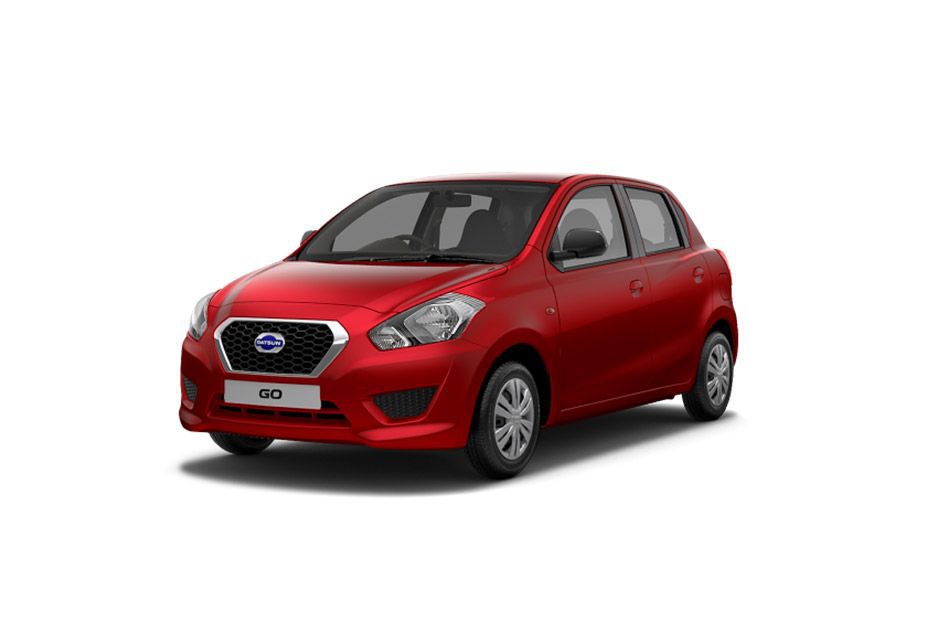 Despite compact dimensions (height-1485mm, width-1635mm; length-3785mm), Datsun GO has been really spacious owing to the large wheelbase of 2450mm. The ample headroom and more room for front passengers. It can thus prove to be a family car with great comfort to five occupants and agility in highly congested traffic jams.

The Datsun Go has vented disc brakes in the front and drum brakes at the back. The quick responsiveness of the steering wheel demonstrates excellent handling, and the suspension also performs admirably. The ground clearance and turning radius all contribute to the overall efficiency.

The Datsun Go's build quality isn't as good, and the close lines and feel when closing the door aren't very comforting.

The car also does not appear to be particularly new in terms of appearance. Its cabin styling isn't impressive in its austere simplicity.

The tyres offered by the GO are under-sized. They are too small, which makes it difficult during hard cornering.

It has a weak after-sales network. 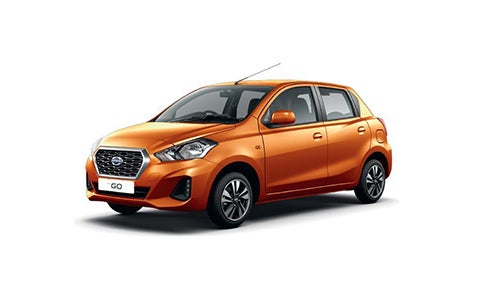 Datsun GO may not have the same luxurious interiors as other competitors, but it provides ample capacity. With 5+1 seating alignment, the car’s interior is spacious and has a pleasant sitting configuration.

The interior style is excessively plain, especially the spherical dash-mounted AC vents and dials, which seem antiquated. The gear lever is mounted on the dashboard, which is inconvenient for the driver. Although there are no mounted controls on the steering wheel, this is something that most hatchbacks in the market lack.

One of the striking characteristics is the enormous 265-litre cargo capacity. The GO performance scores, road grip, control and pulling power are exceptional, whereas most of its competitors fall short in these.

Datsun's GO is aimed at first-time purchasers and has a price tag well within the affordable range. As per the exteriors of the GO, it's important to note that the car isn't a small-sized hatchback. GO stands out among the competitors with an overall length of 3785 mm, a width of 1635 mm and a height of 1485 mm.

A set of swept-back halogen headlamps and a trapezoidal radiator grille, coated in chrome, adorn the front fascia. The noise caused by the rear wheels and the wind that leaks into the cabin work against the hatch. While driving, the undersized wheels are also a disappointment.

If you are looking for a small car with the specification of a higher segment car and space for a family of five, then don't wait; just go for your own "Datsun GO".