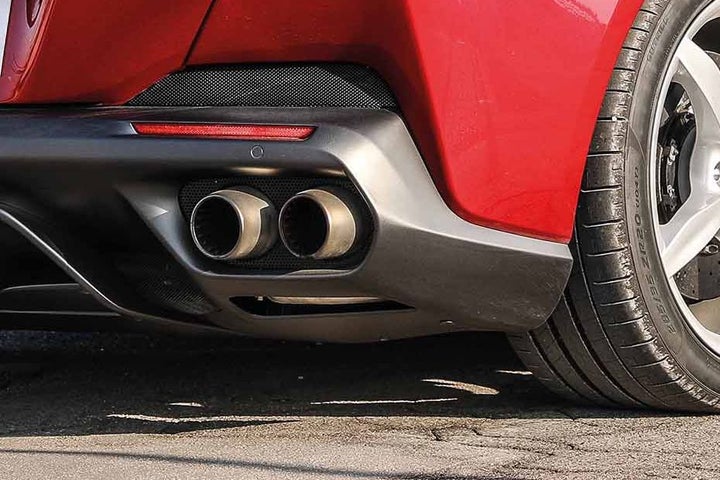 When you think of fast cars, Ferrari is the first name that comes to mind. The Italian company, which is known for its motorsport heritage, debuted the Portofino, a convertible grand tourer, in 2017. It replaced the California T, one of its most popular automobiles, which was shipped to India as a fully assembled unit.

In India, the Portofino was released in 2018 at a price of INR 3.50 crore (ex-showroom). Ferrari's new entry-level model is the convertible, which is a 2+2 GT car. The Portofino rides on a redesigned chassis that Ferrari claims are 35% firmer than the previous model. The overall weight has been reduced by 80 kg, and the steering system has been upgraded from hydraulic to electro-mechanical.

Within 14 seconds, the roof can open and close at speeds of up to 40 kph, and it is made of a metal-folding section. Ferrari has included a manually retractable wind deflector to reduce turbulence in the interior when the top is down.

The new 'M' model superseded the regular Portofino in 2021. More power, cosmetic modifications, and mechanical updates were all part of the new model.

The Portofino is offered only in petrol fuel types.

The engine on the Portofino comes with an 8-speed dual-clutch automatic gearbox.

The Portofino might be Ferrari's most affordable model, but its 620 hp power output is anything but. It is a flexible GT with a seating capacity of four and a folding roof. Ferrari updated the Portofino in 2021 with a re-engineered M version that was more powerful. The Portofino M, or Modificata (a term used by the manufacturer to denote a performance improvement), comes with a number of technical upgrades over the basic model.

Fundamental changes include a bump in power output from 600 hp to 620 hp and a new 8-speed dual-clutch automatic gearbox replacing the old 7-speed unit. The increased power and 8-speed gearbox result in a bit of improvement in the car's 0-100 kph time, which goes from 3.5 to 3.45 seconds. The 0-200 kph time has been slashed by 1.0 seconds to 9.8 seconds.

Furthermore, what’s added is the Manettino switch on the steering wheel, which now has five settings, including Race, as against the three settings in the previous model.

The top features on the Ferrari Portofino M include a 10.2-inch touchscreen infotainment system with Apple CarPlay, sensor-based ADAS tech, optional eight-inch touch-operated front passenger display, and a surround-view camera. The Portofino also comes with ventilated and heated seats that are electrically adjustable in 18 ways. The Portofino has amongst the sleekest roof-folding mechanisms – the metal-folding top opens and closes in only 14 seconds. On the inside, there are bucket seats on the front which offer great support. Furthermore, Portofino's new twin-turbo unit features a variable boost system which helps in preventing turbo lag. 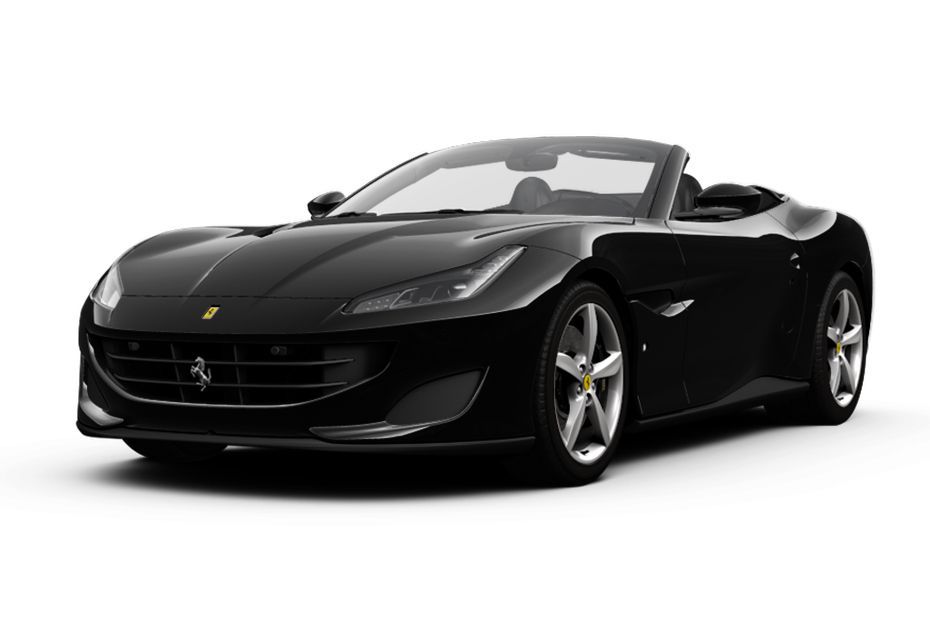 Ferrari has nailed it with the design of the Portofino. It looks absolutely stunning, no matter from which angle you look.

The Portofino is one of the few vehicles that can make you feel as special as it does. It is your one-way ticket to fame.

The Portofino's cabin feels fantastic in a way that is a mix of luxury, cosiness, and functionality.

The skinny seats are extremely comfortable. Plus, they have magnesium frames, which save weight and give the two rear seats 50 mm additional legroom.

The Ferrari Portofino has a motorised hardtop, making it a hybrid of a roadster and a coupe. Furthermore, the roof opening mechanism is one of the most elegant.

Portofino offers an incredible 620 hp V8 engine. Press the pedal into the floor, and the Portofino morphs into a beautiful combination of speed, adrenaline, and tingling senses. It accelerates blisteringly fast, taking around 3.5 seconds to go from 0 to 100 kph.

The exhaust tone is enthralling.

It is a perfect blend of athletic handling and a comfortable ride.

The Portofino is extremely expensive to buy, plus a lot of the essential amenities are not present as standard and are available as premium extras.

The second-row seats are cramped – suitable only for children.

Ferrari could have offered more features and connectivity options.

The touchscreen interface isn't the sleekest in the class. 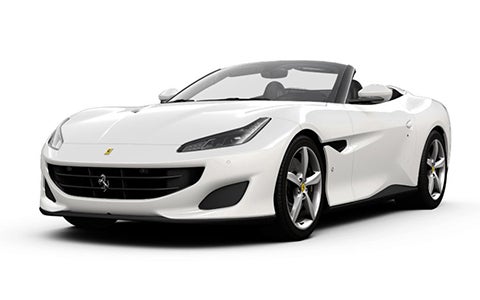 While the Ferrari California, Portofino's predecessor, had a slightly old-fashioned and dated design, the Ferrari Portofino looks stunning with its modern design and curves. Its cabin is sporty, as you'd imagine in a Ferrari, but it is also notable for being reasonably easy to get in and out of the car. Rear passengers, on the other hand, will feel cramped since there is adequate room only for children. The Portofino's aluminium roof folds and unfolds in 14 seconds, but there is very little baggage space with the top down. Keep in mind that you'll have to spend a lot of money to have your Ferrari Portofino up to standard – many fundamental features are only accessible as costly premium extras.

As far as the driving experience goes, the Portofino is as quick as you'd expect from a vehicle bearing the prancing horse emblem. According to the manufacturer, it takes 3.45 seconds to accelerate from 0 to 100 kph. The 3.8-litre twin-turbo V8 engine sounds bassy, responds in a non-turbo-like manner, and revs freely. With a turn of the Manettino dial on the steering wheel, you may fine-tune your driving experience. The Portofino is truly exhilarating around the corners when it is at its sportiest. The steering, on the other hand, is a little too fast in all modes, necessitating caution in regular driving. The adaptive dampers, which are optional but recommended, provide reasonable ride comfort.

Altogether, the Ferrari Portofino convertible is everything you want from a Ferrari. In the light of day, its finely sculpted exterior grabs attention, and in the darkness of night, the sound of its high-revving 620 hp twin-turbo V-8 induces goosebumps.