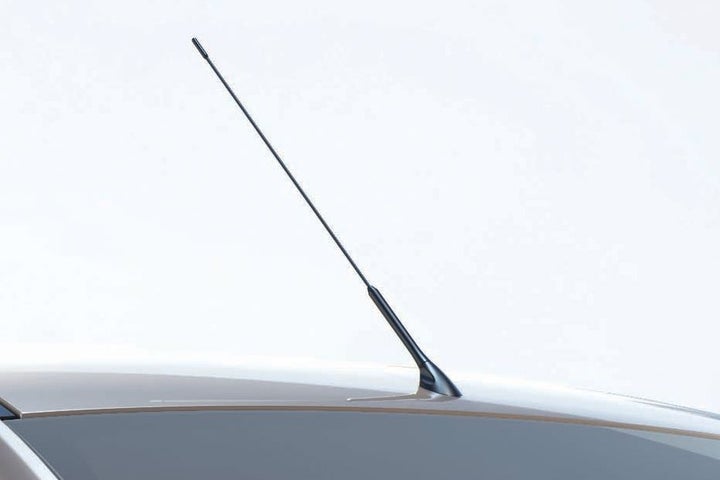 The first generation Figo was based on the Fiesta chassis, which made it an incredible car to drive around

Unveiled in 2009, the Figo came with a 1.2L petrol and a 1.5L diesel powertrain. Both were married to a 5-speed gearbox

The Titanium was fully loaded with ABS, Dual Airbags and Alloy-Wheels

The first-gen received its facelift in 2012, which resulted in a revised front section.

The second generation hit the shores in 2015, which was a ground-up new car.

Chassis wise, it was a huge downgrade, which did affect its dynamics.

The powertrain received a new life, new petrol and diesel engines came to take their place. Except for the boot, everything was shared with Figo.

There were two petrol engines, the 1.2L 3 cylinder engine putting out 88ps and 112nm. The 1.5L 3 cylinder petrol, putting out 120ps and 149nm was exclusive to the automatic gearbox, which initially was a dual-clutch powershift gearbox, and was later replaced by a 6-speed torque converter, due to the reliability issues. This powertrain was ditched during the Bs6 transition

The top of the line Titanium + had six airbags

Even though the chassis was a downgrade, the Aspire was still the most fun to drive compact sedan of the lot.

The diesel engine was a 4 cylinder unit putting out 99ps and 215nm.

Ford was the last one to offer a model in the C-Sedan space, the Aspire. The Aspire was based on the second generation of Figo, with a slightly reworked chassis. Ford Aspire was launched in 2015 and was a decent success story. Ford has officially stopped local production of their cars and will be selling their inventories until then. Aspire was a decent offering from Ford. It had packed in decent features and had a good value proposition. The diesel Aspire was also favoured by the taxi drivers for it being light on pocket and performed well.

The four variants available for Aspire were Titanium petrol, Titanium+ petrol, Titanium diesel, and Titanium+ diesel. In the Bs4 avatar, the Aspire also came with an automatic transmission, paired to a 1.5L petrol engine, straight from the EcoSport. The Aspire is available in 5 shades, White Gold, Ruby Red, Moondust Silver, Smoke Grey and Diamond White.

The Aspire is good to drive around. The chassis is good, but not as great as the old Figo used to be. The styling receives an Aston Martin inspired grille, which adds to the whole character.

The main USP for the Aspire is the additional boot space over the Figo and also, Ford promises the least cost for maintenance amongst the competition. The storage space is also an added advantage, as this car has plenty of storage space, which includes the super quirky storage which can only be accessed by opening the door, situated near the door side dashboard. 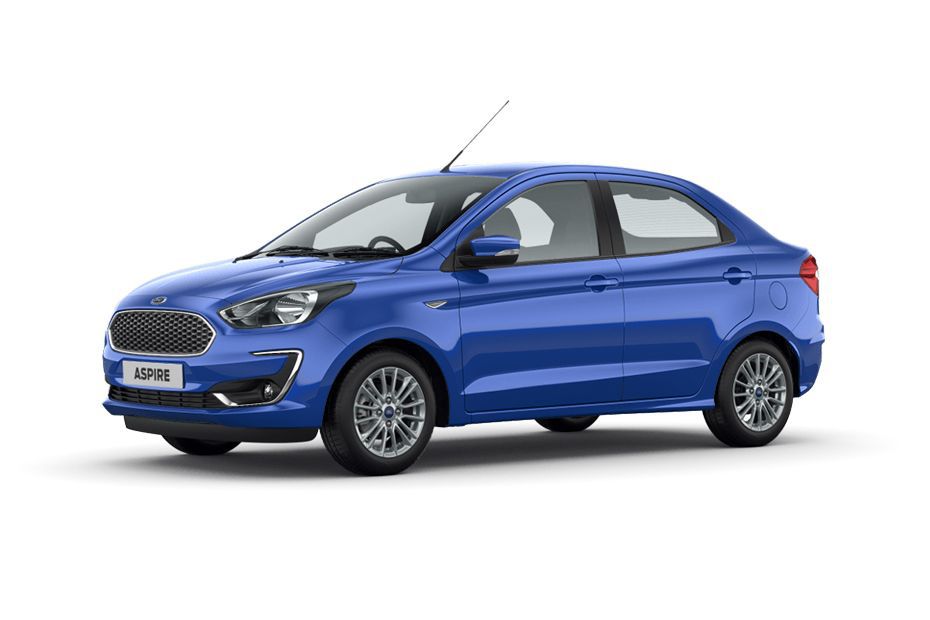 Availability of an excellent diesel engine: When compared to the competition, the 1.5L 4 cylinder unit is a free-revving unit and has got plenty of power. It also promises an excellent gas mileage of 23.5km/l (ARAI certified).

The top of the line Titanium+ comes equipped with 6 airbags, the best in the segment.

The petrol unit, the 1.2L engine is butter smooth and provides a comfortable ride. The car remains stable at three-digit speeds.

The 6.5” infotainment is easy to use and is very responsive to feedback. 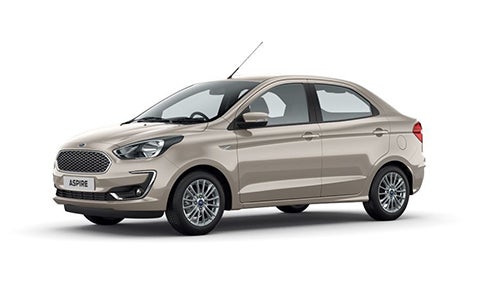 Figo and Aspire were supposed to be Ford’s volume models. The first-gen Figo was a huge success, and the new Figo had to keep up its name. The new engine upgrades were a huge boost. The value proposition of the Ford Aspire is brilliant. You will get a fully loaded compact sedan for under 10 lakhs. That being said, it is not loaded to the brim. You will get decent equipment.

Compared to its competition like the Tata Tigor, Hyundai Aura, Honda Amaze and Maruti Dzire, feature-wise it is no match to the Korean Aura. Even though the driving dynamics are a letdown from the previous generation Figo, it is still the best in its segment.

Aspire is priced between 7.28-8.73 lakhs, which is in line with the competition. Ford now assures one of the cheapest service costs amongst the competition, which is a bonus. Aspire is also a great choice if you are looking to run it as a taxi, as the 1.5 diesel engine is a great performer, returns great mileage and the service costs are also on the lower side.

If you are a person who is looking for a comfortable sedan to drive daily, Ford Aspire is one of the few options that still has a diesel mill. The diesel powertrain will leave a big smile on your face every time you get to drive an Aspire. For the occasional outing, the petrol engine might be more than adequate for you.

Coming to safety, Aspire is loaded with features like ABS, EBD, six airbags for the top trim and dual airbags as standard across all models. The six airbags offered in a compact sedan is something only Ford can pull off!