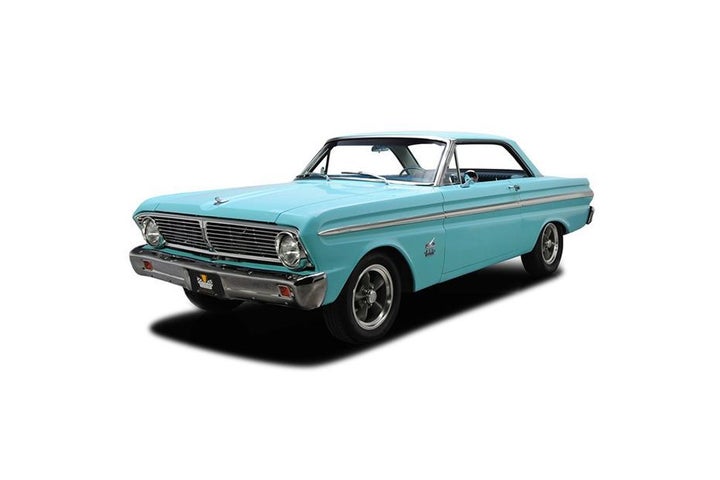 The Ford Falcon was among the model range of cars manufactured by Ford from 1960 to 1970.

The Falcon was Ford's third car line, following the full-size Ford and the Ford Thunderbird. It was the first compact car marketed by the American Big Three automakers.

Unlike its contemporaries, the Falcon was designed as a smaller version of Ford's full-size Galaxie sedan.

Several Ford vehicle lines were based on the Falcon during its manufacture, including the initial iterations of the Ford Mustang pony car and the Ford Econoline/Ford Club Wagon vans. Ford developed three models of the Falcon in the 1960s, all based on the same platform architecture.

Three generations were released over a period with various designs.

Throughout its manufacture, the Falcon had the same body style, with many significant facelifts to give it a more European look and bring it in step with other more current Fords. However, it was clear several decades later that it was a 1960s design with a 1980s grille.

The Falcon range included sedan and utility body types in its most recent form as the FG X series. The Ford G6, G6E, and G6E Turbo, which succeeded the long-standing Fairmont and Fairmont Ghia models, were luxury variations of the current model Falcon, together called the G Series. In addition to the Futura variation, the Falcon range previously offered a hardtop coupé, panel van, and station wagon, respectively, till 1978, 1999, and 2010. The Falcon chassis also gave birth to luxury cars like the Landau coupe, the Fairlane, and LTD sedans with large wheelbases.

The Falcon is one of the more well-known designs among the Ford cars, even though it was discontinued in 2016 after 56 years of development.

The Falcon was a significant vehicle that signalled the start of a new era for Ford and the whole North American automotive industry. The compact was born in the late 1950s when Ford discovered that larger cars were getting more expensive. Two years after the Falcon's debut, the compact had already established itself as a hit, selling over 500,000 cars in 1960 and over 1,000,000 by the end of 1961. In 1964, the Falcon was revamped with a more squared-off, modern appearance.

The owner hooked the modified Falcon onto a dyno to check how much power it possessed, and on the first run, it put out no less than 877 horsepower through the rear wheels. As the boost was gradually increased, power continued to rise to the point where the car began to spin on the dyno. It was then put on a hub dyno to eliminate any wheel spin, and it produced 1,105 horsepower while running on 21 psi of boost.

Only a four-door sedan is available in the Falcon and Falcon Deluxe trim levels.

The performance with the straight six was great, along with the best fuel economy and bulletproof features. It moved up to the 302 H.O.

The last 400 hardtop coupé body shells were used to create the limited-edition Cobra. Each Cobra was individually numbered and had features such as Globe 15-inch alloy road wheels, ER70 H15 radial-ply tyres, comprehensive instrumentation, bonnet scoops, driving lights, dual exhaust, four-wheel disc brakes, and a distinctive white and blue colour scheme based on the Falcon GS Hardtop model. The 5.8 L engines were placed in cars numbered 002 through 199, as well as No 351, while the 4.9 L engines were put in the rest of the cars (001, plus 200 to 400 except for no. 351).

The Ford Falcon is a full-sized car manufactured by Ford Australia from 1960 to 2016. From 1972, with the XA series, every Falcon and other derivatives were designed, developed, and built in Australia, following the decline of the American-influenced Falcon of 1960 to 1971.

The Falcon's "king-size" drum brakes had less lining surface than the Zephyr's, and they could stop a car that weighed over 100 kilogrammes (220 pounds).

The XD (Project Blackwood), Ford's next Falcon model, debuted in 1979 and shared many external aesthetic cues with the European Ford Granada but was significantly larger and looked less opulent.

Ford Australia imported the aggressively styled third-generation Taurus in 1996 as a possible successor to its acclaimed range of cars. But by that time, the Falcon platform had become outdated.

The new model of the right-hand-drive Mustang returned to the Australian market in 2015, following a 13-year absence, as part of Ford's aim to enhance Mustang brand sales globally while still providing Ford Australia with a showpiece car to replace the Falcon XR and FPV GT V8 range. 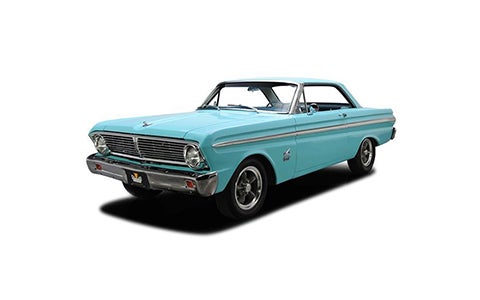 The Ford Falcon was a full-size automobile produced by Ford Australia between 1960 and 2016. Following the decline of the American-influenced Falcon of 1960 to 1971, which had been re-engineered locally as the XK to XY series for a tougher Australian market, each Falcon and range of derivatives had been conceived, produced, and constructed in Australia since the XA series of 1972. Since 1965, the Ford Fairmont had been a part of the lineup. The Ford Fairlane and LTD, respectively, were luxury long-wheelbase derivatives that debuted in 1967 and 1973. (with production ending in 2007).

The Ford G6, G6E, and G6E Turbo, which succeeded the long-standing Fairmont and Fairmont Ghia models, were luxury variations of the current model Falcon, together called the G Series. In addition to the Futura variation, the Falcon range previously offered a hardtop coupé, panel van, and station wagon, respectively, till 1978, 1999, and 2010. The Falcon chassis also gave birth to luxury cars like the Landau coupe and the Fairlane and LTD sedans with large wheelbases.

Right after, the fourth-generation Mondeo from Europe and the sixth-generation Mustang from North America are the Falcon's indirect replacements, with the latter retaining Ford's Australian V8 history. On October 7, 2016, the final Ford Falcon, a blue XR6, rolled off the assembly line.

Ford developed three models of the Falcon in the 1960s, all based on the same platform architecture. The Falcon was succeeded by the Ford Maverick in 1970, while the Ford Granada was introduced in 1975.