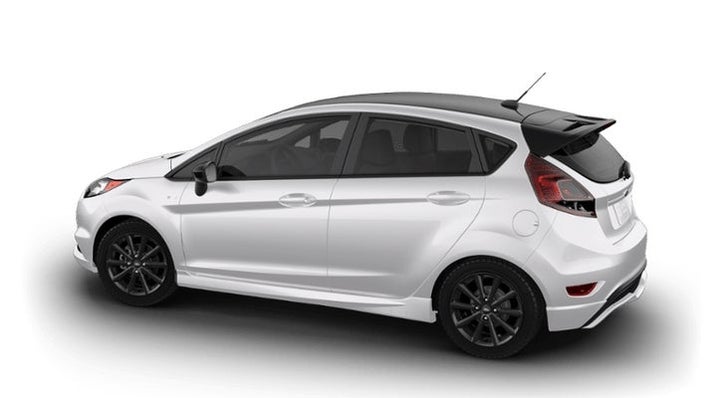 The 1.6-liter four-cylinder engine in the 2013 Ford Fiesta produces 120 horsepower. All models come standard with either a five-speed manual. The car's limited power is put to good use by the manual transmission, which shifts smoothly and efficiently. PowerShift's dual-clutch automatic transmission is noticeably rougher. At lower speeds, it buckles and is reluctant to downshift.

However, despite these disadvantages, the Fiesta delivers impressive driving dynamics. The steering is responsive, and it maintains its stability even when going around tight turns. Besides absorbing bumps well, the suspension also provides a smooth ride in a city and interstate traffic.

The front seats are comfortable, and both rows have plenty of headroom. Even with smaller adults, rear-seat legroom is limited. The rear seats have a child seat connector with a tether anchor. The Fiesta's interior is premium, with a tidy dashboard and plenty of soft-touch plastics. The Titanium trim comes with luxurious leather seats. Despite this, both sedan and hatchback versions have below-average cargo space. The Fiesta sedan's trunk is 12.8 cubic feet, while the Fiesta hatchback's trunk measures 15.4 cubic feet, with the rear seats flat.

Convenient climate control knobs and Ford's SYNC voice recognition system outperform most other hands-free solutions. However, the buttons on the dashboard are a bit clumsy. The missing navigation system is the biggest drawback of this car.

The Ford Fiesta was last updated in 2013. In 2014, Ford started calling the updates “Ford Fiesta Classic.” Then, in 2016, the Classic was discontinued. Between 2011 and 2013, Ford offered the car in seven colors - Diamond White, Chill Metallic, Kinetic Blue, Moondust Silver, Panther Black, Paprika Red, and Grey.

When Indian vehicle buyers heard that a car was being restyled, they rejoiced in a world where cars are already champions and gaining millions of hearts, it's understandable. Fiesta has been redesigned several times since its 2005 debut in India.

Across the world, this version has proven its worth. The blue oval emblem of Ford India can now compete with previously successful cars like the Hyundai Verna, City, and Volkswagen Vento, and Hyundai Verna. The automobile was not afraid of the giants and stood tall against its competitors. The Ford Fiesta 1.5P Ambiente was its best-selling model. Its TiVCT petrol engine produces 107.5bhp @ 6045rpm with 140 Nm of torque @ 4500 rpm.

Ford Fiesta’s USP was its all-around prowess. The interior looked exquisite, and the premium exterior had a strong presence on the road. The transmission was fantastic and smooth. The Fiesta offered a balanced driving dynamic to its users on the performance front.

The brilliant performance and handling of the car was a massive advantage with the Ford Fiesta. It was perfect to drive in the city as well as on highways.

The interiors were worked on and built with premium materials.

The front seats were designed to perfection and provided a comfortable ride, even for long tours.

When launched, it looked fresh and modern. The design has withstood the test of time and still looks great.

The features were well ahead of their time, such as dual airbags in the front, power steering, cup holders, and great leg space.

You could fold the rear seats to extend the boot space.

If your spirited driving gets out of hand, the tires screech, but don't lose traction unless you've gone too far. Even under emergency braking, the car will not wobble by the progressiveness of the brakes. 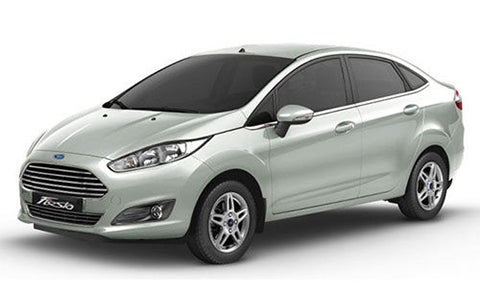 Well-built is an understatement when describing the Ford Fiesta. You can hear a substantial thud when you slam the doors shut, as with the boot and the bonnet. We drove a 14,000-odd kilometer media-driven car, and it rattled- virtually and wasn’t stray-noise-free.

The automobile has a striking feline visage from the front that is equal parts beautiful and menacing. The tail console feels overlooked in the design of the vehicle. But they've done a great job with the interiors.

You have the strength and speed to run at a high rate of speed on long straightaways. Put another way; you don't have to downshift when you wish to pass another car, especially one with more length. The turbo kick-in is smooth and predictable, making the driving experience more enjoyable and safe.

The interiors are all-black, which is quite a problem now that we can't use sun films. We prefer to turn off our cars at traffic lights, but the Fiesta's cabin heats up rapidly. Our Fiesta's staff kept grumbling about the lack of cooling even on long travels.

The horn cover is our sole gripe since it causes thumbs to feel some fatigue in minutes. If you synchronize your phone with the audio system, you don't have to shout to activate the voice commands, as the mike is ergonomically located.

The Fiesta is an excellent sedan for city driving, and the petrol model is the more sensible choice because of its size.