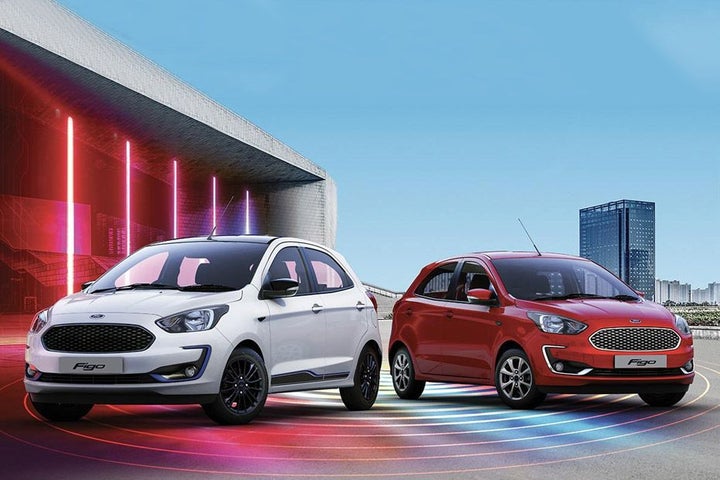 With the new Figo, drivers can choose between a 1.2-litre petrol model or a 1.5-litre diesel. Engine output is 95bhp at 6,500 rpm and 119Nm at 4,250 rpm from the 1.2-litre three-cylinder unit. In the diesel model, the 1.5-litre four-cylinder diesel engine delivers 99 horsepower at 3,750 rpm and 215 nm of torque at 1,750 rpm. Automatic transmissions are standard equipment for both engine configurations.

The Figo retains most of its classic stylistic cues in terms of design, and only minor alterations have been made with the 2019 update. The fog lamps' chrome bezels have been enlarged. A brand new grille has been added to the bumpers for a fresh look. In contrast to more current vehicles, this hatchback does not have LED or DRL headlights.

The interior of the Figo is primarily black, except for the top-of-the-line BLU model, which features blue accents and a different upholstery with blue contrast stitching. Aside from that, there are six airbags and a leather-wrapped steering wheel in the top-spec model. There are also automated headlights and automatic AC. The revised model has a seven-inch touchscreen and run-of-the-mill features such as two airbags on the front, ABS, front seat belt alert, and speed sensing part of the new feature upgrades.

If you're willing to fork up a little more money, you'll receive a lot more than the standard Titanium trim. Titanium Blu Ford Figos, for example, has six airbags as standard equipment. The kit includes auto headlights, auto wipers, and an auto-dimming mirror.

In September 2009, the Ford Figo was introduced in Delhi. Based on Ford's Fiesta's small-car chassis (Mark 5 Fiesta), but with updated front and back styling. In India, Ford also sells the Fiesta Classic, a smaller version of the Fiesta. Italian slang for "cool" gives the name "Figo." It is available in five colours: Diamond White, Moondust Silver, Ruby Red, Smoke Grey, and White Gold.

Figo has seen multiple modifications since then. The Ford Figo was last updated in India in 2019. The B-segment hatchback received a mid-life update after nearly four years on the market. Trim levels were rearranged and minor visual tweaks were made to the hatchback. Its rivals include the Hyundai i20 as well as Maruti Suzuki Baleno.

The Ford Figo’s USP is primarily its engine and equipment. It has gotten a lot simpler to recommend since it received its upgrades. The Figo petrol manual is a wonderful option for those who only do a small amount of driving, while the Figo diesel is an excellent option for those who do a lot of driving on the highway. It's the Titanium Blu version of the Ford Figo that we prefer.

There will be no more Ford vehicles manufactured in India. That being said, there will be no change to Ford's present product line-up, and the business will still be assisting current Ford automobile owners. 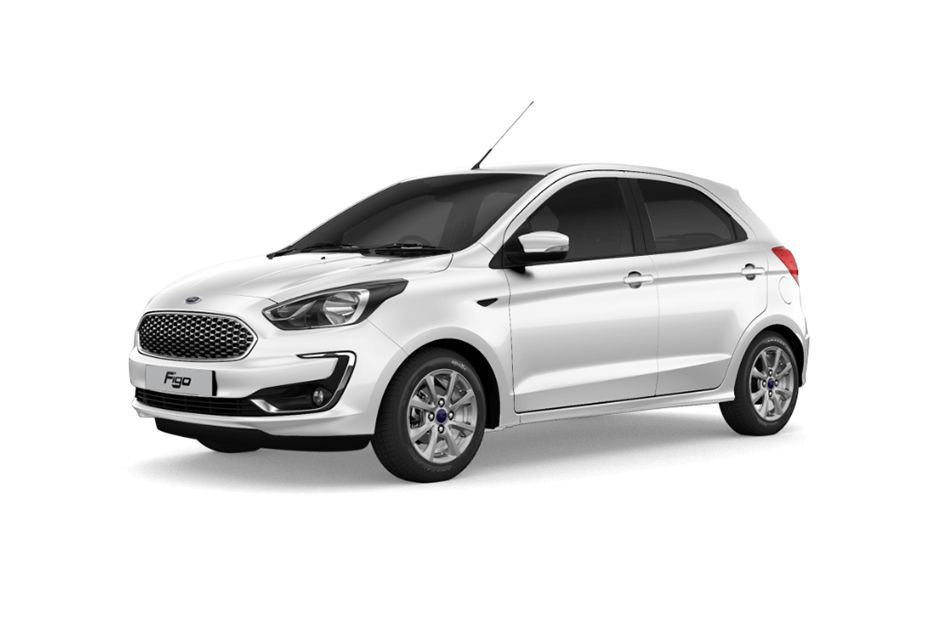 According to Consumer Reports, Figo is the safest in its class on the market today. In fact, with six airbags, stability, and traction control, it's easily one of the safest cars available today in the sub-10 lakh price range.

In a sea of AMTs, the Figo has a 6-speed torque converter automatic.

The transmission is also only available with the 1.5-litre gasoline engine.

The Figo has a standard automatic transmission and is one of the cheapest automobiles in the country.

123PS makes it the most powerful in its class by a large margin.

Auto-dimming mirrors, rain-sensing wipers, and auto-dimming headlights are just some of the features that Figo does not have.

Neither the headlights nor the taillights are equipped with daytime running LEDs.

The 2019 Figo is a good car, but it could be better, particularly inside. The headroom on the rear seats, for example, is very constrained, and taller passengers are sure to complain. There's also no bottle holder in the car.

In the standard model of Figo, there are no side and curtain airbags, as well as auto headlights, rain-sensing wipers, and auto-dimming.

The steering wheel's reach cannot be adjusted. There's also no armrest for the driver, which is quite a drawback.

There are no access switches in the Figo which means you have to pull out the heavy key fob to start/stop/start the engine.

Figo's 1.2-litre normally aspirated petrol engine has been paired with Ford's iconic torque converter. The torque converter’s 95bhp output of this Dragon Family's Ti-VCT engine is untouched. There are no noticeable vibrations in the interior when the engine is cranked up, which is unusual for a three-cylinder engine. The Figo AT has enough low-end power to keep up with traffic at low speeds, even though 119nM of torque is only accessible at 4250rpm.

When you let off the brake pedal and shift into drive, the engine remains silent and vibration-free. Push the accelerator, and you will never feel that you are not powered enough.

The Figo Automatic's ride and handling have not been altered. We would highly recommend this If you're looking for a sporty, fun-to-drive hatchback. It's easy to toss the steering around a corner since there's plenty of input just to let you recognize what the front tyres are doing, even though the steering has a three-turn lock-to-lock range. In addition, it is supported by a well-controlled body that gives the rider a sense of confidence.

To conclude, anyone who likes Ford's driving dynamics and build quality, as well as its service plans, but isn't bothered by a few weird antiquated features, might consider the Figo as a viable option. The petrol engine's automatic transmission transforms it into a city car that can also handle short trips on the highway.