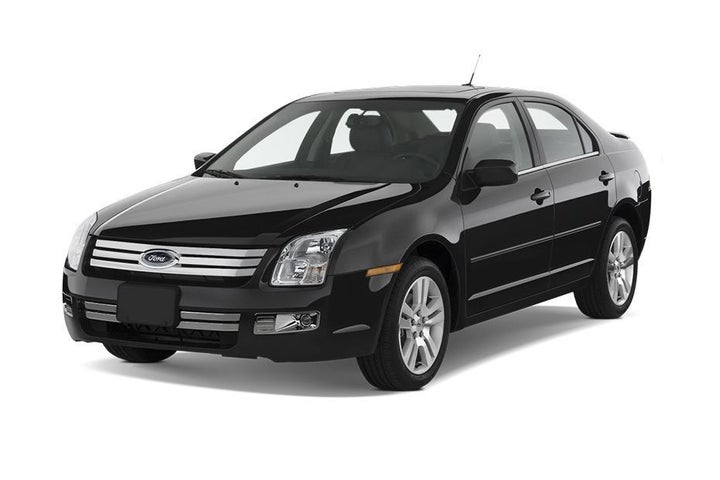 The inside of this midsize sedan is both attractive and comfy. The inside materials are of a higher quality than one would expect at this price point. This is a major selling point for the Fusion, distinguishing it from many of its competitors. Ford offers a wide range of high-quality upholstery options. The fit, finish, and trim are all excellent, and the console is sleek and well-designed. Ambient lighting is also available at higher trim levels.

The appearance of the 2020 Ford Fusion is appealing and stylish. It straddles the border between elegant and obnoxious. It contains aspects that can be considered elegant and sporty.

The 2020 Ford Fusion comes with a slew of useful safety measures. The best part is that most of them are standard on all models. MyKey is a system from Ford that lets you establish limits and parameters for other drivers. If you have adolescent drivers in the house, this can be a life-saving tool.

The Fusion offers a smooth, wonderful ride. Almost every bump in the road is appropriately absorbed by the suspension, and the driver and passengers barely notice the change. Ford has also done an excellent job of reducing engine and road noise. This results in a relaxing and peaceful drive. The plush seats discussed earlier add to the fantastic driving or riding experience.

The Fusion provides extremely comfortable seats for the driver and the passenger in the front. The seats feel relaxing and reassuring. They're snug enough to keep you in place even during more intense driving.

With sedan sales plunging and SUV sales surging, Ford is attempting to bridge the gap between the two sectors by putting the Fusion moniker on an all-new crossover-like station wagon.

The Subaru Outback and Buick Regal TourX are believed to be among the vehicles targeted. All-wheel-drive, plastic body cladding, and an increased ride height are all expected on the Fusion Active. A hybrid and plug-in hybrid powertrain is also rumoured to be available.

It is reasonable to expect it to cost around the same as the Outback and Regal TourX, which start at around $28,000 and $30,000, respectively. One thing is fairly certain: all-wheel-drive will be available.

The wagon will be available with a hybrid or plug-in hybrid drivetrain. Those two electrified powertrains could be the same or identical to the ones seen in the tiny Escape vehicle. That means it will have a four-cylinder engine with a 2.5-litre displacement and two electric motors. The Fusion Active may also get Ford Escape's 250-hp turbocharged 2.0-litre four-cylinder engine and eight-speed automated transmission. We won't know much about the wagon's performance or how it drives until we get a chance to take it for a spin.

Some reports indicate it has a fully digital gauge cluster, a vertically oriented centre screen, and inside cubby storage that is adaptable. To compete with the Outback and Regal TourX, we expect the Fusion Active to offer a comfy back seat and plenty of baggage capacity. To be standard or optional, a touchscreen with Apple CarPlay and Android Auto will be given. Built-in navigation and a Wi-Fi hotspot are also likely to be on the list of features. Usually, Ford also includes an enhanced audio system.

Built-in navigation and a Wi-fi hotspot are likely to be on the list of features.

Ford will add an improved audio system as a standard or optional feature.

Automated emergency braking, blind-spot monitoring, and lane-keeping assist are all expected to be featured.

All-wheel-drive, plastic body cladding, and an increased ride height should be standard on the Fusion Active. A hybrid and plug-in hybrid powertrain is also rumoured to be available.

The base engine is capable of producing 175 horsepower. For a car of this size, this seems like a reasonable amount of power. Unfortunately, this model's acceleration isn't very good. The good news is that Ford has improved the alternatives available to you. You can choose between a turbocharged 1.5-litre and a 2.0-litre engine. The 2.0-litre engine produces 245 horsepower for quick acceleration.

A Sport trim option with a V-6 engine was available from Ford. The engine had two turbochargers and produced a massive 325 horsepower and 380 pound-feet of torque. The V-6 Sport package was discontinued in 2020.

Another popular midsize vehicle is Toyota's Camry. Camrys are noted for their dependability. The Camry has a V-6 engine that produces more horsepower than the 2020 Fusion. 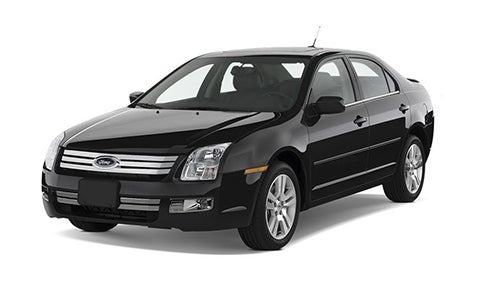 Ford Fusion is a four-door sedan that seats up to five people in a midsize body. In 2006, this popular car initially went off the assembly line. Ford is focusing on trucks and SUVs in the future. Thus, the 2020 Ford Fusion will be the last in the range.

The 2020 Ford Fusion will be the last of its kind, but if you're looking for a mid-sized sedan, it's still a great choice. Even the lowest model comes with a slew of standard features and technologies. It's one-of-a-kind in its class because it comes with an all-wheel drive. It is also a fashionable vehicle on the inside and out. The classic sedan still has a position in the market as the market shifts toward pickups, SUVs, and crossover cars. You can't get a car better than a Ford Fusion in this class.

One of the turbocharged engines of the Ford Fusion is recommended for serious performance. A turbocharged 1.5-litre I-4 engine with 181 horsepower is available. The 2.0-litre I-4 turbo produces 245 horsepower and 275 pound-feet of torque, making it the most powerful engine available. The Titanium trim level comes standard with this strong engine and all-wheel drive.