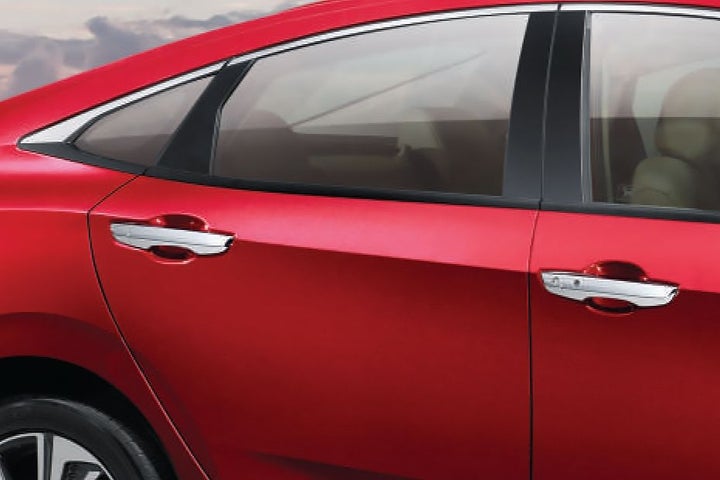 Honda Civic is one name that has been globally present since 1972. However, the incredible wagon came to India much later, i.e. in 2006. This was the 8th generation of the car and was launched in the country as a D-segment executive sedan.

Since the car was launched in India, it became an instant hit, owing to its unique features and ultra-stylish exteriors. The look was sharp, low-slung, angular, and sleek. And despite the road conditions in India, the low car didn’t dissuade enthusiasts from buying it.

The 8th generation Civic came with a 1.8 litre, four-cylinder, i-VTEC petrol engine with 130HP and a peak torque of 171Nm. These specs made it possible for the car to do a 0-100 sprint in almost 10 seconds, with a top speed of 190 Km/h. It came mated to both Automatic and Manual transmissions, but the latter was more popular.

After skipping an entire generation, Honda then rolled out the 10th generation of Civic in India in 2019. Much like the previous generation, the design was sharp and sleek. The interiors were equipped with the latest tech and other auxiliaries. Finally, the company introduced the Diesel variant with 1.6 litre turbo-diesel, 120 HP, and 300 Nm of torque. The diesel variant was mated to a 6-speed manual transmission only.

Last year, Honda discontinued the 10th generation model owing to lack of demand. The 11th generation has been launched overseas, but it remains to be seen whether the company will decide to bring back the Civic brand to India.

The perfect blend of style and functionality, the Honda Civic is back in the market with an all-new design. The sedan is equipped with solid features, making it a real delight for all car lovers. The stunning wagon outclasses most cars in the segment in terms of exterior design and a feature-loaded interior. One of the most luxurious cars, the exteriors of the new Civic are further refined and made to look sleeker and more mature. The frame is widened to create a more dominant look from the outside while ensuring a better view from the inside. Some of the most prominent highlights of the new Civic are as under:

If it arrives in the Indian market, Honda Civic’s greatest rivals will be Hyundai Elantra and Skoda Octavia.

One of the biggest positives of the Honda Civic is that it looks absolutely smashing. A chic amalgamation of a coupe and a luxury saloon, the car manages to turn heads with its sleek and sporty design. It showcases a swooping roofline that is further complemented by a low-slung body with sharply etched headlights and taillights.

Inside, the car is highly feature-rich and technologically advanced. It offers great features in comparison to other midsize sedans of the same segment.

The car guarantees a plush ride experience. The new Civic also comes with an option of a 1.5 litre turbocharged petrol engine that offers the thrills of a 2.4 litre engine. Being an in-line four-cylinder engine, it provides much more power, resulting in a better drive.

It comes with Honda Sensing technology that includes different monitoring and mitigation systems that help the drivers to focus and avoid accidents. The Adaptive Cruise Control is also a part of the suite.

The car offers plenty of entertainment options in all trims, including Apple CarPlay, Android Auto, and Bluetooth. The Sports, EX, and EX-L also come with an eight-speaker sound system with a subwoofer for an incredible experience.

The rear bench in the Honda Civic is undoubtedly comfortable. However, it is only meant for two people. The sloping roofline makes it difficult to accommodate any more passengers at the back.

The car is only good enough for a drive within city limits. The CVT gearbox’s noticeable rubber-band effect simply spoils the drive as you build up speed. 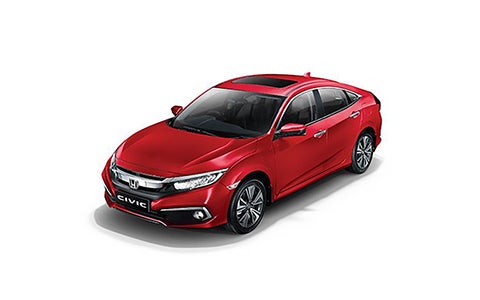 The 10th generation Honda Civic isn’t a revolutionary car as the 8th generation was. However, it still features a striking exterior design, a spacious cabin loaded with hi-tech features, and incredible ride quality. Although the car has been discontinued in the Indian market, the 8th generation model still remains to be a hot seller in the used car segment. It is considered one of the most successful and loved mid-size sedans to be ever available in the country.

The 11th generation model launched in the international market is getting excellent reviews, especially for its stylish looks. The plunging roofline together with a low-slung body and edgy outlines look stunning. Besides, the car is also great on the safety front, featuring the Adaptive Cruise Control and Honda Sensing Technology. Sometimes, the forward collision warning tends to give false alarms. However, it is still not a deal-breaker for most potential buyers.

All in all, the car is made to make the driving experience more pleasant, entertaining, and interactive. It can be a great investment for someone who is looking for a decently priced and technologically advanced sedan. The car is also suitable for large families as it ensures a cozy trip, whether you are sitting in the front or the rear. The 15.1 cubic feet of cargo space is also a plus point, making the car one of the most spacious trunks in its segment.

So, if the company plans to bring back the car to the Indian shores, it may stack up well against its competitors like Elantra, Corolla, and Octavia.