The Land Rover Discovery was a dramatic evolution from Land Rover, both in its design and engineering, and it sat alongside the Discovery Sport as part of the discovery family. After teasing and testing it worldwide, Land Rover launched The Discovery 4 in 2014 in India.

The Discovery 4 comes in diesel fuel type only. It comes with a 2993 cc engine, capable of delivering a fuel economy of 11.8 kmpl. It has four cylinders, maximum power of [email protected], and a maximum torque of [email protected] It also has an automatic transmission type, with a fuel tank capacity of 65.0 litres.

The SUV has solid disc brakes for both front and rear. Adding to the brake force, it also has the electronic brake force distribution system and brake assist.

Safety features include an advanced alarm system with engine immobiliser, remote-controlled central locking system and parametric security system. It has eight airbags—dual front, head, rear head and sides. It also has a three-point belt system with a reminder, a crumple zone and side-impact protection beams.

You get to see flawless leather seats in the interiors, an automatic climate control system with air filtration, air quality sensing, and automatic recirculation. It also features leather steering wheels with multi-functional switches and mood lighting. You can even customise your SUV with add-ons like child seats, entertainment and technical upgrades, protective coverings etc.

The all-new Land Rover Discovery 4 is a five-metre-long, 2.2 turn, seven-seater SUV. Despite being such a large luxury SUV, it comes with a low range. It gets Land Rover’s terrain response system, which primes the steering, the suspension, the engine, gearbox and other electronics for various off-road scenarios. Its suspension can be raised to 75 millimetres from its lowest position to its highest, taking its ground clearance up to a total of 283mm. A wading depth of 900mm has also been provided.

As far as the seating space is concerned, the Land Rover Discovery 4 does justice to its 7-seater claim. Adults can use even the third-row seats. As for the middle row, you sit a bit low. As a result, there is lots of space. You also get to slide your seats back and forth to make space for the occupants at the back. For the backrest, there is power control. The best seats in the house, though, are the one's upfront.

The Discovery 4 is a luxury SUV which not only gives you the trust and quality, but also the brand value of Land Rover.

Its interiors are really comfortable. If you’re travelling across the town at a low sluggish speed, this car will feel like a comfortable spa, with music and climate adjusted temperatures.

Plenty of legroom, comfortable seating for adults, luxurious dashboard with a central console and dual-view screens, all comprise a luxurious experience.

The Discovery 4 also provides you with plenty of boot space. With back seats folded, there is as much as 2558 liters of storage available. It gives you easy access, a split tailgate and a flat floor.

Not to forget, it’s an SUV at the end of the day. Even in rugged terrains it will make you feel like the king of the road. It’s high driving position and a 3.0-liter diesel engine makes driving it a thrilling experience.

At the end of the day, it's a Land Rover. It’s bound to be expensive.

If you go for the cheaper entry level GS versions, you’ll get a sparse, inauthentic Land Rover feel.

The accessories like leather seats, parking sensors, satellite navigations and automatic lights, all come as add-ons, with extra charges.

Land Rover has used some complicated car parts and electronics to assemble this SUV.

The parts are also expensive. If anything goes wrong, the cost of repairing might skyrocket.

You’ll have to be prepared for unexpected emergencies. 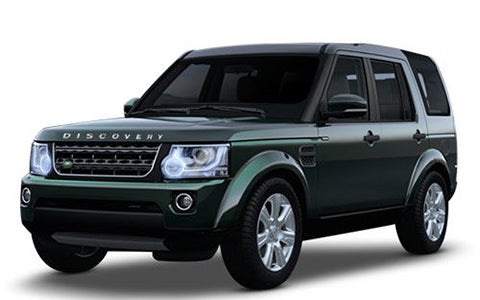 The Land Rover Discovery 4 is a classy SUV to have.

With foldable armrests, the front seats feel no less than thrones, giving a captain’s view out of the large glass area. The view inside is rather nice as well, with a chunky, long-lasting look to everything. There’s also a lot of utility space in the discovery cabin—two glove boxes, a large centre armrest/cooler box and many more. There are as many as nine charging ports available.

The car also gives amazing luggage carrying capacity. You can electrically fold and retract each of the second and third row seats individually. With all seats folded, there is enough room for two adults to lie down. You also get an electrically foldable shelf which can bear 300kg of load. Well, you may also use that as a picnic table.

It’s not the sportiest of SUVs though, and it does not even pretend to be. If you go fast into a corner, the front end will wash wide. However, if you ride within the car’s limits, you will love the feeling of immense control that the Discovery 4 has to offer. The steering wheel has a lovely, old school heft to it. For something as large as this car, it feels really manageable.

Out on the highway, it feels unshakable. The drive quality is excellent, and the all-round suspension just absorbs the bumps and gets on with life. There is no residual movement as such—no bobbing, no shimmying.

To recap, the Discovery 4 rides well, drives well, feels tough, seats seven, and can take you places that very few other SUVs will.