· The Land Rover Discovery made its debut in the United Kingdom in October 1989. It used the same chassis and four-wheel-drive system as the Range Rover model but with smaller engines and a lower price tag to appeal to a wider audience.

· Premium LED headlights with Daytime Running Lights and rear LED lights are standard on the tough SUV. For a city-centric, sportier style, the R-Dynamic trim eliminates the all-around black bottom cladding in favour of nicer looking 18-inch alloy wheels, a blacked-out roof, blacked-out A- and B-pillars, a blacked-out back number plate recess, and aggressive looking bumpers.

· Quality leather interior is standard on the Land Rover Discovery Sport, as is a new SportShift gear selector made of premium materials. The Discovery Sport borrows a lot of design aspects from the Velar and Range Rover models, especially in the way the dashboard and steering wheel are constructed. The inside is richer and less cluttered than before, thanks to a larger 10.25-inch 'TouchPro' infotainment screen, a 12.3-inch instrument cluster (available only on the R-Dynamic SE level), and a redesigned centre console touch panel for climate control. For improved operation, the rotary gear selector has been replaced by a normal gear stick.

· It comes in both diesel and petrol. The transmission is automatic.

· The diesel engine has a maximum power output of 177bhp and a torque output of 430Nm.

Land Rover has announced the 2020 Discovery Sport petrol models, with prices beginning at Rs 58 lakh (ex-showroom). The petrol variants are powered by an Ingenium 2.0-litre petrol engine (mild-hybrid) that produces 250PS and 365Nm of torque. Land Rover's Premium Transverse Architecture is used to construct the Discovery Sport. The redesigned Discovery Sport still features a class-leading 600mm wading depth. The 2.0-litre petrol engine, which produces 245bhp and 365Nm of torque, is mated to a mild-hybrid system that includes a belt-integrated starting generator and a 48V lithium-ion battery pack. The system cuts pollutants and improves fuel efficiency by up to 6% by using better start/stop technology, torque assistance of up to 140Nm under high-load conditions, and shutting off the engine at speeds of 17kmph. As with the 2.0-litre diesel engine, there are two variants available: S and R-Dynamic SE. The SUV now rides on a new platform with minimal outward changes, as well as a digital instrument cluster and a 10-inch touchscreen system in the cabin.

The BMW X3, Mercedes-Benz GLC, Audi Q5, and Volvo XC60 are all competitors.

The Land Rover Discovery Sport is a versatile vehicle that can be used for daily commuting, lengthy drives, or off-road adventures. The new Discovery Sport is more enticing than ever, thanks to its revised appearance and sumptuous interiors.

· What truly enthrals one to this heritage-packed SUV is its luxurious design, exceptional build quality, and versatility, as well as its excellent off-road prowess that is complemented with a fantastic ride.

· The dynamics are sorted, and off-road credentials are great.

· It provides a level of versatility not found in comparable SUVs at this price point.

· It's the toughest SUV in its class, with the added bonus of being the only one with a third row of seats.

Despite the Discovery Sport's great sales, the potential to equip it with a sportier engine was overlooked.

· Not to mention that the majority of its competitors are similarly less expensive.

· Then there's a third row, which appears to be reserved for toddlers. The third row is difficult to reach and has limited room.

· The 2.0-liter diesel engine in the Land Rover Discovery Sport is decent but uninspiring, with a rumbly sound.

· The 240hp 2.0-litre turbo-petrol engine isn't the quietest in its class.

· There's some latency at first, which is exacerbated by the sluggish 9-speed automatic transmission. The Discovery Sport's ride quality is a little stiff-kneed at low speeds. 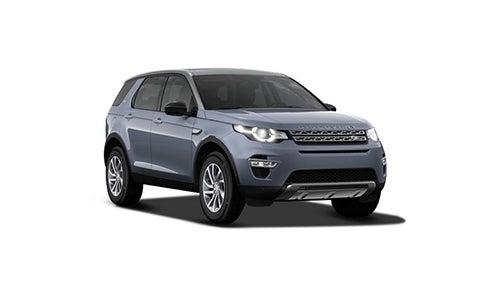 The Discovery Sport significantly advanced the game by integrating the underpinnings of its upscale sister brand Range Rover's then-new Evoque, resulting in quality on the road but still lots of capability off it. The Discovery Sport has had the same level of success as the previous Freelander, which is not surprising. The chassis of the car is both lighter and stiffer than that of its predecessor, resulting in improved efficiency and refinement on the road. The main benefit is that this chassis has been built to take electric upgrades to JLR's latest Ingenium engines. The new Discovery Sport comes with six powertrain options, with the 150hp diesel being the sole non-hybrid option and the only front-wheel-drive powertrain. There are four trim levels based on the engine, as well as bespoke 'R-Dynamic' variants of all four. The car has a five-star Euro NCAP safety rating, and standard safety features include autonomous emergency braking, a lane-keeping aid, a driver fatigue monitor, and a reversing camera, while optional features include adaptive cruise control with a steering function that keeps the car in the middle of its lane. The attention paid to passengers not sitting up front is clear proof that Land Rover is muscling in on Range Rover territory — there's plenty of flexibility in the rear seats, which move and tilt, and the seat back is split 40/20/40, allowing some 24 options. As previously stated, the new Disco Sport is constructed on the newest PTA architecture, resulting in a basic body that is 10% stiffer than its predecessor, aiding refinement. It's also designed to accommodate electric components in the engines, whether mild hybrids or plug-in hybrids in the future. The battery is also wrapped carefully to minimise taking up inside space. All of the changes are for the better, resulting in a refined SUV that is enjoyable to drive on the highway while still inspiring confidence while tackling a difficult off-road path.