Discovery was launched by Land Rover in India in 2017. It is the fifth iteration of the vehicle and does not sport a numeric suffix. In the previous generations, it had a unitized body structure, due to which it was heavier.

The two-litre petrol engine produces 296-horsepower and has a turbocharger to enhance its performance. The powerful engine gives the SUV an athletic feel while remaining light on the feet.

The vehicle is available in diesel and petrol options with an average mileage of 18 kmpl. The fuel tank capacity ranges between 70 litres to 90 litres, which is efficient for an SUV of its size.

All engines have a standard 8-speed automatic transmission, all-wheel-drive system that works with paddle shifters.

The vehicle has a lower, wider stance with distinctive headlights and rear lights. The refined front grille and bumpers elevate the vehicle’s contemporary appeal.

The safety features include ABS with EBD, eight airbags, and electronic stability control.

Land Rover launched its facelifted Discovery in July 2021. The updated luxury SUV has improved features, six-cylinder petrol and diesel engines, and revised styling. With the launch of the latest model, Land Rover offers the Discovery in 18 variants, including S, SE, and HSE. It is available in two trims - Standard and R-Dynamic. Moreover, Discovery now has redesigned LED headlamps and U-shaped LED DRLs. According to Land Rover, the design of the second row is redone to make it more comfortable. The seats have longer and thicker cushions for better posture and under-thigh support. The seats also offer better lateral support.

Land Rover Discovery is available in 12 different colours. Some of the favourite colours are Lantau Bronze, Portofino Blue, Hakuba Silver, Nambia Orange, and Santorini Black. When you step inside the facelifted Discovery, the revised central console will grab your attention. It features JLR’s new 11.4-inch Pivi Pro infotainment system. For passenger safety, there are eight airbags, all-around parking sensors, ABS with EBD, and electronic stability control. The SUV’s variants now have 3.0-litre, six-cylinder petrol and diesel engines with mild-hybrid technology.

The price of the Land Rover Discovery ranges between Rs. 88 lakh to Rs. 1.19 Cr. The difference in price depends on whether you choose a diesel or petrol engine, the base model or top model, and an S, SE, or HSE variant. The year of manufacturing also affects the price. The Land Rover Discovery competes against the BMW X5, Audi Q7, Volvo XC 90, and Mercedes-Benz GLE.

The car allows you to travel comfortably with up to seven passengers. With seven full-sized seats, you can easily plan trips with your friends and kids.

The stadium seating and heated seats in all rows let everyone enjoy the view of the road.

The Discovery is built for off-roading and performs exceptionally in the rough. An absorbent suspension and pleasant steering ensure control even at high speeds.

The Land Rover Discovery lets you open and close the tailgate with a powered gesture tailgate, so, if your hands are full, there is no need to worry.

There are multiple USB-C charging points and hidden compartments, making it easier for you to store anything and everything on-the-go. At the touch of a button, you can configure the second and third-row seating, something that provides unmatched flexibility.

The eight driver and passenger airbags keep you and your family safe.

The huge rear overhang gives the car a clumsy look. The offset number plate on the tailgate is also not too appreciated.

The overall quality of the material used for the interiors seems cheap. There are often chances of squeaks and rattles.

The ride feels a little stiff at low speeds compared to other SUVs in the luxury segment.

The third row may not be easily accessible but is usable. The middle seat is not as comfortable as it should be.

The price of some of the variants is exorbitantly high.

The 3.0-litre petrol V6 engine with 340 horsepower is petrol thirsty. The 3.0-litre V6 diesel engine is refined and performs better. 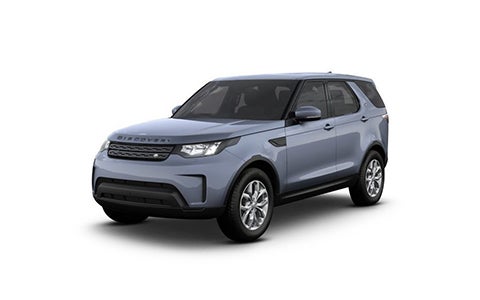 The Land Rover Discovery is an excellent family car. It offers unrivaled space and comfort levels. Its performance doesn’t deteriorate even after you’ve run out of tarmac. The previous generation Discovery wasn’t powerful enough to drive and felt utterly old-school. However, the facelifted Discovery with nice angles, an appealing cabin, a stylish dash, a new bumper, and a restyled grille and headlamps are sure to give its rivals a run for their money. The asymmetrical profile of the tailgate still exists, but there are noticeable enhancements with a pair of reworked tail lamps having bolder LED elements.

When it comes to performance, Discovery now has three engine options. The larger 3.0-litre six-cylinder engine has 360 horsepower and delivers 500 Nm of torque. The diesel engine gives out 300 horsepower with 650 Nm of torque, making it my pick.

The interiors of the car also aren’t worth a miss. The air-con panel has new touch controls. The rotary gear knob is replaced by a more conventional gear selector. The second-row seats are redone for enhanced comfort. They have thicker and longer cushions, giving passengers improved posture.

The new Pivi Pro infotainment system has over-the-air updates. It is compatible with Apple CarPlay and Android Auto. Some of the other features that make the luxury SUV a practical vehicle are the Click and Go tablet holders in the front seat backs, the PM 2.5 air filter, 360-degree parking camera, ClearSight Ground View camera system, heated and cooled front seats with memory function, and a lot of other driving assistance tech.