The exterior of the Land Rover Freelander 2 is characterized by a more aggressive appearance. It's based on the most cutting-edge technology available to the company. Xenon headlamps and fog lamps are available for the SUV, enhancing visibility. Outside, there are electrically adjustable, body-coloured mirrors. Mirrors with memory functions are also available.

The TD4-SE and SD4-HSE engines can be found in the Freelander 2's engine compartment. On top of the 150PS at 4000rpm and the 420NM at 1750rpm, from a 2179cc in-line four-cylinder diesel engine, you get a TD4-SE powerhouse. At 3500rpm, the SD4–HSE's 190-PS diesel engine generates 420NM of peak torque, whereas the SD4–HSE's 2179cc in-line 4-cylinder diesel engine generates 420NM of peak torque at 1750rpm. With command shift technology, the engine is paired with a 6-speed automatic gearbox.

The dashboard has a wood grain veneer and well-spaced buttons for improved usability in the interiors. It has music controls situated on the steering wheel, as well as Cruise Control.

The McPherson struts suspension up front and the multi-link struts suspension in the back provide the Freelander 2 a smooth ride. Using the vehicle's Terrain Response system, you can select the driving conditions you want to use it in. In city driving, the light steering wheel will be useful. The SUV has a 0-100 kmph time of 11.2 seconds.

The car's braking system is highly effective, and it also incorporates roll stability control for added safety. In addition to the electronic brake distribution (EBD), the vehicle is equipped with ABS braking. Emergency braking help is also included. To begin with, there are airbags in the car for the driver and front passenger. Cornering brake control, electronic traction control, and dynamic stability control are all included as standard safety equipment on this model.

The Land Rover Freelander 2 is a 4x4 lifestyle SUV in the compact SUV category. It's a terrific city car because of its small size, and that makes it easy to go around town. When it comes to off-roading, the Freelander 2 is more than up to the task, unlike rival soft-roaders that only flaunt SUV looks but lack the capability to deliver on those promises. Even though the outside of the domestically produced Freelander 2 isn't drastically altered from its predecessors, the interior has undergone some significant improvements.

All-wheel-drive and two-wheel-drive variants of the British manufacturer's Land Rover Freelander 2 were rolled out. Like other crossovers, the SUV is built with a monocoque construction.

In this second-generation Freelander, the Ford EUCD platform is used. Off-road capabilities are enhanced thanks to the vehicle's increased ground clearance. The SUV's inside has been upgraded to a higher standard of quality for added safety. This Freelander 2's Terrain Response off-road driving system has been tweaked to make it even more impressive.

Great city vehicle that can go off-road as well: Mini SUVs like the Land Rover Freelander 2 fit into the 4x4 lifestyle market. When it comes to city driving, it's a wonderful fit because of its small size and powerful engine. This vehicle has the rugged looks of an SUV, making it ideal for off-roading.

Exquisite Interior with comfort: In terms of interior and comfort, this is unquestionably the vehicle for you if you want city driving with off-road capabilities. This vehicle is an excellent choice for city driving because of the absence of road, wind, or tyre noise at moderate speeds. However, its boxy design and diesel engines make a lot of noise when traveling along the highway, which some motorists may find annoying. It's a great car to drive, though, and its suspension is capable of handling some of India's bumpier roads.

Driving and performance: The little car's dimensions are ideal for city driving, and the driver's seat is raised to provide a great view of the road ahead. There are manual and automatic versions, so it's a car that everyone can drive.

Not worth the money: Even with the sturdy cabin, this tiny SUV has a lot going against it when it comes to its dependability. The most common concerns were poor handling and question marks on the quality of the materials used on the car.

Malfunctioning components: Despite a 2012 Land Rover update, numerous drivers have experienced issues with key elements that have not been rectified. Parking aids and batteries seem to be the most frequently malfunctioning electrical components. However, hose failures and poor starting have also been reported.

Many issues flagged by drivers: Some Land Rover equipment, notably airbags and heaters, have been known to malfunction in models made after 2006. Handbrakes, diagnostic connectors, and even the rear suspension have all been plagued by issues in vehicles constructed prior to 2006. These additional issues, on top of normal car part maintenance such as oil changes and checkups, can quickly pile up in terms of cost. 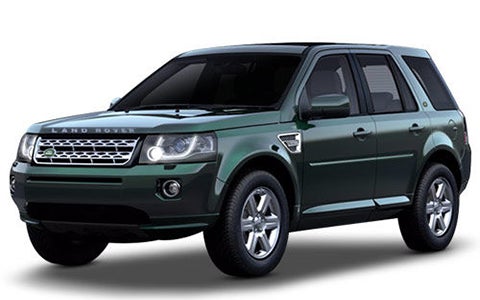 The mid-life update for the Freelander 2 gives it a fresh look and improved functionality. The Freelander 2's minimalist interior style, which emphasized function over form, did not win over all of its potential consumers. When it comes to the front grille, the 2018 Range Rover is now a direct ancestor. The Range Rover-like LED cluster is also found on the headlights of the new model. Compared to its predecessor, the Freelander 2 now has a striking resemblance to the new Land Rover design.

In the past, the dashboard of the Freelander 2 looked a little rudimentary. The instrument panel, center console arrangement, and even the terrain response system knob have all been redesigned for the Freelander 2, making it more like the Range Rover Evoque in appearance.

The 2.2-litre oil burner that produces 188bhp and 420Nm of maximum torque is carried over to the Freelander 2. The engine's NVH levels are adequate; the clatter melodrama is most noticeable during cold starts, but the noise subsides as the engine warms up. This vehicle has a smooth power delivery and no turbo lag. The engine's mid-range and low-end performance are both adequate.

The driving dynamics of the Freelander 2 are unaltered due to the absence of any changes to the vehicle's basis. At low and high speeds, the ride is composed and comfortable. On uneven roads, the suppleness is good and doesn't feel shaky.

With a more stylized exterior and interior, the titivated Freelander 2 has caught up to the competition. There will be little to complain about for critics who find the interiors to be basic. Land Rover has managed to maintain function over form with the Freelander 2 HSE, making it a good value for money.